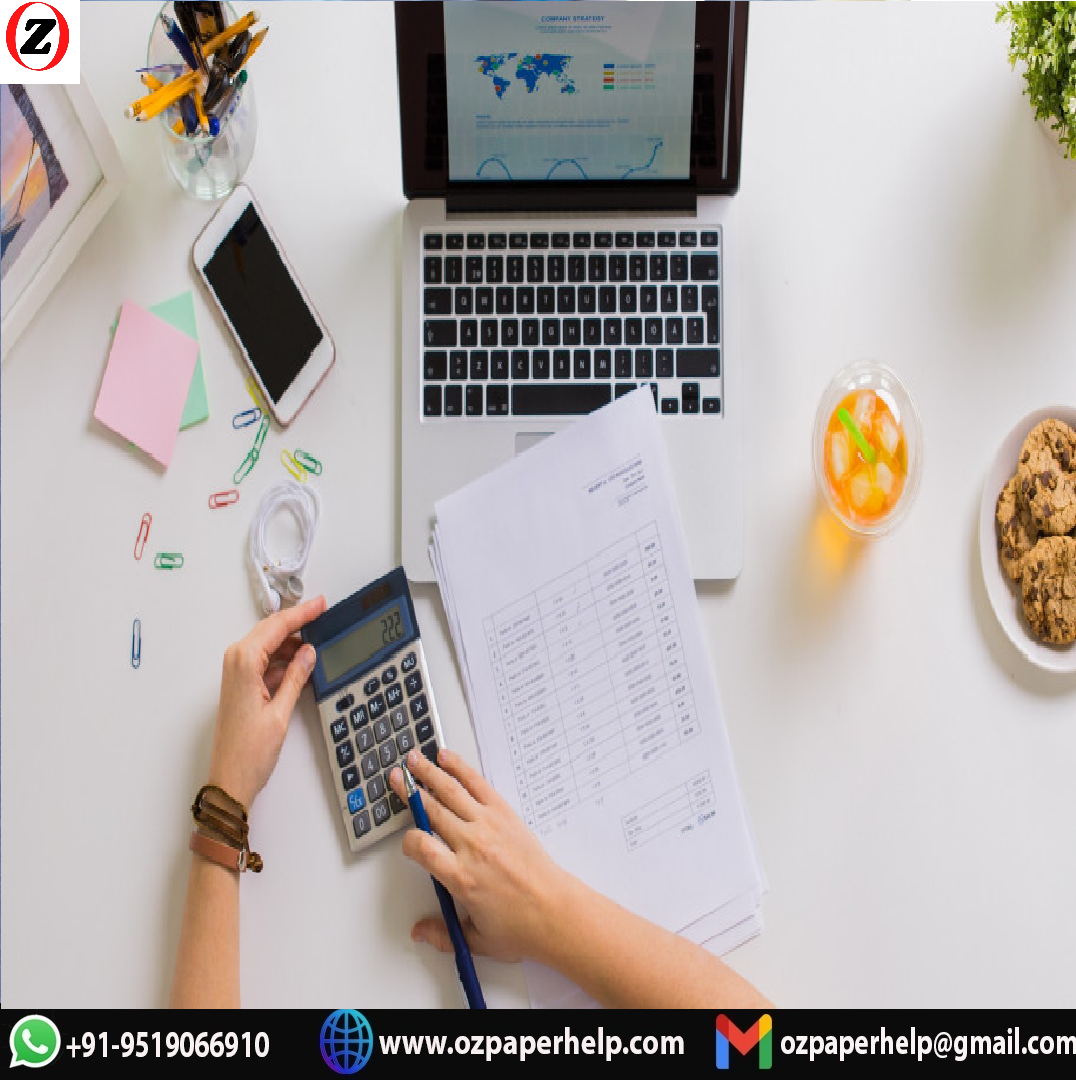 Financial report is presented as to disclose the process undertaken by organisations and includes financial information and activities of the organisation. The financial information which is the summary of the accounting data provides important information for the stakeholders. The stakeholders include investors, government regulators and even consumers. It includes the performance of the company within a certain specified period of time. It is even included in the annual report of the company which is made public. The financial report is generated to serve the purpose of making effective decisions that concerns the strategies and objectives of the company. In this report, the financial report of Estia Health and Mayne Pharma are generated to critically analyse it and the subsequent theories used by the company as to develop the report as per the conceptual framework with respect to accounting.

Background of the companies

The companies that are taken into consideration for the report are namely Estia Health and Mayne Pharma. Estia health is a leading company in Australia providing care for the aged (Estiahealth.com.au, 2018). The company is engaged in providing health care at levels which may be high or low in a personalised manner. Mayne Pharma is expertise in drug delivery to generic as well as branded pharmaceuticals (Maynepharma.com, 2018).It also provides for pharmaceutical services as per contracts.

A financial statement for general purpose is issued by the organisations (Mayne Pharma and Estia Health) throughout the year that helps the creditors as well as the investors for decision making. The financial statement includes statement of equity of owners and retained earnings, cash flows, balance sheets and so on (Muda et al. 2018, p. 1200).

Implying the accounting theories in the financial statement for general purpose helps develop a statement which enhances the decision making process of the business organisation and its related economy (DeFusco et al. 2015, p. 122). The accounting theories are operated on the basic four type’s assumptions which are entity, going concern, monetary unit and periodicity assumptions. The theories of accounting are to be developed to present transparency in case of accounting disclosures (Weygandt et al. 2015, p.134). This helps the investors to readily access the financial information of Mayne Pharma and Estia Health. This helps understand the underlying economics and information like price levels, market depths as well as the financial reports which are audited.

Obligations of the conceptual framework of accounting

The conceptual framework related to accounting evaluates the accounting practices of finance which are currently undertaken by the organisations (Accountingtools.com, 2017). It should emphasise and allow developing a new way to practice accounting. The conceptual framework is such that it must disclose the situation related to the finances of Mayne Pharma and Estia Health. This helps to assists investors in estimating the performance and value of the organisations. The conceptual framework should further disclose the predictive cash flows of the organisations in the future. In fact, it should disclose information about the investment positions of the companies and also the results of those investments in concern. The information to be provided is basically the profits of those investments in the company that will help investors decide the cash flows that can occur in the future. The disclosure should not include any false information by the organisations (Accaglobal.com, 2018).

Estia Health is limited by shares which are in Australia. It is a for-profit limited company and its shares are traded on the exchange of Australian Securities. The financial report had been prepared in accordance with the standards of the Australian Boards dealing with accounting standards and as per the Corporations Act 2001. It is based on historical cost but the investment properties and the derivative instruments of finance are at fair value. It is expressed in Australian Dollars and rounded off to nearest thousands. The current liability of the company has increased by $766,352,000. The financial report complies with the standard set by IFRS and issued by IASB. The company is found to follow the new interpretations of AASB.  The new interpretations in accounting that are implemented are those of accounting policies and related to the disclosures. As per the amendments to the accounting policies of 108 by AASB, the company has significantly changed its policies of accounting.  Since the 112 Income taxes of AASB states that the intangible assets cannot be amortised with time which is indefinite therefore the company chose to recover the carrying amount through sales. The group has also adopted a policy to calculate deferred taxes from intangible assets of indefinite life. This has also increased the rate of balances which are reported previously. The financial statement that is consolidated are on the basis of the financial reports of the company and are exposed as concerned to the rights of involving the investee in the returns (Gigler et al. 2014, p.367). The company is entitled to control an investee in case the investee is under its power, has right to have invariable returns by its involvement and has the power on the investee. The company assesses the power of its investees by including arrangements of the contracts with investee’s vote holders, rising from contractual arrangements and voting rights of the company. In such cases, the company even opts for reassessing the issues. The information regarding the assets, income, expenses and liabilities are mentioned in the profit or loss statements (Bonsall IV et al. 2017, p.350). It is even analysed that the company acquires a business by assessing its financial assets, liabilities which are appropriate for the designated terms as per the contract, its terms and economic circumstances. In case the fair value is measured to be in excess then the company again assesses the liabilities and all of the assets acquired (Ndofor et al. 2015, p.1700). If the fair value still exceeds then the aggregate is transferred and gain is taken as profit or loss. The goodwill is acquired from the date of acquisition and benefits are expected in combination (Higgins et al.2015, p. 450). In case the goodwill is allocated to the cash generated unit in which a part is disposed of then goodwill is measured on the disposed of as well as the remaining unit. The assets, as well as the liabilities, are based on the classification being classified or non-classified. Estia Health Limited is completely an Australian entity thus it implements the legislation of tax consolidation of June 2013. It has included the net GST and the payables under receivable in the financial statement. Cash flows are included in cash flow statement and GST of cash flow has been classified as operating cash flow. Borrowing costs are the interest as well as costs incurred for borrowing funds. The carrying amount is decreased by using account of allowance and the profit or loss statement is recognised. All the liabilities of finances are rated at fair value and borrowings or payables is directed as transaction cost as attributes. When the liability is discharged or cancelled or even expired then in such cases then it is derecognised. Provisions are discounted using the current rate of pre-tax. In case of discounting the increase in provisions is the financial cost. The fair value of all assets and liabilities are mentioned in the financial statement. In times when the fair value cannot be measured for the quoted price then the valuation techniques are used which consists of the DCF model. The changes to the assumptions of the factors of the model affect the fair value which is reported. Thus it shows the financial reported generated for Estia Health approves of the transparency of disclosures on the basis of which the report is prepared. This helps the investors, creditors, as well as the prospective investors, get a deep insight into the investment position of Estia Health.

Mayne Pharma is a company domiciled in Australia with its shares traded on the Australian Exchange. Hence it is found that it follows the standards of Australian Boards of accounting. Mayne has adopted the amendments of AASB 2016 which is being effective from January 2018. The amendment in the accounting policies meets the narrow situations to meet the obligations of the organisation. I am found that the Group has been subjected to various borrowings which were expressed in US dollars which were pushed into fixed interests. It showed the outstanding rates of borrowing. The company uses the substantial data available appropriate for the circumstances to measure the fair value by the use of observed inputs to the maximum and even minimised the use of inputs that are unobserved.  The accounting policies that are adopted by the company are adopted for taxation is required to be provided with judgements from the managers regarding deferred taxes. Assumptions on future profits which are taxable are dependent on capital management and future taxes. Research costs are considered. The expenses on researchers, individual projects which are in the developmental phase are considered as intangible assets. When the carrying amount of the balance sheets exceeds the level of the recoverable amount that is estimated it is considered as the impaired asset of the company (Nobes, 2014, p.145). The company uses the net value of the present. The company has even revised its accounting policies and interpreted it according to the Australian Standards. The company has so far not seen any improvements in the financial sector due to the revision that is the impact is yet not visible in the financial statements.

The recommendations for the changes in the financial reports of the two companies which are Mayne Pharma and Estia Health are based on the accounting standards of Australia. The recommendations are provided after undergoing a process of a thorough study of the financial reports generated by the companies. In case of the financial report of the Estia health and Mayne Pharma, it is recommended that the director takes the responsibility to create a fair and justified report which is in accordance with the accounting standards of the Australian Board and avoid anything that is apparently fraudulent or erratic.