Tools of memory based Assignment Help 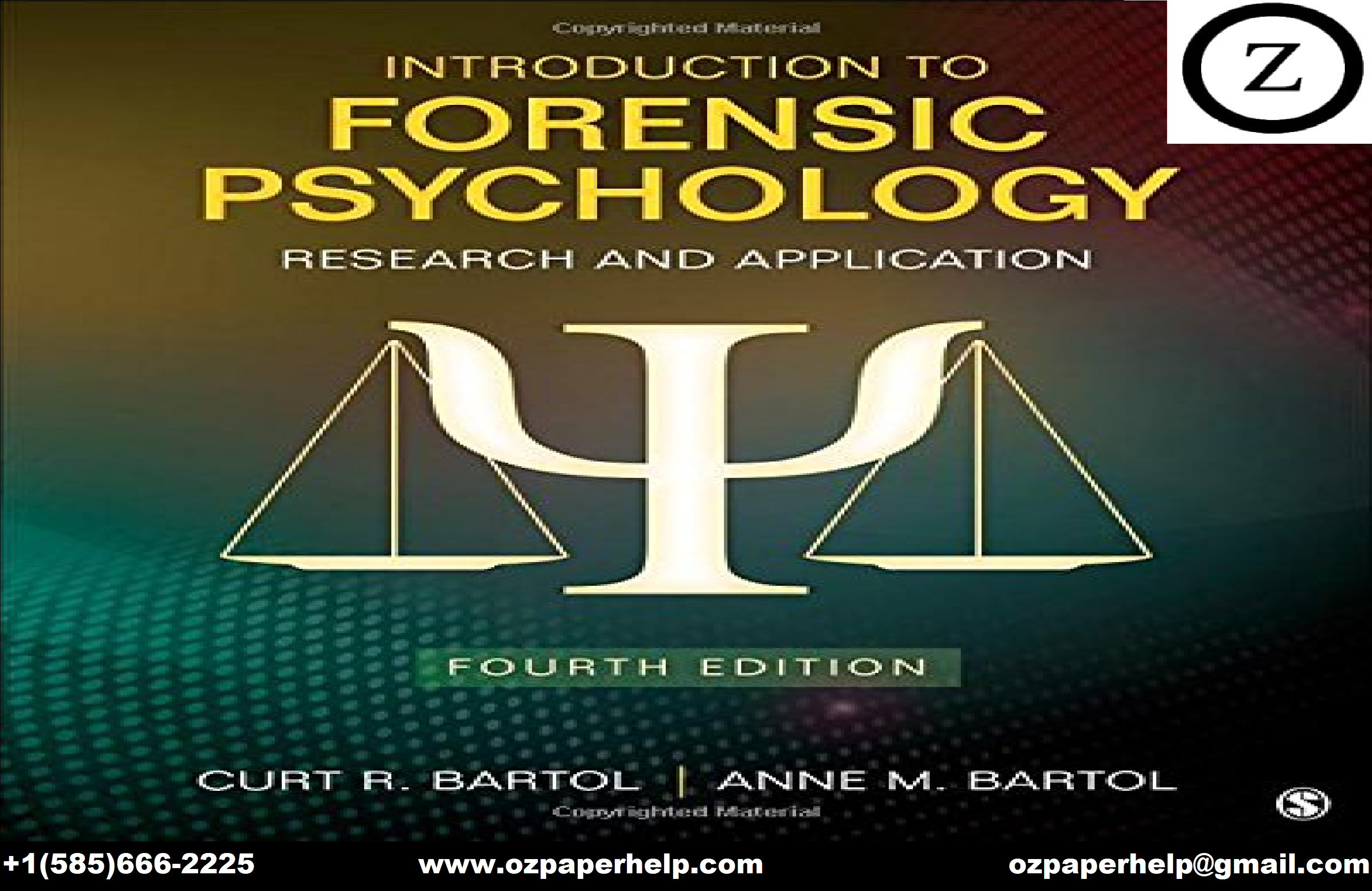 Introductionon
The Forensic psychology is an important aspect to identify an incident or event to prove any legal matter. In the present essay, the discussion is focused on the reliability of an eyewitness in a crime. Thus to evaluate the findings of the mentioned problem two different factors like age and personality would be discussed. In order to identify the need for an eyewitness the as a prime factor for a crime, different others factors related to it has to be determined properly. The factors are responsible to measure the reliability of that eyewitness for being presented in a crime case as evidence. The present study would consider the influence of the two mentioned factors on the reliability of an eyewitness.
Identification   of Area
The main aim of forensic psychology is to support the law in various aspects like in criminal cases, family and health problems or other court related issues. The role of an eyewitness is vital to prove a crime or for making a claim for justice. But there are several factors which can influence the relevance or authenticity of an eyewitness as prime evidence in some cases. These can be age, gender, personality and so on. They are related with each other and this can influence the relevancy of the eyewitness regarding the court process.
Factor   1
The description on the age factor
According to the science, the level of memory reduces or the capacity of holding some incident in brain decreased. This is because the number of active nerve cells responsible for the memory has decreased according to the age. Thus based on this theory the old age people are less reliable for being an eyewitness to a crime. As mentioned by Neal & Grisso (2014), in order to identify the effect of age on the reliability of the eyewitness, several studies have been done. In order to identify the individual person's' ability to recognise and recall some person or incident from some shown videos or characters, few questions were asked and based on the accuracy the level of memory has been determined. Recognition can be possible by measuring the stored material in the brain through the use of certain memory tests like asking questions, providing clues on some incident and the others. Another criterion to measure somebody's memory is the power of recalling like the ability to remember some materials or incidents based on some experienced incidents. The analysis of those two factors among the participants can help to standardize the memory level of the individual person based on their age. The reliability of the eyewitness depends on the memory level of the individual person based on their ages. As stated by Nicholls et al. (2015), the young adult eyewitness can be considered more reliable than the old age people with low memory level and low eyesight level based on their age. The number of errors met by the participants, the chance of reliability is less, whereas the less number of errors signifies more reliability.  The young adults are more confident on the cross-checking of several information has proven that they are more reliable. As stated by Murrie et al. (2013), the low level of eyesight can also be an influencing factor for the less reliability as an eyewitness. Like the memory level, the eyesight of a person has also reduced and creates a chance of less reliability of being an eyewitness.

Figure 1: Tools of memory based on age for a reliable eyewitness
(Source: http:ejlt.org, 2018)
Summary   of factor 1
In the ‘Influence of eyewitness age and recall error on mock juror decision-making’ study of Kaila and Joanna in 2014, a research on the influence of age on the reliability of the eyewitness had been done (Bruer & Pozzulo, 2014).  The aim of the above-mentioned study was to find out the reliability of the eyewitness based on their age. But there was lack of evidence to prove the data that age can affect the reliability of the eyewitness. Hence the mentioned study was an initiative to establish the authenticity of the fact that age can influence the reliability of the eyewitness. The study aimed to do a review of the existing studies. In the present study, the particular age group (4-20 years) had been chosen and based on some mock test on some incident. There is some rate of errors like 0, 3, and 6 to identify the effectiveness of the participants based on the asked questions. In this study, one exclusive factor has been considered which was not there in the previous studies that are the children with the age of 4-12 had been included but in the previous studies young adult to old people were included. Those young adults have made less number of errors which was less than 3 but the old age people were less appropriate in the cross-checking test which was more than 6.
Factor   2
A description on personality factor
Personality can be proven another important factor to determine the reliability of the eyewitness. There is some behavioural development which affects the personality building. The economic status, an influence of the family and some other factors are there which are responsible to build a personality for a child from its childhood. The way of upbringing is a very important factor to influence the behaviour of the person. Thus if the environment of the home is not well, if a child would not be taken care with sincerity then the personality of the person can be without any morality. A person without any moral values can be a suspect as an eyewitness to any event. As stated by Gavin (2013), the personality can be easily influence the effectiveness of reliability. Such as a person without any moral value can easily influence by the power of money, and some other influencing factors like that. Thus they are not the trusted source of an eyewitness. If a person is with a weak personality who can be easily influenced by threat or personal loss, then they cannot be considered as the trusted source of being a witness for some incident. They can change their mind frequently and create a lot of inconveniences, while being an eyewitness to some evidence. The age, power can be some influencing factor for being a reliable witness. As mentioned by Benjamin & Baker (2014), the young age people are having less fear of being threatened or harmed by the opponent. The economic power can also change somebody's personality. The wealthy persons are having the behaviour of superiority about themselves, where they do not bother much about anything. The economic power can make somebody's personality more reliable or less reliable depending on the situations. Gender can also be a confounding factor which influences the personality of a person. Females are considered more reliable as eyewitness than male. As stated by Hopwood & Sellbom (2013), the less anxiety, strong emotional controls are considered to be responsible for the more accuracy as an eyewitness.
Summary of factor 2
The study of Ahmed, in 2012, in the article of ‘Individual difference in personality and face identification’ was based on the face recognition quality of an individual based on the personality (Megreya & Bindemann, 2013). In the study, different observers have been taken irrespective of their age and social status for the identification of some faces based on their personality. Thus how the identification differs from one person to another has been tested and how the personality is influencing that factor, also been taken into account to identify. The result of face test was helpful for the researchers to identify the different personality of a different individual. This test has shown that the personality of the female observers is very clear and precise in the face determination. According to Pozzulo, Forth & Bennell (2015), their personality has reflected the sense of responsibility in the identification programme comparing the male member. This study has also shown the drawback of the performed procedure to identify the personality and also demands the need of further study on the same background in order to support the effect of female observer’s personality in face recognition process. Thus the study has concluded that there is a lot of future scope of study on this topic. According to Day et al. (2012), the number of evidence is required to make the fact reliable that gender can also affect the personality.
Conclusion
The whole study has considered the reliability of an eyewitness in the context of Forensic psychology.  In order to explain the different aspects of reliability of an eyewitness, two particular factors have been chosen for the discussion in the study. These factors are age and personality. Age is considered as a very important factor in order to prove the reliability. It can affect the accuracy of an incident in order to memory and eyesight based on the age. Several studies have shown that the young adult witness is the reliable source as a witness than the children or old age people.
java assignment help, java homework help, programming homework help, python assignment help, programming assignment, computer science assignment help, computer science homework help, python homework help, do my programming homework, computer science assignment, computer science homework, c++ homework help, java programming assignment help, php assignment help,