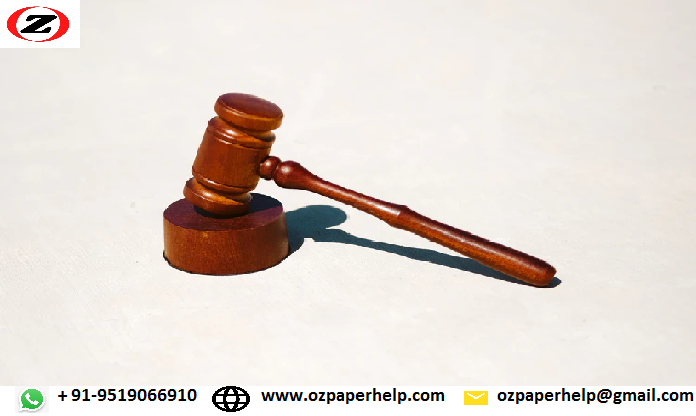 In the current case, a book written by Barbara on the demand of publisher would fetch her amount of $13,000 after publication. In the meantime, Barbara sold few of the manuscript to the publishers for an amount of $4350 and gain $3200 from the loyalty value of the copyrighted material. The following transactions have provided an amount of $20500 profit to Barbara on tax and can be claimed as a capital gain on tax. According to Section 29 (1) of the Price Act 1948 any individual can sale their works by maintaining the quality of material (Legislation.sa.gov.au, 2003). Similarly, Barbara can sell her literary work following the demand of the market and maintaining the quality of the work.

As there are few experts of the economic subject or researcher, therefore their work should be protected by the legislation of Copyright Act. Similarly, the literary work of Barbara should be protected under the provision of the Copyright Act 1968 (Legislation.gov.au, 2017). The provision of the Copyright Act 1968 provides a penalty for the unauthorised user of the copyrighted material for the action of infringement. Therefore, both Barbara and publishers should acquire knowledge of the copyright law's rules and regulation. In case of Vass v Nationwide News Pty Ltd [2016] NSWSC 1721, the honourable court provides that copyright material helps the author to acquire effective legal relief for the unauthorised use of the mark (Jade.io, 2016). According to the statutory of the Price Act 1948 provides standards regarding the price of any material have been provided. Similarly, in the case of Barbara, the publisher must acquire the knowledge of standards for setting up the price for the literary work of Barbara. Moreover, the rewards acquire by Barbara from her dedication to work should be calculated as the profit margin of her under the provision of the Income Tax Assessment ACT 1997 (Legislation.gov.au, 2017).

Providing analysis of the effect on the assessable income of Patrick

In this case study, it is mentioned about Patrick and David who joined togetherly to conduct new business. Partrick paid $52000 to his son David and David also agreed to return $58000 after five years. In this case study, it is seen that the loan which got provided to David by his father was conducted without any formal agreement. Patrick also said to his son that he has no to need to pay interest over that amount (Jade, 2017). David repaid the full amount after two years along with 5 per cent interest. Although it is said as per Australian law, in case of conducting any deal, the person needs to conduct that in a formal way by signing a paper.

Patrick or David both of them should have gone for a signed agreement to form a legal relation. The bond was developed in between father and son, thus they maintained the legal bond even without developing a proper deal. It is said that it is necessary to sign contracts so that the contract can be negotiated based on the argument. Business can be negotiated in this way so that a better contract can be developed (Legislation.sa.gov.au , 2003). In this way, business deals get ensured which later on helps in protecting the vulnerabilities of the contract. Both the dealer needs to sign on that paper as a part of the agreement.

In this way, assistance is necessary to be provided so that business can be developed in an effective manner. It is said in Australian law that the business is necessary to avoid business laws so that legal issues can be avoided (Legislation.gov.au, 2013). Thus, it is said to look after Australian Contract law in case of making any deal. In this way, payments get conducted in a proper manner and without any complications. Although in this case study it is seen that avid returned what he said to his father even in two years instead of 5 years. Conducting these things can be helpful for a business to go in the proper path along with integrating proper law.

From the above study, it is seen that Capital tax gain is termed as the difference between the actual prices of the asset to the sold price. It is seen that as per Section 108-10 Subsection 2 of the Income Tax Assessment Act 1997, it provides antique painting, which is termed as an asset. It is also mentioned that the taxpayer needs to stay liable for acquiring an interest that gets arisen from any materials. In this study, the copyright act was also mentioned as a part of it. It was mentioned that Copyright Act 1968 provides an opportunity for the copyright holder to seek legal relief. It also comes under knowing that from the second case study is about the literary work of Barbara should be protected under the provision of the Copyright Act 1968. It is seen that this act provides a penalty for conducting unauthorized use to the copyrighted material. It is also mentioned about Price Act 1948, which provides standards regarding the price of any material have been provided.