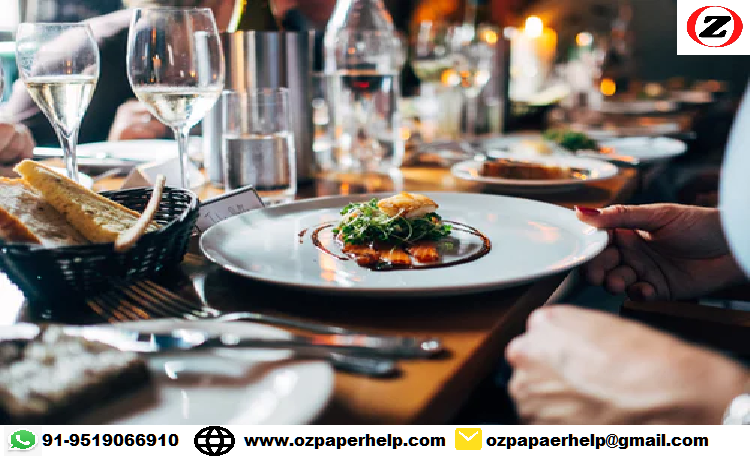 Statement of problem and research objective

The nightlife economy of Sydney regarding the business of food and beverages and its effects in the economy has been an issue in which a study has been done. The nightlife of Sydney and the way the nightlife has affected the business of the food and beverages in the city of Sydney has been discussed for the study. The nightlife is more prone to the adults and the teen agers in the city as there are a number of nightclubs and hubs in the city. The effect of strong legislation in the nightlife economy of beverages has been an alarming problem for the businessmen and that problem has been investigated in the report. Though Sydney has been the largest nightlife economy of Australia still there has been problem in the business of beverages. The city of Sydney has been amazing at night as it has theatres, live music, night markets, and comedy shows and also a number of nightclubs. The teen agers and the adults who usually attend all these events can drink alcohols. The intake of alcohols is more common among the people who are going to nightclubs. The Australian government is very strict regarding the image and prestige of their country and the policemen follow a strict rule regarding the people who disobey rules like rush driving after drinking alcohols and the occurrence of accidents due to violence between the alcoholics.

b To evaluate the factors leading to popularity in Sydney nightlife

d To give suggestions for overcoming the challenges

Design of the Research

This study will choose descriptive design as it helps in understanding the nightlife of Sydney. Sydney has been the major place for generating money and the nightlife of Sydney can be the best place for the businessmen for doing business of beverages and food (Bryman, 2016). The nightlife of Sydney is very lively and can be one of the most profitable places for the beverage business to grow faster. For the study of the above stated problem, an online survey will be done. The descriptive design will include the model of survey and the details are responsible for providing the details regarding the food lovers and the beverage lovers. The teenagers and the adults within the age of 25 years are more prone to move to the nightclubs and the tendency of drinking beverages among that age group is high. According to Bernard (2017), some of the people of that age group will be taken for a survey and the results according to that survey will be taken for that study. The design of the study is such that a stubborn conclusion can be drawn based on the survey results.

The study will be based on primary research methods that will be conducted through survey against some quantitative data. Random selection of teenagers will be done and a study will be prepared based on the conditions of the teenagers who will have taken alcohol in different events. The level of alcohol intake until which the person can remain normal and the alcohol percentage in the body which can be allowed by the government to drive the cars will also be studied (McCusker and Gunaydin, 2015). The percentage intake of alcohols which can make a person completely drunk will also be determined from the survey though it varies from person to person. The survey can also help in determining the business growth of the food industries and the beverage industries in the nightlife of Sydney. The research method that will be conducted using the survey can affect the lifestyle of the people of city of Sydney. Data can also be collected by doing a survey of the managers of the nightclubs and the businessmen who are existing in the market of Sydney at night. The data of the sale of beverages in the night clubs will be collected for assessing the economic growth of Sydney at night.

The night economy of Sydney is at its growth in the market as the nightlife of Sydney is quite active. According to the survey it has been found that the alcohol intake varies from person to person and the level of accepting the alcohol and controlling them is dependent upon the person who is drinking it. As commented by Mayoh and Onwuegbuzie (2015), the survey can give the idea of the age group of the people who are more prone to alcohol intake. The age groups who enjoy nightlife of Sydney but do not take the alcohol and only take the food are also highlighted. The survey is therefore able to make a clear idea about the economic growth of the Sydney at night.

The primary quantitative data has been taken for analysis in the survey which has helped in better understanding of the nightlife economy of the Sydney in the country of Australia. The survey is based on the number of teenagers who are out in the night and the amount of business profits that are gained by the different beverage business and the food industry has been noted after the survey. The primary survey includes the survey of face to face done by the people who are out on enjoying the nightlife of Sydney. The business man who has helped in successfully completing the survey will play an important role in the survey. The successful completion of survey depends highly on the cooperation of the people and the number of accidents that has occurred in the nightlife has also been noted in the survey (Perks and Maruyama, 2017). The survey of teenagers and the adult group within 25 years of age will be the best one selected for the survey on the topic of nightlife in the city of Sydney. The survey will be done to understand the risks associated with the beverage sell in the nightlife of Sydney and the relation with the occurrence of the different kinds of accidents associated with the beverage intake in by the people.