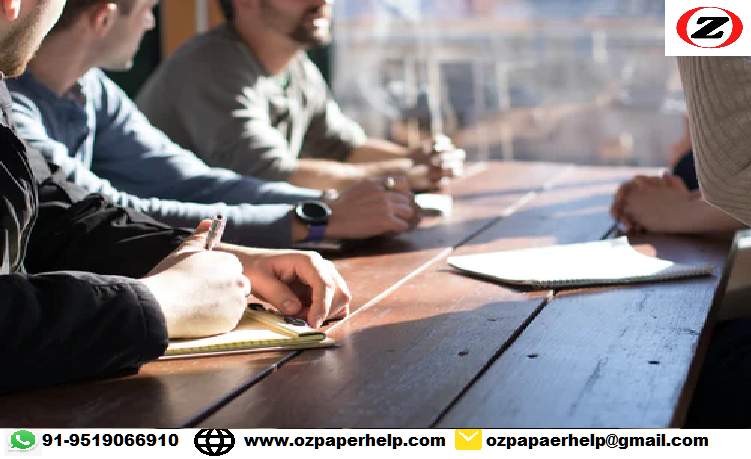 Employees of the building block of any organisation. It is important to note that every employee desire to be recognised in an organisation and ensure that their sustenance in the organisation for the long run prevails successfully. However, in the modern era of technological advancement which led to the development of artificial intelligence as well as robotic have usually impacted the human resource management initiatives as well as is in a words of necessity to balance the utilization of technological advancement in the fields of artificial intelligence as well as the employees that were employed within the organisation. The desire of recognition is due to establishing themselves a stable employees within the organisation ensure that their individual goals are maximized along with the overall organisational goals (West, 2015). The individual goals encompasses career growth opportunities, facilities available for training and development, reward system as well as bonus is which are the token of appreciation for performance appraisal and many more. In any organisation development in its resources are one of the important aspect of concern. If the utility of the resources gets enhanced overtime then it benefits the organisational performance as well as assist the organisation to create its position in a significant manner within the industry in which it operates. On this regard it is to be noted that both Technology as well as employees are the major stakeholders of the organisation along with the consumers for which any organisation operates is business. To emphasize this issue it can be put for that different segments in which development taking place artificial intelligence as well as Robotics plays a major role since they are one of them (Pham et al, 2018). However, the current scenario reviews the imbalance that exist in the business environment due to advancement in others segment of resources that are also a part of organisation since it enhances the performance of the in the long run. On this regard, it is to be noted that apart from consumers, suppliers, staffs of the workplace, employers, government, etc. employees also one of the important stakeholder within an organisation since it is able to influence the performance of the organisation. Along with that technology is the instrument based upon which the organisational performance also get influenced. In a world that is being built by the human society this kind of outcome is not acceptable (Huang and Rust, 2018). Sufficient measures are required in order to ensure economic development along with encouraging advancement artificial Intelligence and Robotics but not at the cost of enhancing employee turnover. The main theme or purpose of the paper is to delve into the aspect of dramatic changes that have taken place over the past few decades and the undergoing scenario of organizational workplace culture regarding management of human resources that can change over the future due to the challenges faced by the employees for the advancement area of artificial intelligence as well as the new generation of robotics.

Every organisation operates with an objective and purpose for its operation. Whether it be hairdresser, food and beverage attendant, meteorologist, chef or qualified cook, accountant, doctor, child care worker, teacher, nurse, hotel Manager, train driver, taxi Driver, pilot, scientist, recruiter, construction worker, university lecturer, data analyst, etc. and various other specialist in their fields requires to get recognized based on their skills and expertise in their respective fields (Wisskirchen et al, 2017). Thus in several cases it has been observed that optimal utilization of Technologies due to advancement in the field of robotics and artificial intelligence often leads to replacement of the employees and it better off the organisation performance by worsening off the Welfare of the employees.
Taxi Driver
Taxi is regarded as one of the major medium of transportation which has been significantly affected by improvement in artificial intelligence as well as robotics. It is been found that in the era of the 1970s and 1980s most of the taxi drivers used to operate their taxes manually and successfully provide assistance to common people by transporting them from one place to another. It is been found that nearby 80% of the taxi driver nowadays utilizes artificial intelligence as well as Robotics in their taxes in order to provide better satisfaction to their customers. This is due to ensuring that more and more customers avail their services which will maximize their business performance individually as well as the organisations for which they work. Their earning will get maximized followed by maximization of the performance of the organisation (Huang and Rust, 2018). But when the taxi driver works for an organisation it is sometimes the endeavour of the organisation to lower the wages of the taxi drivers by incorporating beta Technologies of artificial intelligence which simultaneously maximizes the consumer satisfaction. Moreover, if possible nowadays several organisation is in an endeavour to provide automated tax is where no driver will be required and this will higher the unemployment rate (West, 2015).
From a clear prospective a profit maximization the initial technological investment caused due to incorporation of Artificial Intelligence and Robotics within the cars is higher though in the long run the profit get maximized for the organisation since they do not have to bear the employment cost of the taxi drivers. It is been seen in such scenario that the Employment generation is getting lowered due to presence of the utilisation of technological advancement in terms of artificial intelligence as well as Robotics as they are able to replace the taxi drivers and create automated cars which can serve the same purpose followed by generating higher revenue for the organisations (Pham et al, 2018). This is not at all acceptable as it reduces the employment rate and creates unemployment with an economy. There should be a balance between utilization of artificial intelligence which is a need of the hour due to its technological advancement and the ability of artificial intelligence to accomplish repetitive or sequential works that have technical superiority and less human errors. Individual taxi drivers may obtain benefit from the incorporation of Artificial Intelligence and Robotics in their providence of services to the consumers but the taxi drivers who work for the organisation may lose their job in the long run.

Hotel managers have to accomplished several tax simultaneously and in order to reduce the complexity of their work there is preference for incorporating Artificial Intelligence and the usage of robotics. Bearing the cost of receptionist, floor boy, service Delivery boys, food and beverage query related customer support employees, etc. hotels are in an endeavour to replace their services by automated system and utilization of robots that are efficient in artificial intelligence. This is due to the fact that the complexity of the work are freed from human errors as well as the functionality of the walk enhances the performance of the hotels. In the year of 1970s, 1980s, even in the 1990s and the millennium it is been found that the hotel managers focus their work in serving the consumer better followed by anticipating their needs and responding them in a better way based upon the customer feedbacks (Brougham and Haar, 2018). But in the process of maximizing customer satisfaction they are reducing involvement of employees, staffs and other important stakeholders due to the reason that Artificial Intelligence and usage of robotic and efficiently perform the same activities which are greater pace.

This may maximize the profit of the hotels as well as performance of the hotel managers followed by reducing the number of employees that works for the hotel and replacing them in written with instruments that are advanced in artificial intelligence and robotics. However, in the long run this is affecting the oval economic scenario of a country by reducing the employment rate and enhancing the usage of extensive Technology based system. Nevertheless, in any scenario if the technology do not function properly in that case there will be in a greater problem (Pham et al, 2018). The scenario reveals the fact that utilisation of Artificial Intelligence and Robotics may provide greater profit maximization ability for the hotel industry but at the cost of that employees are losing their job and the aspect of customer satisfaction and its maximization is becoming a play of the virtual world (Niewiadomski and Anderson, 2017). The incorporation of artificial intelligence as well as Robotics may temporarily reduce human errors as well as enhance the purpose of the organisations to maximize their profit followed by lowering human interference and replacing them with machines that reduces complex simplify the work of the hotel managers but simultaneously these are affecting the overall economic stability which is going to be a matter of severe concern in the near future. It should be noted that the hotel industry should focus upon not lowering their employees for reducing providence of payments of the employees or sacking them due to presence of artificial intelligence as this tool have the ability to replace the employees work and provide efficient service which is the major purpose of the organisation rather the organisation should focus on maintaining a clear balance between human resources utilisation as well as artificial intelligence simultaneously. The usage of one should not version of the other rather their usage should be mutually optimal. Which signifies the fact that simultaneously both human and artificial intelligence should be utilised maintaining a balance by the organisation and both of these segments which are crucial resources of an organisation should simultaneously get better off.