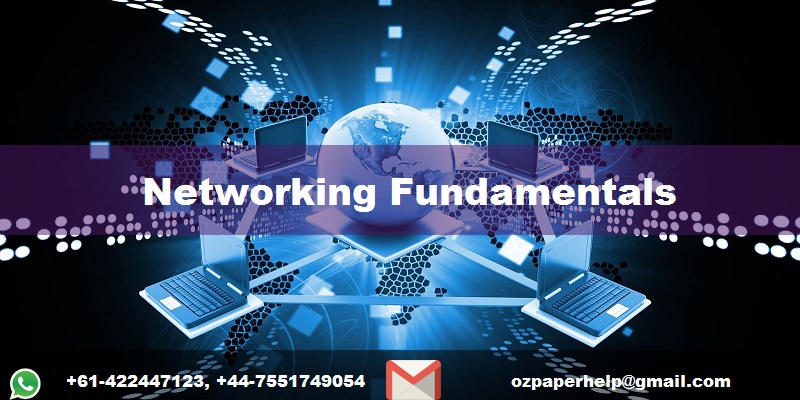 The purpose of this assignment is to shed light on the fundamentals of computer networking. The assignment will portray the issues of interoperability for flawless connectivity in context to the OSI model. The assignment will also present a sketch of the OSI layered architecture and discuss its history along with the functioning of each OSI layer. In addition, the assignment would also present a detailed comparison of the TCP/IP models and the OSI models. In this assignment, the protocols at the OSI layers will be discussed along with its functionalities and the standardising bodies for the protocols will be identified. Additionally, comparative analysis regarding the appropriateness of distinct media types used for enabling network connectivity will be illustrated in this assignment.

To address the interoperability issue for seamless connectivity to each floor you must discuss the OSI layered architecture, its history, the functioning of each layer

Interoperability is the ability of the systems to function with other systems without any special effort. Interoperability of the system makes it possible for the computer systems to share resources between various systems connected to the network without any kind of restriction [1]. The sharing of data can be done through software as well as hardware.

The OSI (Open Systems Interconnection) model is a logical and conceptual layout, which defines the communication between the networks used by the computer systems in order to connect with one another. Further, the OSI model is categorized into seven layers or sub-components and each of the layers presents a conceptual and logical accumulation of services [3]. The OSI model also illustrates the conceptual network alongside the packets transferred by the computers using distinctive protocol layers. It is also known as the seven-layer model.

Functionality of each OSI layer:

The seven layers of OSI model are as follows:

The function of the physical layer includes transmitting the raw bits across a specific communication channel. It also provides hardware means for receiving and sending data on the carrier [2].

The function of the network layer includes providing routing and switching technologies. It also creates logical paths called virtual circuits in order to transfer data from one node to another. The main function of this layer involves forwarding and routing. It also involves functioning such as internetworking, addressing, congestion control, error handling, and packet sequencing.

The functioning of the transport layer of OSI model includes transparent transferring of data and information among hosts or end systems. It is also accountable for flow control and end-to-end recovery of errors. Further, the function of the transport layer also involves ensuring complete transfer of data. Another functioning of the layer comprises of identifying the applications, segmentation of the data for transportation across the network.

The functioning of the session layer constitutes of developing virtual connections among the application entities, synchronization of the data flow, and creating dialog units. The session layer deals with the connection and session coordination.

The functionality of the presentation layer involves encryption as well as decryption of the messages transmitted for security purpose. Another function of the presentation layer includes expansion and compression of the messages in order to ensure it travels efficiently. It plays a vital role in formatting the graphics and translating the content as well as it provides system specific translation. It translates the data from application format to network format and vice versa.