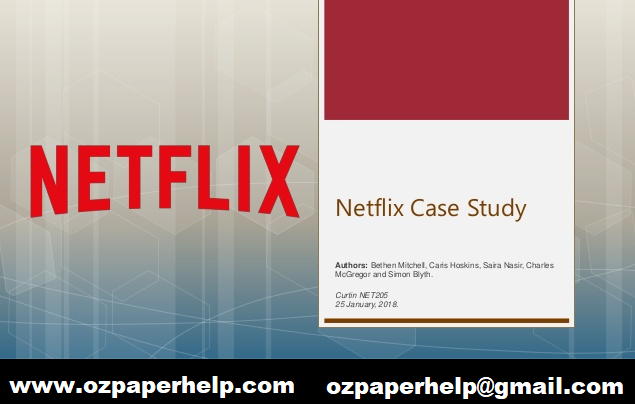 As per view of Chawla, Hartline and Sivan (2019), the main three challenges which Netflix faces are:

Keeping new subscribers growing - New subscriber growth continues to be a puzzling data point for Netflix investors. This will continue to bother as Netflix continues its heavy foreign-market pressures. As a result of relatively new Netflix markets, subscription growth is a hard to estimate statistic, because it is (partly) reliant on the viral success of its programs. They have launched just in several of these countries in how vigorously they sell and word of customers. Content marketing and streaming expenditure went up from $308 and in case of new subscriber increased in 2012 to $581. On the other hand, subscriber and revenue growth are slowing. The organization’s incremental spending is 50 % higher per annum than its incremental profit.

Strengthening competition - To the degree that Netflix has endured price rises in the past that were because of the first-mover advantage of the business. Now, Netflix is facing competition from HBO Now, Hulu, and Amazon Prime Video, and the competition will only intensify. During the next two years NBC Universal (CMCSA), Disney, and Time Warner (T) will all launch its services for streaming. Disney's massively successful tent pole franchises give it a big advantage in the wars that are raging. It will be the sole location for Disney movies and series, along with material from Pixar, Marvel, National Geographic and Star Wars. But it is not precisely the content mix that presents the biggest direct challenge for Netflix.

The rising cost of content - Netflix reportedly spent $100 million for renewing its 'Friends' concession until the end of the year 2019 has recently shown the potential for higher programming costs. It was coming up from $30 million the company had received earlier. However, it is not about creating or acquiring material that needs big bucks to be implemented — it's always making sure the material is presented. Netflix has $19 billion in content-related investment commitments and still losing money with Netflix, it needs to prove it will keep growing their subscribers at a pace commensurate along with the investment.

As per view of Lobato (2019) the strategic key elements of Netflix are following:

Strategy for Internationalisation and Localisation - Netflix is distributed in over 190 countries and by the usage of strategically positioned servers in the different locations of the world, the organization can meet its global target market online. It's worth noting that Netflix uses the Amazon Web Services’ cloud computing platform which makes their services more globally available, cost-effective, computing capability on a larger scale. The organization can manage its processes through the cloud storage which manages to make the services properly available worldwide, and reduce the risks associated with network outages and bandwidth traffic. As part of its marketing policy, Netflix has always used a localization approach. The firm has secured licenses for distributing the content which is not only from Hollywood producers but also from the other regional producers. Netflix also secured licenses to sell their content not just from Hollywood producers but also from national producers.

Strategy for Diversification By content creation - Netflix is primarily a service provider that streams video on demand. Such video content includes television shows, animations, documentaries, and films produced by the Americans and other countries as well such as France, Germany, the United Kingdom, Korea, India, and Japan. Nevertheless, the firm is been diversified for including several subsidiaries. Able to co-produce or produce its content, Netflix will encourage its online streaming service's exclusiveness. This helps it to contend more against production firms or studios and TV networks that already provide subscription platforms such as HBO and Fox Studios.

Marketing and marketing strategies - The Company's marketing strategy is relatively straight forward. Since it is an internet or online company that meets the primary principles regarding e-commerce, Netflix makes effective usage of different activities of digital marketing. It also uses internet advertising for promoting its content and streaming services, in particular social media ad placements, website and blog publishing, search engines and mobile apps. Promotional tactics are also a vital part of for Netflix regarding their entire marketing plan. Netflix offers a 1-month trial period for enticing the new customers to become their subscribers. This can be recognised as a special tactic for sales promotion. Pricing model for Netflix is considerably flexible.

Building capabilities and technological strategy – Netflix primary electronic commerce structure or concepts which means it is based on technologies of digital and internet communications. The corporation wants for using virtualization or cloud computing for support its intended domestic markets and global audience. Cloud storage gives Netflix with many opportunities, including operational and cost flexibility regarding the absence of the need to manage and build server global scalability and physical network, infrastructure, and power outage workarounds and network.

Netflix has historically been considered a cable adversary and is the key method used to facilitate cord-cutting. This latest approach effectively places Netflix as a distribution provider of content partnering with cable providers. Netflix Is rapidly becoming cable TV non-alternatives. Netflix can distinguish itself from the cable TV shows by making its content, and draw new viewers looking for new programs, not retreats from cable networks. Netflix subscribers don't need a TV contract, the only thing they need to have is an Internet connection to use the service. This allows the customer to save the cost of the TV bundle and pay a monthly fee to stream the content one wishes to stream at any time (Fernández Gómez and Martín Quevedo, 2018). Production of the original films, however, is much more costly than licensing existing material. Netflix has a deal with the Weinstein Corporation, a major American cinema studio and distributor of 10 films awarded by the academy to become an exclusive tv streaming platform for the film studio's material beginning in h year 2016. This transition places Netflix in the same Premium Channel Provider League and puts Showtime in a major competition with others, such as Starz, HBO, A&E.

The Netflix Company is attacking the much broader cable TV market, which is based on a drastically different infrastructure and business model that few people see and then increasing subscription prices higher than inflation. OTT streaming services users were greater than Cable TV streaming service users for the first time. Netflix has a wide regional watching group that encourages new friends to share their shows in the digital cloud, internet and social worlds (Fernández Gómez, and Martín Quevedo, 2018). The cable television industry is forced to withdraw from its bundling activities and offer viewers the option of selecting only certain channels they currently watch. Profit is plummeting in the television market. Netflix aims to threaten the cable networks by producing its Original shows and adding comedy and documentaries to the mix.

Netflix is competing with Amazon, Apple, and Google because they all provide a similar streaming service. As per view of Budzinski, Gänßle and Lindstädt 2020, Netflix’s strengths include its brand awareness, its content range, and its recommendation algorithms. Netflix is a distributor of internet content and a provider of the content. They compete with other content providers and distributors. Apple and Google are distributors and Amazon is a distributor of content from the providers and the internet. Google and Apple are more allies with Netflix than rivals and Netflix is a big part of their ecosystems. Apple and Google don't matter where the content comes from and none of them as distributors makes significant money.

Netflix has many formidable rivals given the strong internet brand. There's no unique technology in it. Amazon, Apple and Google have noted the popularity of Netflix's subscription platform. Disney and Verizon launched an ad-supported premium, internet subscription service, which often streams content on their smartphones. Such companies are tech firms that have a large number of Web users, big brand names. Apple is the pioneer in streaming movies and owns iTunes, the world's largest online media store for buying videos, music, and TV series, as well as a long list of popular original TV shows and movies. Competitors at Netflix have really deep pockets. Netflix has creative rivals and new content development. Apple and Amazon have much wider user lists and their expectations. Google relies on its video channel program on pursuing long-form content creators. They have also started their streaming services with Amazon, Apple, and Google.

Strengths of Netflix bring in the market: The three giants are supplying Internet users with alternate exposure to the movies. The strengths of Netflix are its differentiating factors such as brand awareness; algorithms that help viewers locate TV shows and movies, and a growing number of production studios providing original content (Safian, 2018). Netflix may have produced a modern streaming environment, and content creation, but may not survive. One of Netflix’s principal strengths is the string brand value it has developed over time. It is among the most popular Internet TV network brands in the market. Continuous emphasis on customer interaction and business entry has resulted in high success, confidence, and loyalty to the customers. Netflix offers a comprehensive collection of original film series, documentaries and video content. The strength of the Netflix platform is friendly to its customers. Its user interface is easy to use and technologically advanced.

Groshek, J., and Krongard, S., 2016. Netflix and engage? Implications for streaming television on political participation during the 2016 US presidential campaign. Social Sciences, 5(4), p.65.