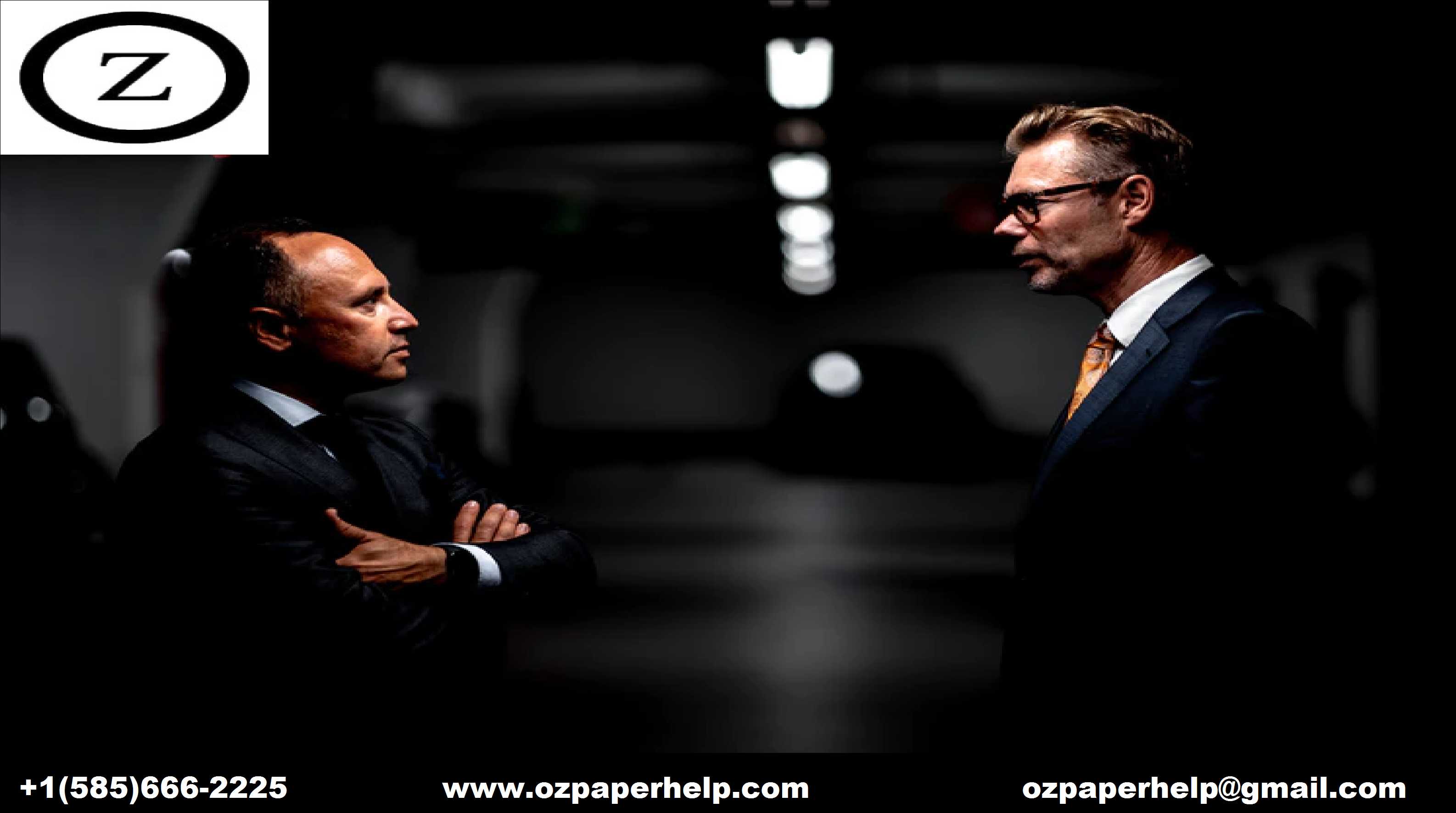 Discussion and Analysis (“MD&A”) supplements, but does not form part of, the audited consolidated financial statements of the Company for the year ended June 30, 2017 and notes thereto. The following information, prepared as of September 29, 2017, should be read in conjunction with the Company’s audited consolidated financial statements for the year ended June 30, 2017 and notes thereto. The Company reports its financial position, results of operations and cash flows in accordance with International Financial Reporting Standards (“IFRS”) as issued by the International Accounting Standards Board (“IASB”). All amounts are expressed in Australian dollars unless otherwise indicated.  Additional information relevant to the Company’s activities can be found on SEDAR at www.sedar.com.

This MD&A may contain “forward‐looking information” under applicable Canadian securities laws that reflect the Company’s current expectations and projections about its future results.  When used in this MD&A, words such as “will”, “may”, “should”, “estimate”, “intend”, “expect”, “anticipate” and similar expressions are intended to identify forward‐looking information, which, by its very nature, is not a guarantee of the Company’s future operational or financial performance.  Forward‐looking information includes statements that are not historical facts and includes but is not limited to:  Estimates and their underlying assumptions; A. Statements regarding plans, objectives and expectations with respect to the effectiveness of the Company’s business model, future operations, the impact of regulatory initiatives on the Company’s operations and market opportunities; B. General industry and macroeconomic growth rates;

Forward‐looking information used in this MD&A is subject to various known and unknown risks, uncertainties and other factors, most of which are difficult to predict and generally beyond the control of the Company.  These risks, uncertainties and other factors may include, but are not limited to, unavailability of financing, failure to identify commercially viable mineral reserves, fluctuations in the market valuation for commodities, difficulties in obtaining required approvals for the development of a mineral project, and other factors.  With respect to forward‐looking information contained in this MD&A, the Company has made assumptions.     Management’s Discussion & Analysis June 30, 2017

CORPORATE HIGHLIGHTS On November 7, 2016, the Company reported an initial Mineral Resource estimate for the Namdini Gold Project of 3.8 Moz Au of Inferred and 0.25 Moz Au of Indicated gold resources, at a 0.5 g/t gold cut‐off grade, calculated in accordance with the JORC 2012 Code.

On July 27, 2017, the Company reported results for Phase Two of its metallurgical test programme at Namdini.  Utilizing standard gold recovery techniques, the Company demonstrated a gold recovery rate of 86% with a conventional grind‐flotation‐regrind‐CIL flowsheet.

On July 13, 2017, the Company reported that a Large‐Scale Mining License for Namdini was granted by the Minister of Lands and Natural Resources of Ghana. Additionally, the Company has executed the necessary documentation to assign the ‘Namdini Mining Licence’ to a wholly owned subsidiary of Cardinal.    Subsequent to June 30, 2017, the Company acquired two large scale prospecting licences located in Northeastern Ghana from a subsidiary of Kinross Gold Corp. The licenses are strategically located adjacent to Cardinal’s Ndongo tenement and cover 114 square kilometers, thereby increasing the combined Ndongo tenements to 287 square kilometers.  The enlarged area significantly increases Cardinal’s landholdings over the Namdini major regional shear.  On July 10, 2017, the ordinary shares of the Company began trading in Canada, on the TSX, under the symbol “CDV”.

On April 12, 2017, following the receipt of Shareholder approval, 26,000,000 unlisted options (“Unlisted Options”) were issued to certain officers and directors of the Corporation. Such Unlisted Options vest in three tranches upon the achievement of certain specified performance criteria, have an exercise price of $0.50 and expire on April 12, 2022. On August 1, 2017, 2,500,000 unlisted options were cancelled.

As at June 30, 2017, cash and cash equivalents amounted to $28,592,718 (June 30, 2016 ‐ $4,864,822). OUTLOOK  The Company is focused on the development of the Namdini Project through a Mineral Resource expansion drilling programme and engineering studies, which will form the basis of a Preliminary Economic Assessment (“PEA”).  Additional drilling is in progress to further improve Mineral Resource classification and to further expand the resource. Cardinal anticipates continued newsflow and is planning another Mineral Resource update which will feed into the ongoing PEA study.

On May 11, 2017, Savannah and CMS entered into an amending agreement to the Savannah Agreement that, among other things, defines “entire gross mineral values” as “the amount equal to the difference of (a) the gross proceeds received by or on behalf of, or applied for the benefit of, SML from the sale or other disposal of any mineral or metallic product extracted and recovered from the area covered by the Mining License(s) to any party other than CMS or any affiliate of CMS less (b) any taxes or royalties that were paid by SML (other than any such taxes or royalties that were paid by SML using funds provided by CMS or an affiliate of CMS).” Pursuant to the Savannah Agreement, Savannah has entered into Sale and Purchase Agreements and license relinquishment agreements with holders of small scale mining licenses within the area of the Namdini Lease (as defined below) where the holders of these small‐scale mining licenses will have surrendered their small‐scale mining licenses and all mineral rights to form part of the proposed

Namdini Lease area. The small‐scale licenses are in the process of being surrendered. The Savannah Agreement has an indefinite term, and neither party is entitled

CMS is entitled to assign its rights and obligations under the Option Agreement in its absolute discretion and the other parties to the Option Agreement are not permitted to assign their rights or obligations thereunder without the written consent of CMS. The Minister signed a mining lease for Savannah (the “Namdini Lease”) on October 12, 2016 over an area of approximately 19.54 km² in the Dakoto area of the Talensi District Assembly in the Upper East Region of Ghana. The Namdini Lease is for an initial period of fifteen years ending October 11, 2031. An application can also be submitted for an extension of the Namdini Lease if required.  The Namdini Lease is currently being processed by the Ghana Government.  The final registration of the Namdini Lease to Savannah by the Ghana Government was completed during July 2017.  Cardinal and Savannah have both signed the necessary documentation to assign the Namdini Mining License to Cardinal Namdini Mining Limited (Cardinal Namdini), a wholly owned subsidiary of Cardinal, for $1.00 as per the Savannah Agreement.   There are 82 small scale mining licenses within the area of the Namdini Lease. It is Cardinal’s

Savannah, CMS, CNM and Mr. Easah signed an agreement (the “Option Exercise Deed”) giving effect to and providing for the assignment of the Namdini Lease to CNM. Pursuant to the Option Exercise Deed, the parties agreed that, upon receipt of a written direction in agreed form from CMS, Savannah would take all action and execute all instruments required to effect the assignment of all of Savannah’s rights and obligations