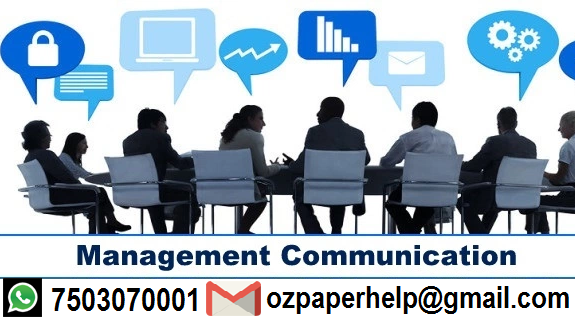 This report identifies and examines the principles of effective verbal communication which have not adhered in the case study. The primary reason why the group has failed is effective communication and time management problem. There is a lack of interpersonal skill like conflict solving and time management among the team members. Besides that, the intercultural awareness is not the part of the ability of the team members to understand the weaknesses of others. Team development is one of the essential parts, and the property is not formed under this case study because of the absence of team members. The team communication is absent, and the entire team member has not corporate. There are some roles and responsibility which has to take by each of the team members, but in this case three of the team members did not take any responsibility. Finally because of personal and professional reasons the team members were not able to appear in the meeting for the project work and therefore the time management skill became one of their weakest points. Finally, it can be said that for developing the performance of the team the few areas identified in the analysis and the recommendation made from the analysis need to understand and implement by the team for future.

The given case study of this assignment focuses on the lack of teamwork abilities. There are several individual skills which are required for doing work together under one team. This case study has focused on various reasons behind the failure of teamwork and also tries to understand what the primary reasons behind this failure are. In addition to that, the future recommendation for the team is also part of this assignment to know how to recover the different conflicts happened within the organisation and affected on the result. The teacher gives the project assignment in the class and within a group of 6 students. Each of the team members is associated with their problems in the personal life. Therefore there is a considerable miscommunication in the process of doing this teamwork. Besides that, none of the six students has taken the initiative in the early stage of teacher’s declaration. They have visited three weeks which is a significant reason behind the failure of the project. There is also an equal contribution of the team members in the process of doing this team project. In this assignment, the case study will be analysed to understand the failure of different skill required for this team with the help of appropriate use of theory. The future recommendation will be part of the assignment for the future performance of this team.

The final project and presentation developed by this selected team are lacking equal contribution of each of the team member. Besides that, the initiative of starting the project work is also taken very late. All of this reason behind the failure of the project has occurred because of different type of internal problems within the team. For example, the team development, time management and communication within the team are not appropriate.

The intercultural awareness can be made up with the process of intercultural communication and education. There are cross-cultural differences within this team. Intercultural awareness is known as an understanding which helps an individual in understanding the differences and similarities between their own and other cultures (Carlopio et al. 2012). The background of each of the student is different and two of them Anna and Lani are the international students. Therefore they have some problems in the process of communicating with others. For example, Anna is not comfortable with speaking in English. English is her second language; therefore, she needs extra assistance for her studies.

For the process of team development, there is essentiality of selecting a team leader who can assess the team in accomplishing the work. There are various theories which can be adopted for the process of team development. The Tuckman's 5 stage team development model highlights the areas of team development. In the first stage of team development which is forming, team members try to understand and explore the behaviour of the team member for understanding the expectation (Carlson et al. 2017). In the next stage storming, development of leadership or control within the team is done for minimising the effect of conflict. In the third stage, Norming is followed for making a balance within the conflicting forces. In the fourth Stage, which is known as performing, the task of accomplishing the objective is performed as a group adjective. Finally, the adjourning step is associated with completing the purpose of team formation after its fulfilment (Shuffler et al. 2018).

But this group of people is not able to form any team. All of the stages are missing in the case study given. Even the primary meeting for developing is the team with all of the team members is not seen.

For any teamwork, a basic level of team communication is highly required. The communication within the team is useful for developing a connection with each other. Initially, the communication of this team is not seen for the first three weeks. After that, when Lani has started the communication, some of the team members did not even respond. Each of the team members has some specific personal problems for not being able to attend every meeting. The lack of communication between the team member is one of the reasons behind their failure and conflict within the team (Häfner et al. 2014). The Mcguire's SMCA dimensional model help in understanding the three major dimension of communication. Those are the use of language, the behaviour and the other symbols. This model also gives a specific understanding of the right message which can be complex. This message may be misunderstood, misinterpreted, misheard, ignored or perceived as irrelevant (Liu et al. 2014). Therefore, the lack of team communication is found out within this time.

Roles within a team

For the team performance, every individual of the team has to perform some specific role. But in this case, it has been seen that only Anna, Lani and Daniel has effectively worked on the project. The contribution of other team members is almost negligible. Besides that Anna, Ranee and Lani are also nervous that their work is not appropriate enough and they did not feel able to pass. The teacher has already declared in the beginning that every team member will get similar marks for the project (Martínez-Prieto et al. 2015). It is the role of every team member to contribute in the team for achieving the purpose or goal. But the contribution of Mohammed, Nathaniel and Ranee cannot be counted within the already developed project.

Every team member has the effect of schedule in their personal and professional life. But because of their lack of time management, the project or education has suffered. This group was not able to create a proper team for accomplishing the objective because of the lack of time management skill (Moore et al. 2018). Finally, it is evident from the case study that some of the team members try to manage the time for the project development unable to develop a project which is not enough according to the judgement.

From the case study analysis, it has been understood that there is a lack of interpersonal skills among the team members. The initial problem of the group is they did not communicate with each other at the earliest stage of the project given. In addition to that, the interpersonal skills which are missing among these group members are lack of time management ability. From the personal profile is provided about the each of the team member, it can be said that everyone has some specific personal and professional issues which are the major reason behind the time management problem. But the effective interpersonal skills of time management and with the appropriate time management plan this team can perform far better. Besides that, the work-life balance should also be learned by these group members for performing well at their educational life.

The intercultural awareness will help this team in understanding the weakness of the team member. By analysing the weakness helping them or assisting them will improve the work. There are two different international students who have their problem in coordinating with others and also regarding the language. If every individual would appear in the first meeting, they will understand these problems and effectively take part in the group work. There is also an important problem like no team leader. For the formation of a property in a team leader is essential who can control the various situation including conflicts. A team leader selection can help the team in the process of developing a schedule for completing the task. But there is no proper team, and this lack has also affected in the process of developing or selecting a team leader.

The team communication is one of the major problems which has highlighted in this failure. The team member has used the group forum which has developed by the teacher in Moodle. But for teamwork person communication between each of the team member is highly required. Therefore for the future recommendation, the team members have to exchange their telephone number and digital communication process. This process will also help them in understanding the requirements of each other. Besides that, when any of the team members did not feel able to join the meeting, they can use the video conference procedure for giving the news about various activities in the group meeting. This process will also help the other group members in understanding their role in the teamwork.

In light of the above discussion, it can be apprehended that, there is not a single problem in this provided case study. There are multiple problems which are identified in the case study analysis. Depending on the various issues identified, the recommendation has made. The management skill is one of the essential parts of the group Management process. Group work on teamwork needs to have some competences depending on which a better performance can be achieved. Each of the team members has some strengths and weaknesses which can be compensated within teamwork rather than individual work. In addition to that, development of a team and selecting a team leader to minimise various conflicting situations within the teamwork. Besides that, the role of interpersonal skill is required for the process of team management. The interpersonal skill will improve the problem solving and conflict resolving ability. The conflict arises in the given case study can be easily reduced with the effective conflict resolution process. But the lack of interpersonal skill, the conflict has become one of the major reasons behind the failure of the project. Time management is also an essential part of the interpersonal skill which is needed in each of the group members. Every group member did not attend all the classes because of their reason. Effective time management also helps them in the process of understanding the various subjects studied under the class from the group members.

Cardon, P.W. and Marshall, B., 2015. The hype and reality of social media use for work collaboration and team communication. International Journal of Business Communication, 52(3), pp.273-293.