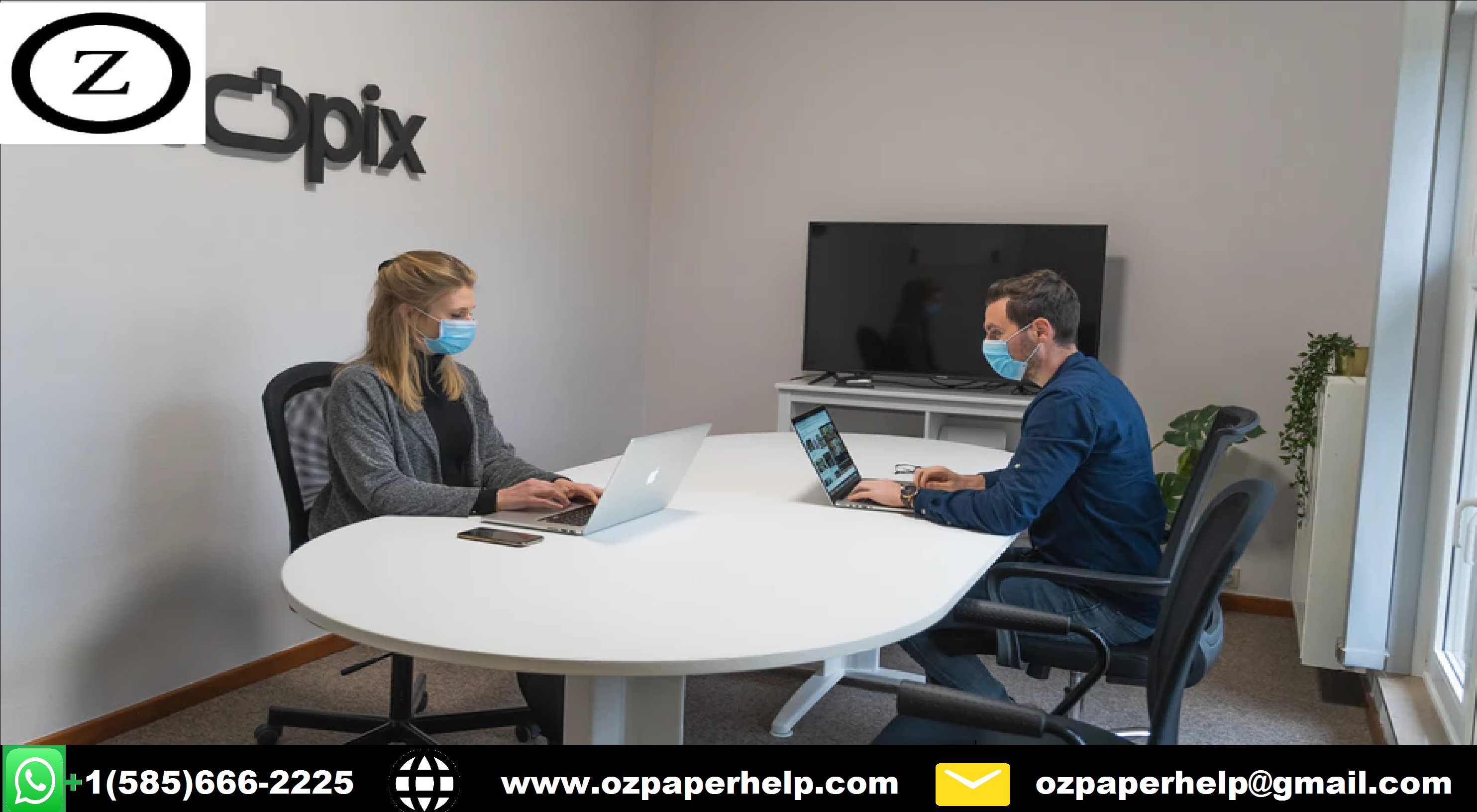 In the modern era, effective management and operational practices are critical for success and growth of a business enterprise. Management is defined as the art and process of managing people and activities within a company. On the other hand, operations management is linked planning and controlling the production process (Heizer, 2016). The present study is based on Toyota which is the largest automobile manufacturer in the world. The selected business enterprise is popular because of its innovations and quality management techniques. The present research outlines the key differences between functions of manager and role of leader within Toyota.

P1 Defining and comparing the role of managers and leaders (M1)

The leader is defined as the person who is responsible for leading and motivating a group of individuals of employees in an organisation. For a brand like Toyota effective leadership is vital in enhancing the performance and operational efficiency in the long-run (Chiarini and Vagnoni, 2015). Leadership is critical within Toyota because it provides direction to the staff members and encourages them to give their best towards the accomplishment of organisational goals and objectives.

On the other hand, manage is defined as an individual whose role is to carry out the administration of people and activities within a company. The main and most important similarity between manager and leader is that both handle the same team of people working in Toyota. In addition to this, the similar working environment is provided to both manager and leader working in Toyota (Hitt, Xu and Carnes, 2016).

The role of a manager working in Toyota is to carry out effective planning and budgeting for the organisations. The manager is responsible for determining and developing plans which can support in accomplishing long-term goals and objectives of Toyota. In addition to this, the manager is also responsible for carrying out budgeting to determine what and how much resources will be needed to carry out the smooth flow of all operations and activities within Toyota (Matsuo, 2015). On the other side of this, leader working in Toyota is responsible for setting up and providing directions to the people working in the organisation.

It is the primary role of leader to direct and motivate the staff members in giving their best towards the accomplishment of Toyota’s objectives and goals. The similarity between manager and leader working in Toyota is that both individuals emphasise on achieving the goal and maintaining the existing position of the company in the marketplace (Mahadevan, 2015). It can be expressed that the difference between the role of leader and role of a manager within Toyota is that the leader focuses on aligning people where the responsibility of a manager is to carry out appropriate organising and staffing.

Apart from this, the manager working in Toyota is also responsible for areas such as controlling people, activities and solving the issues and problems faced by the organisation. However, it can be critically argued that the role of a leader is different as the leader emphasises on inspiring people instead of controlling them (Jacobs, Chase and Lummus, 2014). The leader working in Toyota plays a critical role in identifying the needs and interest of different staff members and developing strategies for the accomplishment of the same.

P2 Example of role of leader and functions of manager (M2)

It can be expressed that there are wide ranges of theories linked with management and leadership and the objective of these theories is to support companies in carrying out the smooth flow of operations and activities in the long-run (Ivanov, Tsipoulanidis and Schönberger, 2016). According to management theory which is contingency theory, it is the responsibility of manager working in Toyota to make decisions by situations instead of making decisions based on “one size fits all” method. The contingency theory outlines the fact that managerial decision-making within Toyota should be on aspects which the most suitable to the situation.

The system theory is also a critical theory in the field of management, and it states that it is the duty of manager within Toyota to recognise and utilise how different systems within organisation affect the people working within the organisation. The use of system theory within Toyota provides managers with an opportunity to identify different events and patterns within the working environment (Samuel, Found and Williams, 2015). In addition to this, the theory also plays a vital role in ensuring that the performance of employees within Toyota is not adversely affected by the events and systems within the workplace.

According to the situational style of leadership, effective leaders are the one who does not remain restricted to one particular style of leadership, and they adjust or change the style according to the need and demand of situations. The main and most important benefits of using situational leadership within Toyota is that it helps in meeting the needs and demands of people working in the organisation in every possible manner by carrying out changes in style according to the circumstances. According to the concept of situational leadership style, the leaders working in Toyota are required to forward more authority and responsibilities to the followers or staff members (Handfield et al. 2015). Here, the role of leader within Toyota will be to provide adequate direction to the followers, and the staff members are encouraged to carry out decision-making.

Operational management is defined as the process in which is linked with planning, directing and controlling of aspects linked with manufacturing and production within a business enterprise. Toyota is a leading brand in the automobile manufacturing industry of the world, and it can also be expressed that the brand is dominating the entire industry.

The leaders and managers working in Toyota are responsible for developing a high-performance culture within the organisation through Six Sigma approach to operations management. In addition to this, the role of leaders and managers within Toyota is to make sure that the staff members are well aware of their full strengths and level of productivity.

It can be asserted that the selected organisation is using Sig Sigma approach of operational management to increase its overall profitability, market share and degree of customer satisfaction (Collins, Muthusamy and Carr, 2015). The managers and leaders in Toyota are also responsible for eliminating all form of waste from its production process.

On the other side of this, it can be critically argued that the primary and most important role of managers and leaders in Toyota is to carry out employee’s empowerment and involvement in the process. The leaders are responsible for leading the team whereas managers are responsible for carrying out an appropriate arrangement for workers training and development.

Lean production is another operational management approach which has been employed by Toyota to enhance its overall operational efficiency. Here, the managers and leaders play a crucial role in carrying out the useful and satisfactory execution of the approach. According to this approach to operational management, the leaders and managers working in Toyota are responsible for eliminating waste from the entire process of production or manufacturing.

Here, managers and leaders are playing a vital role in identifying the type and sources of waste within Toyota (Schönsleben, 2016). As per the approach of the lean production, it is the responsibility of managers to develop and implement effective strategies to deal with and reduce each category of waste. On the other hand, the leaders are responsible for creating awareness among staff members and encouraging them to focus on elimination of waste from the production process.

The management approach, i.e. Just-In-Time manufacturing has been employed by Toyota with an objective to carry out the best and most effective utilisation of all available resources (Prajogo et al. 2018). According to this process, the managers working in Toyota are responsible for initiating the entire process of manufacturing only after receiving orders from customers.

The leader’s role here is to motivate workers and ensure that the order is delivered to the customer within the provided time (SCHEDLITZKI and EDWARDS, 2014). The use of the Just-In-Time approach to operational management is supporting Toyota to reduce a different form of waste concerning supply chain and raw material. Furthermore, the method is also helping the brand to produce unnecessary stocks which are waiting to be sold.

In the present scenario, operational management is critical for success and growth of a business enterprise. The concept is valuable because it helps brand such as Toyota to ensure that products are delivered to customers on time. Furthermore, operations management is also essential in transforming the raw materials into finished products by eliminating waste to the greatest possible extent (Basu, 2017). In today’s corporate scenario, operation management has become mandatory for a brand such as Toyota for managing the day to day operations and activities seamlessly.

The value of operational management within Toyota is that it helps in carrying out the best and most effective utilization of various resources such as finance, labour and raw material (Joglekar, Davies and Anderson, 2016). Planning is considered as a critical function in operation management, and the value of the function is that it supports in carrying out the smooth flow of all operations in the long-run. Planning function within Toyota is critical because it assists the company in coping adequately with the changes in business environment.

Designing is also an essential function in operation management, and this function is essential because it helps designing products which can meet the customer expectations in the best possible manner. In the function of system design, Toyota is using information system and technology with an objective to enhance its overall performance and features (Khanna, 2015).

Management is also a vital function in operational management and the function is valuable because it results in directing efforts of workers and activities of business towards success and growth of Toyota (Slack, Brandon-Jones and Johnston, 2013). The function of logistics and inventory management within Toyota is valuable because it helps in carrying out effective sourcing of raw materials and ensuring that required product is delivered to the right customers at the right time.

communicate well so that the flow of work remains unhindered.  In Toyota, the relationship between the mangers and leaders is very cordial which helps in maintaining effective operational management and decision making. All the decisions taken in the organization includes the opinions of the leaders as well as the managers. This increases the accountability of the salaried members of Toyota (Jacobs et al., 2014)

From the above carried out study, it can be concluded that effective management of operations is vital for success and long-term sustainability of an organisation. Toyota is a leading company in the automobile sector of the world, and it can be inferred that lean manufacturing, Six Sigma and TQM are the major approaches to quality management which it is using. It can be concluded that the role of managers and leaders in the execution of the strategies mentioned above is crucial.