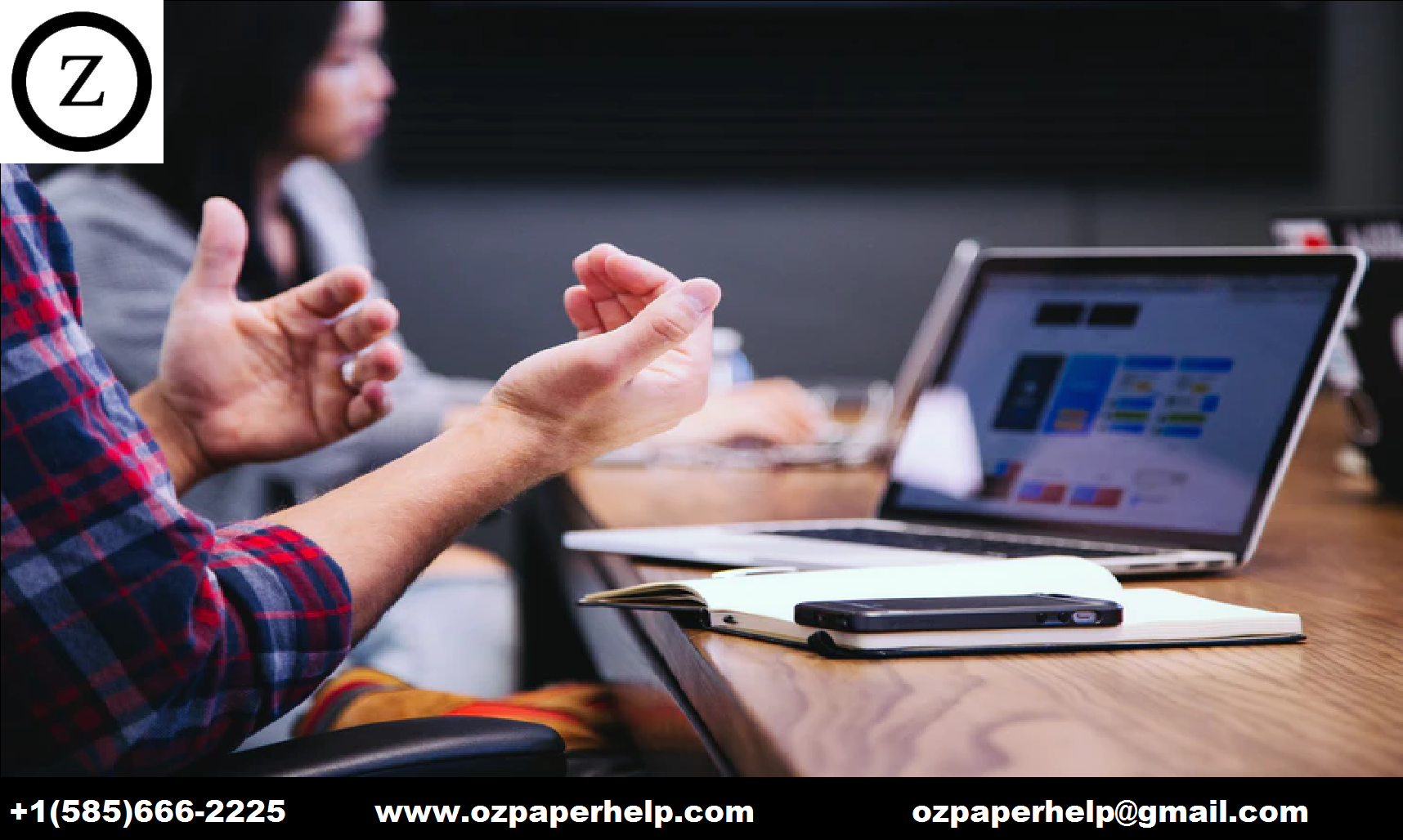 P1.  Define and compare the different roles and characteristics of a leader and a manager. (Amazon)
Introduction
Manger and leaders are considered one of the most important people in the management process of any organisation. Their role differs from each other but their motive is one. Their motive is to foster growth in an organisation through effective decision-making process. They are responsible for encouraging employees by motivating them. It is their responsibility of leaders to set a vision for an organisation and to encourage employees to move towards a specific direction. Their vision gives guidance to the followers. A number of theories have helped in understanding roles of leaders. This study is going to focus on the role of manger and leaders for identifying their importance in an organisation. The focus of this study is on Amazon. This study will shed light on the strategies that are adopted by the managing director if this company for fostering growth. His decision-making power has helped Amazon to gain profit.
Leaders and manager are regarded as the base of an organisation. A company's growth and success is dependent on their decision-making power. This study is going to deal with the difference between a leader and a manager in Amazon. Amazon is a cloud computing and electronic commerce company. It is regarded as one of the most profitable and largest retailer of internet business. This company falls under the online shopping industry. This study is going to hold a brief discussion regarding leader and manager of Amazon and their contribution in improving the performance of the online shopping company. An attempt is made to discuss the significant impact of a leader or a manager’s role on an organisation. This study is also going to discus about the operational function that is practice in Amazon. A pestle analysis has also been undertaken for understanding the impact of macro-environmental factors on Amazon’s business.
P1.  Define and compare the different roles and characteristics of a leader and a manager. (Amazon)

Manger:
Mangers are persons who are held responsible for controlling as well as administering business operations of an organisation. They are quite focus in achieving a goal. Manager aims at keeping control over different business situations and tries to reach their objectives through constant monitoring of their employees. They are the one who are responsible for refining operational systems that helps in developing an organisation. In any organisation managers try to minimise risks by taking control over a particular situation. Manager often devise strategies for accomplishment of goals (Billsberry et al. 2017, p.13). They are concerned about their staff's performance because in any organisation performance of staffs is essential for the success of an organisation. In companies like Amazon, a manager's role becomes vital for supervising their employees regarding timely delivery of goods and services. In the following image, figure 1 the show important the logo and the quality standard of Amazon’s logo are clearly reflected.

Leaders:
The leaders are the ones who are vision setters. They aim at bringing change to an organisation through their innovative ideas. Leaders are authentic as well as transparent. (guiding, 2017) They like to take risks. They lead a company into the path of success. Amazon is able to achieve success in the field of retail business only with the help of good leaders.

Management theory:
Management theory focuses on the performance of the managers along with supervisors in the enterprise. Motivated mangers motivate their employees to perform their task perfectly in order to achieve their target easily.
Contemporary and seminal theories of management such as management by Objectives, classical management theories:
Knight (2016, p.135) stated that contemporary theory includes the combination of the resources in the enterprise along with workers efficiency to perform the task. The perfect combination of workers and resources increase the enterprise recognition and profit margin.
Seminal theory:
This theory focuses how managers and leaders supervise their workers to achieve the goal of tge enterprise.  Managers and leaders motivate their workers and gives constant guidance in order to meet the goal of enterprise. For example, a managerial head nay change environment or surrounding while a respective employee is facing hazards or issues. Such situations lead to demonization and by consulting employees, it will be better to retain motivation.
Behavioural theory:
This theory focuses on the movement of human relations which includes the motivation, conflicts, improved productivity, expectations and group dynamics. If a respective employee is working for several years in Amazon, management can easily forecast possible fields of future promotions. Having a familiar behaviour a respective employee can be promoted to HRM activities.
Contingency theory:
This theory focuses on the effectiveness of the management behaviours and also how management handle the negative issues of the enterprise. Such efforts tend to communicate issues with managerial decisions. If a respective issue is hampering productivity Amazon, management will make strategies to resolve the same. Therefore, it is important to follow specific procedure that strategies may get successful conclusions.
Leadership vs.  management:
Management set goal in order to increase the enterprise recognition and profit margin, Leadership influence the workers and guide them in order to meet the target of the enterprise.
Leader and Manager Definitions and differences:
Differences:
Knight (2016, p.135) stated that leaders focus towards future of the enterprise. They help to increase the creativity level of the workers.
Managers direct the workers according to their strategy. Managers increase the conduct level of the workers.
Similarities:
Managers and leaders both motivate their workers in order to increase the service quality of the enterprise.
Management functions such as planning, organising, controlling and directing:
Planning is concern with goal of the enterprise. Organising develops the enterprise structure and recruit’s employees in order to meet the goal of the enterprises. Controlling measures, the performance of the workers. Managers give direction to the workers in order to meet the goal of the enterprise.
Theories of leadership traits, style and contingency:
Hairon and Goh (2015, p. 718) stated that trait theories focus on the role of the leaders in the enterprise. Leaders understand the psychological mind of the workers which raises interaction with leaders and organisation can meet its target easily. Contingency theory focuses on different style of leaders which depends on the situation of enterprise.
Leadership style includes that leaders are task oriented and gives constant support and guide to the workers in order to meet the target of the enterprise.
Transformational and Transactional Leadership:
Chekh (2016, p.65) commented that transactional leaders follow the tradition of the enterprise. They are task oriented in nature and promote conduct level of the workers.
Transformational leaders focus on the motivation and creativity of the employee. They increase the self confidence among the workers. At a glance difference between leaders are managers can be reflected through activities? Managers or management heads tend to make operations at the initial stage or after implementation of new efforts or strategies. On the other hand, leaders are engaged with efforts in continuous cycle. Therefore, it is important to specify proper strategies or responsibilities while assigning a manager or a leader. The table below has reflected some roles and responsibilities of a leader and manager.
Difference between manager and a leader:

M1. Analyse and differentiate between the roles of a leader and functions of a manager by effectively applying a range of theories and concepts
In order to understand the nature and behaviours of leaders as well as managers chaos theory can be applicable. This theory believes that organizational systems are full of dynamism. A leader has to play a dynamic role in any organization for encouraging their employees. As per the opinion of Chekh (2016, p.57), an organisation can deal with a problem by understanding certain kinds of behaviours and patterns within an organisation. A manager can resolve problems occurring in an organisation with the help of organisational patterns. However, there are certain problems associated with this theory. There are some organisations that are operating against a well-defined pattern and hence they are facing problem while applying chaos theory.
Another theory that can be applied to understand the role of leaders and managers in management is objective theory. According to Delmatoff and Lazarus (2015, p.246), manager need to work in collaboration with their employees for achieving organisational goals. In this theory, function of manager is quite essential in handling their team members and encouraging them to achieve a goal.
Roll of a Leader:
Leaders focus towards future of the enterprise. They help to increase the creativity level of the work.

Contingency theory:
Contingency theory is of the viewpoint that there is no approach for identifying an ideal leader. It is of the viewpoint that leadership style is solely dependent on different context and situational. In Amazon, leader is trying to apply their leadership style on the basis of situations. It helps in managing an organisation in an effective manner. A good leader is the one who do not impose his/her decision on their employees rather involved employees in the entire decision making process (Hairon and Goh, 2015, p.694). It helps in building trust. It has been found that Bezos is a good leader because he is able to engage his staffs in the decision-making procedure. Chave the potential to enable an organisation to achieve their goals. However, they also have some weakness. Situational leadership helps in understanding appropriateness of leadership style but one of its weaknesses is that it fails to address other considerations. This theory cannot specify extent of practice of leadership. On the other hand, systemic leadership is able to bring a change in a leader's viewpoint. However, in order to incorporate systemic leadership, it is important to have a leader who is able to represent an adjustable nature. It can be said that Amazon's leader is representing a transactional leadership (amazon.com. 2017). It has helped the company to achieve their goals but it has increased stress level among staff as they are unable to fulfil goals set by their leader. An assessment of these theories indicates the fact that there is no particular theory for understanding functions of a leader or a manger. A leader or a manager has to plan strategies or work in accordance with a given situation. Leaders have to become participative and a good decision maker. Managers are required to help employees by redirecting them towards a particular objective. In the following image below figure 7 are the four major approaches of leadership have been reflected. However, it has been already discussed that such leadership situations are quite different according to activities.