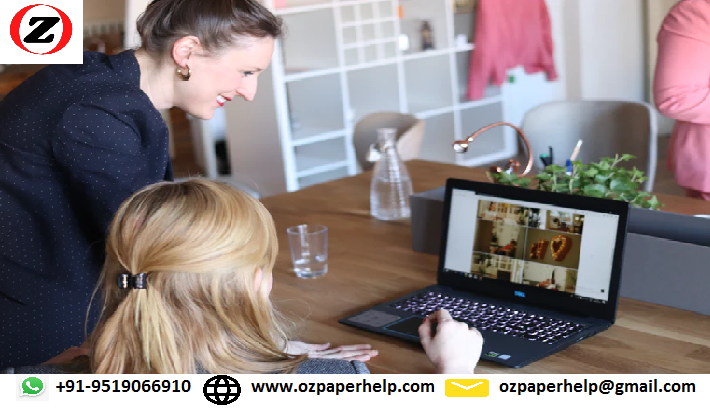 Leadership is referred to the action or the ability to lead a group of people of an organization. There are several famous leaders, who are the inspirations to other, who gives the right direction to others towards a successful leadership. Bill Gates is one of the most famous leader throughout the world, who have set a great example for the rising leaders. Bill Gate is one of such leaders, who have achieved success, by staying grounded. He is one of the all time great CEOs in American business history. In the following report, the key focus is upon exploring the leadership attributes of Bill Gates and the way he shaped the definition of leadership, to inspire and help people to become successful leaders.

Important decisions made by Bill Gates

Being the richest man in the world with more than $75 billion worth, Bill Gates has undertaken several good decisions. The top most important decision made by the world famous leader is marrying her wife Melinda. He argued that “I would put it at the top. Deciding to work on software was a good decision but that just crep up on me rather than being some choice”. He claimed that his wife stands with him through everything in life. The couple have achieved several things together, including building of the Bill & Melinda Gated Foundation, which has supported several entities and individuals. Layton (2014) claimed that his decision related to creation of product groups for “applications, system platforms, developer tools and developer relations” were good. Further, it has also been revealed that the early moves were the most effective decisions undertaken by him, which were the decisive ones, including the opportunism, bluff and strategy. These include proposal of Bill Gates and Paul Allen a BASIC interpreter to the developed of the Altair computer in 1975, which were novel to the industry. In 1980, he took advantage of his mother’s acquaintance with the CEO of IBM to get his company in IBM’s contact list.

In 1981, IBM contacted him to offer a BASIC runtime for the new IBM PC, after considering the demo of an OS and proposed it for IBM PC, cloned the Gary Kildall's CP/M (Digital Research, Inc) and renamed it as MS – DOS. He also rejected the proposal from IBM to buy MS – DOS code in the same year and proposed a volume dependent licensing scheme. In 1983, collaborated with Apple to co-develop software and speculated on expected announcement of a graphic interface WINDOWS. This strategy significantly gave benefits over the external situation and paid. Strauss (2015) claimed that his best decision was to teal up with Apple on the initial Macintosh machines, followed by his decision of collaborating with Big Blue. Other important decisions made by the leader were “to turn Windows from simply a windowing shell for DOS to a full-fledged OS, decision of investing heavily in the Windows API and ISV support, in Windows NT”, “to expand the international business rapidly, to promote and support a competitive PC manufacturer industry, instead of participating as a supplier, to develop the office bundle putting networking into the WOS”.

Visions Bill Gates has for Microsoft

Initially Bill Gates had the vision to understand the power of software and the way to develop a wide, successful business related to software with something that had not been done before. His dream was to ensure presence of “a computer in every home”. He recalls “When Paul Allen and I started Microsoft over 30 years ago, we had big dreams about software”; he put his best effort to make this dream true. It was Bill Gates’ vision, which influenced the small company with 30 operation based employees in Albuquerque to turn into a multinational behemoth today. He is always passionate about the quality and performance of Microsoft products and able to hold a long-term future of the company, for which he took a lot of challenges. In Jimmy Fallon’s show, Gates was asked about the future of computing; the answer was not instructive, but it was worth watching, considering his further contribution in shaping the future of Microsoft’s products. He revealed that with his collaboration in Microsoft, “computers will be more intelligent’ they will see more, hear more and become more pervasive”. He also claimed the use of bunch of devices, the key of which is to make easier way to move within devices (Wagner, 2014). He is thinking beyond working at one computer with one keyboard and one screen, for ensuring the future success of Microsoft.

Besides the legendary success, Bill Gates has faced several challenges or obstacles to reach at his current position; there were several hurdles on the way of his dream, which he potentially overcame. One such hurdle was that his private elementary school did not have enough expense for computers, as these were expensive enough. Then the school made a deal with Seattle based computer center corporation (CCC) for having more time on computers they rented. Bill Gates was not always as successful as he is now, but partnering with Allen Paul, Gates started a company known as “Traf-O-Data” which was related to read and organize data pulled from traffic tapes in an automated way. However, it was a complete failure. However, he did not lose hope and still now he credits his first company as an inevitable learning experience. Further, the idea of paying for software did not exist. However, Bill and Paul were passionate about changing the model and making it valued for software and worth paying, which brought a significant change for the industry. Further, when MITS revealed that people through the world has stopped to buy them for a while leading to financial issues, it is indicating that Bill Gates did not receive expected remuneration; but he was committed towards his dream and job, which made him successful in later life. Further, Gates revealed that the biggest challenge that Gates Foundation is facing, is to help teachers to learn from the best teachers (Yoffie and Cusumano, 2015). He revealed that “we must be able to spread the skills, but the current system does not do it very well”.

The risk Bill Gates has undertaken

The legendary leader Bill Gates is known for turning risks into bigger opportunities. Partnering with Paul Allen, he took several risky decisions, while founding Microsoft. The initial risk he took in his life was to drop out of college for creating Microsoft, to ensure his dream comes true. The other risk he undertaken was the risk of starting his business with a vision of making PCs as important and useful as to be present at every office and every home. Further, when Bill Gates got the call from MITS, he told that he had developed a BASIC computer program, which can be used on the Altair; however, it was his first project and he had not such developed program for MITS, but he worked hard to keep his commitment and developed the interpreter. Despite of the uncertainty, he grabbed the risk and turned into a big opportunity for Microsoft. He revealed that one does not need to be fearless for making dramatic changes in life; rather it can be sparked via a series of events to build exposure and experience, which helped for creating an asymmetric risk. Further, sparking can help to confirm the upside opportunity and mitigate the downside risk. As a result, finally, when the leap comes, it comes from experience and give satisfaction and comfort, as it was for Bill Gates (Zentner, 2016). However, considering some of the biggest failure he encountered, it has been interpreted that being the greatest risk takers of the world, he might be more accurately think about those decisions

Lessons we can learn about Bill Gates as a leader

Besides the list of leadership qualities and skills of the successful leader, the more inspiring thing about Bill Gates, the legendary leader is about the lessons learned from him. The commitments and influential leadership characteristic will administer good lessons to people, when they will scrutinize their attitude towards successful leadership. Bill Gate argued that “it was hard to tear myself away from a machine at which I could so unambiguously demonstrate success”, upon encountering the first challenge at earliest stage of his career inspiration. One of the great lessons this leader gave is to “not to be distracted by success”. He looked beyond his success, during the execution of business decisions. Gates never had overconfidence and he identified that business ethics should not be biased by his success. He depicted that “Success is a lousy teacher. It seduces smart people into thinking they can’t lose”. It is indicating that Bill Gates has no believe in putting his path to success down, instead he develops more for preventing psychological complexities, which could be brought by success. The next lesson from this great leader is “to care for people”. In the life of this great leader, philanthropy and humanitarianism are two key leadership roles he adhered on. He founded Bill and Melinda Gates Foundation to sustain his care for people (Zentner, 2016). This organization has the sole purpose to care for people, save lives and improve global health.