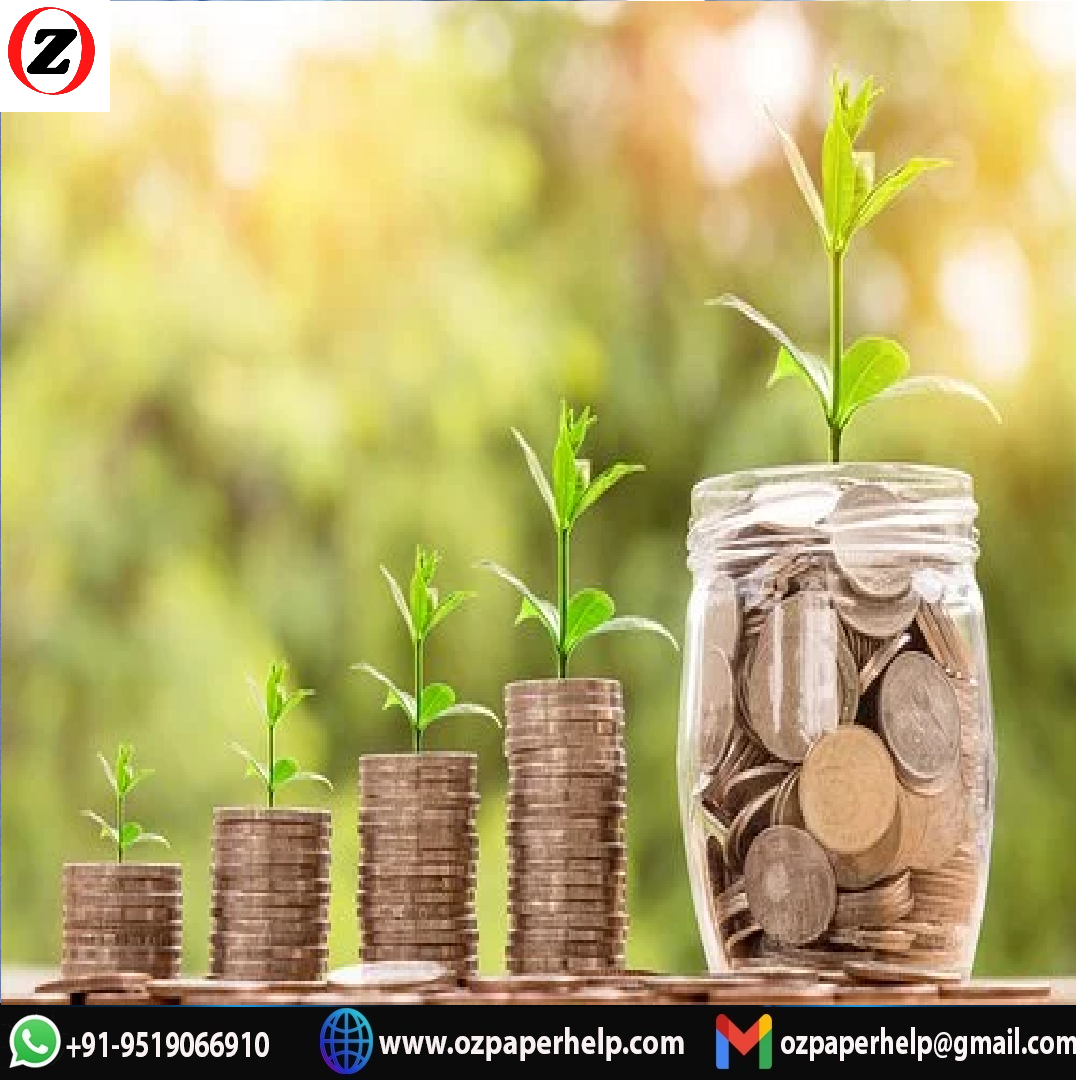 IMPORTANCE OF LEADERSHIP   BUSINESS A CASE STUDY OF APPLE

In the first part of the following report, a closer look has been given at the role of leadership and the role of managers at the tech company Apple Inc. and how they have helped in the growth and success of the company. It first identifies and then talks about specific situations where Apple has shown its managerial skills and leadership qualities and areas where it was found lacking. An analysis has also been carried out on the founder Steve Jobs and whether his success Tim Cook has been able to match his potential. The strengths and weaknesses that leaders have also been analyzed followed by a comparison of the actions of leaders with models and theories. In the second part, a few theories have been discussed regarding order fulfillment and quality issues and the strengths and weaknesses of these approaches. Special emphasis has also been given to the role manager’s play in this regard. This was followed by an explanation of the business value and the impact of the decisions of managers or leaders taken in such situations.

Apple Inc today is one of the largest tech companies in the world and has a brand name recognized by people from all over the world. The company right from its birth has been recognized for its innovation and creativity when it came to its products along with the status symbol that comes with owning an Apple product. It has also been applauded for its work culture and the concern of the company for its employees. Therefore, it can be said that the founder and his managers at the company have played an important role in mobilizing the company’s resources and pushing it towards success. In the following report, an analysis is going to be carried out regarding the role of managers and leaders and how much they contribute to the growth of a company.

As per the view of Arocha (2017), Managerial and Leadership skills are often considered the major factors that drive a company to its success. In the last few years, many factors have arisen to Apple’s success and have helped cement its place in the world market.

One of the most successful aspects achieved by leaders at Apple is their ability to build the brand. Today, Apple is a brand that is known across the world by all, and having an Apple product is considered a status symbol. The leaders have made the brand synonyms with high-quality products and innovative tech (Porter, 2018).

It has been observed that the market rate of market share is sloping downwards, which is indicating the negative situation of the company.

Lack of realistic view of investment and finance manager

It has been identified that Apple Plc has encountered terrile market loss with a 12.66% rate. It had an aim to get $50bn in services revenue by 2020, which has been failed by the company. A lot has been attributed to the fact that the consumers are of the opinion that Apple has lost its shine and has nothing new to offer. The revenue of the company falls by $1tn. The share price of the company has been trading below $180, with 2.3% of decrement.

However, the company too had flaws in its management which were reflected by the early years when Jobs was developing Apple. They generally followed a democratic style of leadership; however, it was not always ‘democratic’ which in turn affected the productivity of the company.

The Company also showed its management flaws when it failed to maintain the momentum of the company after Jobs left. The company fell behind in bringing out innovation; it was also followed by many people leaving the company citing that there existed a lack of motivation. This attitude was also reflected in the plummeting sales of the company.

The skill gap in marketing manager

Another factor that affects the workings is the existing skill gaps in the managers. A manager should know when to hire new professionals or find ways to redistribute the existing talent present in the organization (Lochamy, 2017). However, currently, Apple has drastically cut down production following the fall in its share prices. This has raised concerns, as people are not being able to read their motives.

Analyzing actions and achievements of Steve Jobs and his successor

Steve Jobs today is considered as one of the pioneers in the tech industry who started a revolution with his company Apple. Jobs' life changed in the spring of 1756 as he founded the Apple computer along with Steve Wozniac and Ronald Wayne. The computer was a hit the moment it entered the market and in 1981, the company had gone public and by 1983, it had entered the Fortune 500 list of America’s top companies. Jobs have always been considered a true leader when it came to business because he could think way ahead of others.

He was the first to successfully introduce and implement a Graphical User Interface (GUI) and a mouse in personal computers (Apple, 2021). He is also considered the brain behind PIXAR, one of the most successful animation studios in the world. Revenue wise, it amounted to $600 billion (Yahoo Finance, 2021) at the beginning of 2012 after Jobs’ death in 2011. Thus, Steve Jobs was just not an entrepreneur but a revolutionary.

Tim Cooks succeeded Jobs after his death in 2011 and is applauded for bringing the company back from bankruptcy and making it into the billion-dollar tech company today. He believes in the philosophy of leaving the earth at a better place than when it found it (Apple Insider, 2021). The four-for-one stock split is considered as one of Cook’s greatest achievements as CEO (Arocha, 2017). Additionally, during the COVID-19 pandemic where companies were suffering to survive, Apple was able to achieve considerable revenue as the sale of its laptops and phones has increased which keep the company afloat. Today Apple has a $2 trillion economy and Cook has done a tremendous job in lifting the company from $400 billion in 2011 to its current position.

The role of managers in an organization is not just looking after the workings of their employees; it also includes managing change simultaneously with the growth of the organization. One of the strengths of leadership is being aware of the situation around them. An able manager/leader will know the problem plaguing the company and work towards effectively removing them (IMD, 2021). A manager should also have effective communication with everyone in the organization. This helps in managing sudden conflicts and understanding the needs of their employees. A single decision might make or break a situation; hence a manager needs to be able to take difficult decisions in unexpected situations. Dealing with one’s fear and doubt is necessary for effectively leading the team towards success in spite of risks.

As per the view of Bucata et al. (2017), a leader plays a pivotal role in the success of an organisation. Market research has shown that Apple Plc has some sustainable leadership practices which help it to get optimal success. However, the organisation’s leaders use Transformational type leadership approaches, by giving value to the employees. It also has been identified that Jobs also believed face-to-face communication was a very important aspect of the growth of innovation (Mendoza-Fong, 2019). This was observed from the design of offices at their headquarters. He believed in working together by involving the employees and taking in their inputs. Thus, it can be deduced that he followed a unique leadership style. Leadership can be divided into several parts, of which two have been selected for further analysis given below,

It is also known as the Hersey-Blanchard Situational Leadership Theory, says that there exists no single style of leadership that can be considered the best (Narayan et al. 2018). Rather it is dependent upon the strategies used to execute leadership as per the problem at hand. The theory says that only those leaders who can understand the situation and adapt themselves to it and then execute the strategies to complete the job falls under this theory. This style helps in avoiding the cons of single-style approach as it recognizes the fact that there are different ways to tackle a situation. This can be said to be effective in case of Apple as their leadership styles have not much changed since Steve Jobs and they have been using this style.

This theory says that the success of any leader depends on the particular situation that he/she is facing. A leadership style is based on certain parameters such as task at hand, the personality of the leader and so on (Narayan et al. 2018). Thus, it can be said that success is more or less dependent on the situational aspect. Therefore, a leader needs to have effective control over the situation to succeed. If we look at the case of Apple, even though they make sure to maintain a leader-member relation they do not follow this style of leadership.