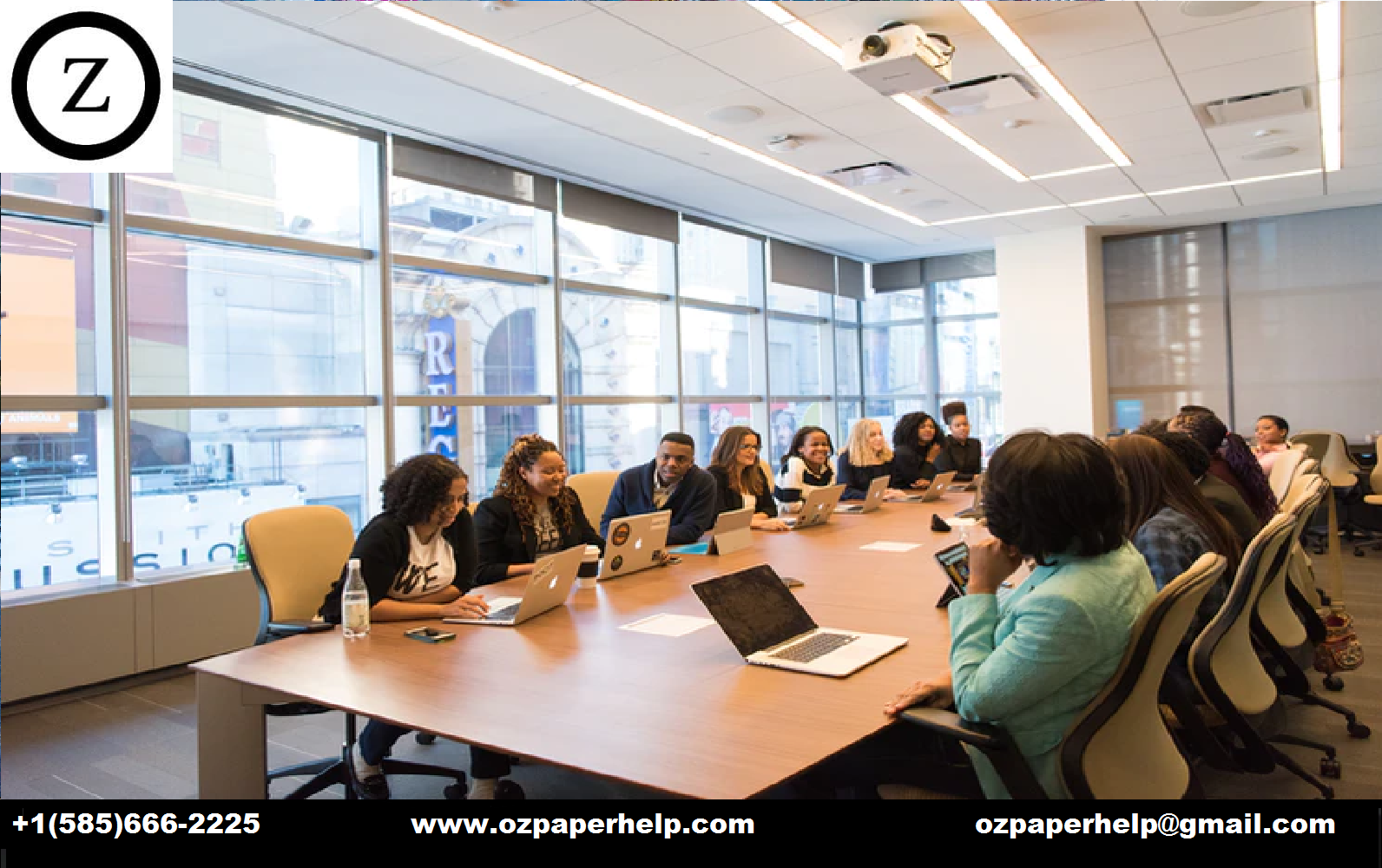 Leadership has a direct impact upon the culture and performance of an organisation and their success interdependently.  Leaders help in determination of the organisations values, their organisational culture, adaptation to changes and the motivation of the workers. It is up to the leaders to devise strategies and to make certain that they are executed in a flawless manner and are equally effective.  Leaders are born as they have certain traits that are found innately however all successful leaders all over the world have one common characteristic in them. They have the ability to inspire, motivate and influence all those individuals who are around them thus helping them to reap enormous benefits for the success of the organisation.  It is the influencing nature of leaders that helps individuals to see the same vision and goal as their leader.  There are several leadership styles that are used by organisations and are most effective in their functioning (Rubin, 2013). The main objective of this paper is to discuss and analyse the various styles of leadership that are used by three leaders in the business industry and to draw comparisons between them.  The paper will also analyse how a leader impacts the organisational culture and employee motivation. For the purpose of this research paper, we shall be discussing the leadership styles of Howard Schultz, who is the CEO of the famous coffee chain all over the world Starbucks, Mark Zuckerburg, the founder of Facebook, one of the most widely used social media platforms the world over and Phil Knight the former CEO of Nike. A comparison between the changes that have been witnessed in their organisation will also be analysed so that we can effectively understand the relationship that exists between leaders and their organisations.

According to research and literature, it is imperative to have competency to be an effective leader. As per this method, a leader should have personality, should be self driven, follows ethical values, motivates those around him, and has extensive knowledge about the organisation along with emotional intelligence. In order to become a people’s man and demonstrate trust and garner respect from the workers using a behavioural perspective is essential as it helps in showing genuine interest in the workers of an organisation. As per the contingency perspective, a leader needs to adapt his or her behaviour with changes in the situation.  Thus a leader that makes use of the contingency perspective will make certain that those workers who perform phenomenally well are rewarded for the same. The leader will also extend all necessary help to the workers by the help of effective logistic support that are required to complete a task. An effective leader makes use of the transformational perspective by providing clear channels of communication to help the organisation to grow and envision the success.
Analysis of Howard Schultz’s Leadership Style:  here at Starbucks, Schultz calls all his workers as partners. The organisation has stressed on the importance of having clear communication and an open relationship with all its workers. Researchers have argued that the leadership style followed by Schultz is based entirely on his genuine sense of concern for his partners and provides them respect. He allows his workers to be a part of the decision making process in the organisation (Crawford, 2005). He has taken time to ensure that all his baristas the world over have mastered the art of making the perfect espresso; however he did not stop at that he ensured that all his store managers were an intrinsic part of the transformational process. Thus a transformational leader helps the workers whilst leading at the same time. They are encouraged to push them to their maximum potential to get the best results (Allen, Shankman and Miguel, 2012).
Analysis of Mark Zuckerberg Leadership Style: Mark Zuckerberg is known for his aggressive and encouraging style of leadership. He is always demanding his workers to support new innovations and is extremely fond of taking up new challenges. As the CEO for one of the world’s most widely used social media platforms, Facebook he makes decisions without consultation of his board members and is not intimidated by those who are older to him (Wixson, 2016). Thus indicating that he is not a people’s person when it comes to leading the way unlike Schultz. He is known to push his workers to perform under immense pressure that leads to stressful scenarios.

At Nike, Phil Knight uses the participative leadership style. Even though he has the skill to make independent decisions, he ensures that his employees are allowed to voice their opinions. He has also made use of the servant leadership principle to guide his workers. Thus this leadership style has helped his employees to trust in him and be loyal to the company. The CEO has provided his employees with freedom to express their concerns and help the organisation to be a success.

Drucker and Goleman model:  as per Drucker all those leaders who are effective often ask the question of what needs to be done rather than suggesting what they need to do. They try to lay emphasis on jobs that do well. They make certain to take all the accountability that is needed for open communication and make the workers a part of the decision making process. Howard Schutz ensures that all executives pay attention to the opportunities that are available at hand than focusing on problems (Livesey, 2017). As per Goleman, exceptional leaders as Howard Schutz make use of emotional intelligence that separates them from the rest. They have self awareness, self regulation to control impulses, they inspire and motivate their workers and have empathy as well. The model stresses that the more leadership style a leader shows the better he is. Leaders that have mastered the art of four leadership styles are the most successful (Antonakis and House, 2014). Mark Zuckeberg has his own set of weaknesses and thus is always giving his workers the opportunities to make suggestions even though it has led him to several hot headed debates he does not give appreciation to his workers unlike Schutz who goes the extra mile to personally thank his workers when they perform well. Nike has always followed the authority’s style of leadership that was very distinctive and has prevented the workers from voicing their opinions. Thus when we analyse and compare the three work environments we can assert that Howard Schutz has certainly ensured that his workers are provided with an atmosphere that encourages learning, rewards them for their performances (Wright, 2017). 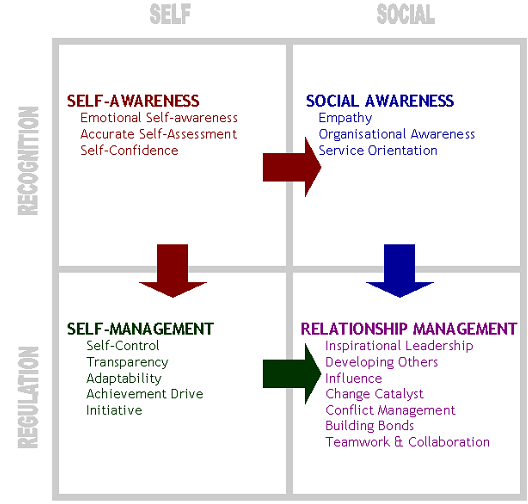 It has been observed as per the statistics that Starbucks is one of the best places to work in the year 2016. The organisation inspires and motivates its workers by providing them incentives along with rewards for their performance so that they can maintain equilibrium in their personal and private affairs.  Whilst at Facebook the employees are provided with free vacations along with monetary support that has helped the organisation to earn the loyalty of its workers (Hoffmann, Proferes and Zimmer, 2016). Nike has faced several problems in the past due to its sweatshops that have been under the scanner as a deal to get cheap labour in the south Asian countries. Thereby suggesting that both Starbucks and Facebook have ensured that the best interest of the workers is kept in mind at all minds. Howard Schultz ensures that he has a close relationship with all his store managers thus making him accessible at all times (Allen, Shankman and Miguel, 2012). He organises regular meetings where all the workers can voice their opinions and suggest changes for the growth of the organisation. An organisation will only be a success when those guiding it allow freedom for the workers to voice their concerns and lend a hand in obtaining the goal of the organisation (McCann, 2011).

Out of the three leadership styles that have been analysed above we can certainly state that Howard Schultz has made use of emotional intelligence to form alliances with franchise chains all over the world rather than solely  making use of adversity and using unethical means to increase their profits. It is his hierarchical method of leadership and his skills to provide the best for his workers that has led his organisation to be such a massive success. He adapted to the change in the market environment and has shown exemplary vision to bring about a change in Starbucks thus turning it into a brand name that is recognised the world over. While the leadership styles of Mark Zuckerberg is very aggressive in nature the leadership style followed by Phil Knight led the organisations to face major setbacks thus concluding that both the organisations need to make amendments to help in brining a change in their organisational culture to ensure success. As per the research that has been conducted it is essential for a leader to make use of traditional leadership skills that highlight their moral and ethical decision making so that they can further solidify their roles as leaders who are equipped to face all scenarios and crisis (Aronson, 2009).
comcast business, business casual, amazon business, facebook business manager, spectrum business, ohio business gateway,  costco business center, business casual women, cannabis business social network,  business casual men, investors business daily, yelp for business, business analyst, , business for sale, office depot business, cox business, paypal business account, vonage business login, staples business cards,