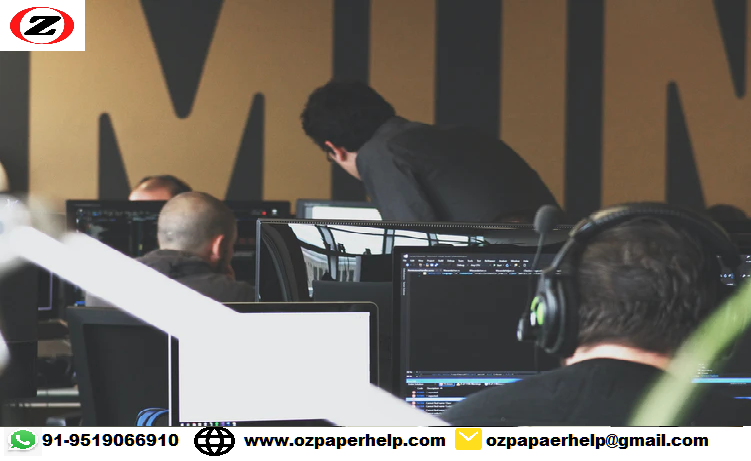 USE OF INTERNET APPLICATIONS IN SMALL CITIES

Internet is a system of connecting different machines like computers and tablets and provides various types of services. Moreover, the application of the internet is an essential factor that mainly aids to connect with new people on social media, along with email and peer to peer services. The current study has mainly highlighted the internet application and their impacts in the small cities. Therefore, it seems that the present study, the focus has made on the background research, different tools and techniques on the application of the internet in small cities.

The present research will aim to critically analyze the application of the internet in small cities and their positive impacts.

To understand the concept of internet application

To investigate the different effects of internet application in small towns

Internet is considered as the place, where every type of information is present that helps in enhancing the human knowledge. Based on the viewpoints of Talari et al. (2017), faster communication is possible with the usage of internet as it enables the users to contact with the help of emails and video calls. The application of the internet in cities is useful for making people contact with other people in other cities easily. On the contrary, Akyildiz et al. (2015) argued that information loss is the greatest problem that is faced by cities using the internet. It is noted that crucial information about the cities or organizations can easily be hacked by hackers, which can hamper the development of the city. It becomes important for organisations or people of cities using internet to set proper security passwords or account number for carefully storing sensitive information.

On the other hand, internet is referred to as the knowledge source, where all types of information are present. According to Patel and Patel (2016), internet application allows users to easily access a large amount of information based on any subject. The users can easily search any subject and can get additional information related to governmental laws, shares and stocks, market sales and new creations from single place. Furthermore, internet application is also the source of entertainment and even improves e-commerce of the business. The latest trend on internet is online shopping, which allows users to shop different brands by sitting at a single place easily. As argued by Patel and Cassou (2015), internet application makes people forget reality, besides making them enter into the virtual world. It, therefore, makes people get easily depressed and leads to obesity problems and social isolation. Virus attacks and Spam are different problems faced by users of the internet, which slows down the system and even attacks selected documents.

People residing in small cities are found to be friendly and engaging with one another than big cities. Guan and Rowe (2016) mentioned that a calm and peaceful environment is noted in small cities due to the availability of less transport system. People have time for gossip with another for a longer time, which is not possible in case of busy smart cities. Contrarily, Medvedeva et al. (2015) argued that the transportation system is found to be conventional in small cities, which makes the system less reliable. It is noted that people face difficulty in connecting with other people living far away from them. Interference is also a great problem faced by people residing in small cities than smart ones.

2.3 Social theory after Internet for development of city

The social theory after the internet is focused on developing society by making use of internet. In the perspective of Wang et al. (2018), social theory makes use of the internet for enhancing the knowledge of people, besides creating job opportunities. The government of small cities can make use of the current model for shaping the developing of the entire city in n effective manner. In addition to this, the current theory is highly effective for bringing media technology within small cities for making the cities upgrade its performances. Sadowski and Pasquale (2015) mentioned that social theory after the internet is aimed towards enhancing the application of the internet in cities. The small cities can make use of present theory for improving the education system of city, which boosts development. Furthermore, it helps in improving job opportunities for the local people of small cities, which helps in enhancing economical condition of the cities.

The present theory is useful for improving oganisational performance as it emphasis application of internet application. Internet application can, therefore, be used by organisations of small cities for improving communication as well as increasing expansion. On the contrary, Wang et al. (2018) argued that social theory fails to highlight the spam issues that are faced by organisations due to the usage of the internet. The unnecessary advertisements or emails are received by the system of organisations using the internet, which makes the entire system become slow. It can make organisation confused as important emails are simply stored with spam.

The model of technological adoption is considered as the theory of information system that makes users use technology to a greater extent. Dwivedi et al. (2016) commented that when any users are provided with any new technology, different factors, such as perceived usefulness and perceived ease-of-use are used. The cities can use the current model for enhancing the usage of internet so that new technologies (that makes use of the internet) can be adopted easily, The adoption of new technologies can, therefore, help in enhancing organisational performances, which in turn reduces the profitability of the cities. On the contrary, Gangwar et al. (2015) argued that the perceived usefulness framework overlooks different issues, such as structural imperatives and cost, which forces the users for adopting new technology. The adoption of current model can increase the managing cost for the cities.

The internet of the governance model is one of the effective and the proper theory analysis process which has mainly provide the proper innovation of strategies to make improvements on the services. In addition, it is seen that the selected model also has an ability to make implement on the application of the internet that can aid to make a better quality of services (Yeh and May, 2018). According to the small cities, they have mainly faced a different type of challenges due to lack of usage of the internet. However, it can also be seen that the proper innovation of technology can improve the services and make better services. The internet is one of the most effective and the most important factors that mainly referred to the digitalization, which is required in present days.

The internet governance theory has mainly provided globalization after connecting the internet practices in different small cities. Hence, it is also found that the proper innovative strategies of the internet can make implement the process that mainly aids to enhance the services and provide the better services of the organization (Ranney et al. 2015). According to the internet collection, it is also found that the selected model has mainly discussed the impact of the after developing the internet application, which is beneficial to make smart city instead of a small city. In order to improve the business and gain competitive advantages, then it is required promoting brand value in the area of the market.

The internet governance model has mainly discussed about the impact of the application of the internet in the small cities. The selected model mainly provides different multitask holder approach, which is profitable to make a policy decision for the global distribution network. In the perspective of Hurel and Santoro (2017), the selected model aids to make ethical decision-making process along with the proper sustainable and accountable process. Hence it is also found that the model aids to make a better quality of products which is profitable for the improvement of the organization. On the basis of the governance model, it has mainly described the different important factors such it can improve the educational system in small cities. On the other hand, it is also found that the proper innovation of internet application also provides the different advanced technology which is effective in the healthcare organization. The advanced technology is profitable for the treatment process in small cities. Therefore, it is seen that the elected model also includes different policies such as transactional law, which are beneficial to avoid the statutory factors.

The usage of the internet provides security features to the buildings, residential homes as well as offices of small cities. Dlodlo and Kalezhi (2015) noted that the increasing population in small cities is increasing the need internet application for further development. Internet usage improves the security need by making organisations or residential homes of small cities use upgraded systems, such as biometric systems and system of facial recognition. The usage of the biometric system (IoT technology) improves safety and security for business owners, homeowners, employees, government and workers. On the contrary, Kunze et al. (2016) argued that internet usage increases the risk of information loss, which can have a negative impact on small cities. The loss of information in the hands of hackers creates risks for people or organizations to win advantage over its competitors.

The installation and development of smart internet networks are useful for enhancing communication capabilities, which enhances the performances of small cities. Just and Latzer (2017) commented that internet usage makes communication possible within cities, which helps in developing its infrastructure. For example, in small cities, such as Carmel or Mancos people can communicate issues related to traffic light, park development or building grids within the city parks with responsible agency or city council. On the contrary, Hurel and Santoro (2017) argued that internet usage has a negative impact on city development due to increasing risks related to virus attacks. Virus or Malware attacks can be faced by the system of city councilor, which can negative affect important files and crash it.

Prevention of Congestion and traffic flow

The internet issues are beneficial for small cities to managing traffic flow are greatly. As stated by Dlodlo and Kalezhi (2015), traffic congestion issue can easily be removed from the cities that make use of internet for handling traffics. Sensors are used for communicating things related to vehicles in the cities passing from a specific spot to another. It can help in gaining outcomes, like cutting down traffic snarls, improving safety as well as road management of small cities. Contrarily, Hurel and Santoro (2017) argued that use of the internet can make users move into the virtual world, which can create physical problems for local people of small cities, such as obesity. The people who use internet generally do not perform exercises, which results in obesity.

2.7. Future scope of the study by explaining methodologies and future trends

The present research will become attractive for other researchers as it can provide vast information regarding the usage of internet in small cities. The research topic can be interesting for researchers in current days due to improper availability of internet in small cities. The absence of proper internet has limited the security level as well as job opportunities, thereby limiting the economy of small cities, besides hampering its growth. In order to complete the study, the researcher will choose primary source for gathering raw data from participants related to the research topic. Furthermore, Quantitative, Qualitative technique and MS Excel will be used for properly analyzing the gathered data.