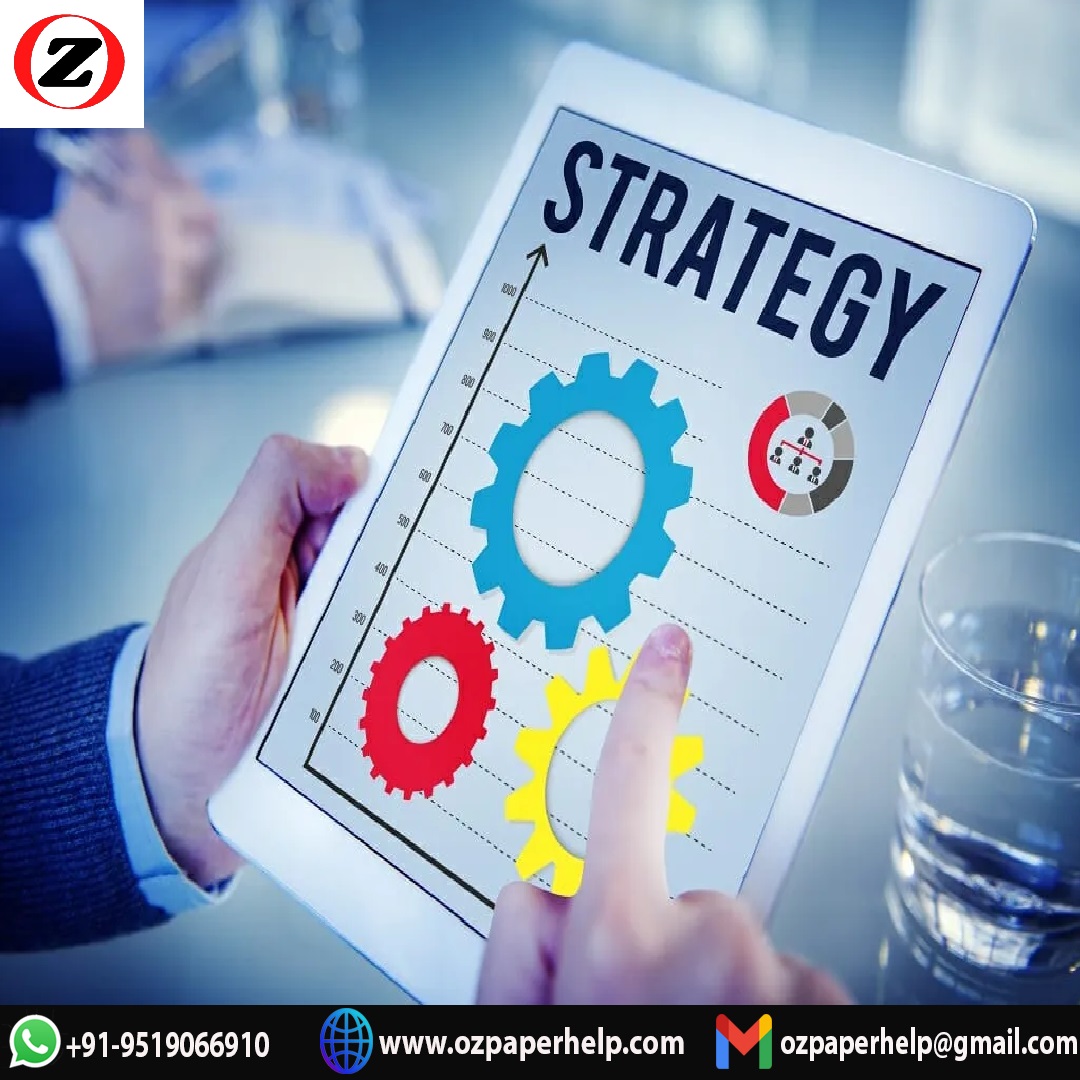 This report is a reflection of the present international strategy, which has been adopted by M&S based on the past issues faced by the company. M&S took various strategic steps during the time of their downfall and directed their sheer attention to overcome those mistakes. The purpose is to bounce back proficiently in the global marketthrough enforcement of its innovative marketing strategy. This report presents a mixture of case study materials and academic research on business strategies of M&S followed by strategic recommendation. In recent years, Marks and Spencer has ended their mainland online operations in retreat from China. The brand planned to close 100 stores all over world and the chain shed 18 outlets in France. In Canada, the brand has only 59 stores where there is a scope of business development. This report entails whether the organisation should advance to internationalization business or not after assessment of the present market situations.

Market Structure of Marks & Spencer in France, Canada and China

The major number of acquisitions made by M&S was Canadian Peoples Department Stores, DiAllaird’s and Walkers store. The executives of M&S realised that Canada is a good market to make investments because of its stolid infrastructure, high income, low political risk, large middle class and better use of English language (Plant & Veletanlic, 2017). The market structure is quite good with lots of customised stores according to local needs, which includes improvement of food departments, use of Canadian merchandise, initiation of suburban stores and reorganization of stores in inner city.

According to the European report, M&S brand chose France as the gateway country and Paris as its gateway city to make an entry into European marketplace. After an in-depth market research, the brand strategized to adapt their outlets according to French lifestyle. The French stores of M&S offered closer fitting clothes, wide variance of French wines and least possible British imports. The market expansion of M&S in European countries has slowed down but still the company pledged that the employees losing their job would receive usual salary continuously for one year (Jones, Comfort & Hillier, 2016). Moreover, the brand strategized to provide up to €12,000 for further training.

M&S adapted the appropriate entry strategy in accordance to Chinese market. The brand planned to open wholly owned subsidiaries all across China. The company implemented discounted policy for selling British made goods that are cheaper to source from China (Bao, 2016). Chinese consumers turned down M&S clothing products with the thought that those stuffs were indicated towards 40 years or above olds. Most of the stores in China are located in remote suburbs, which are populated with senior citizens. M&S clothes were expensive in China and only older people who are least reluctant to spend money can afford it because of core values of product quality. The products are unaffordable to Chinese customers and even foodstuffs are comparatively expensive.

Considering French market, M&S really could not propel their business as expected from their entering strategy in European market. In France, there is least demand of fashion stuffs and on the contrary, there is unexpectedly high demand of food division. The brand thereby strategized to close 7 out of 18 stores in France. In recent years, M&S has tried out different strategies for bolstering their stuttering portion of their business (Khoury, 2016). Following that event in the year 2016, M&S focused to develop their franchised food business as there is demand for their good quality food and innovative products availed at convenient locations. The brands food and drink businesses are performing resolutely whereas its fashion arm has been beset by various issues.

The graph clearly signifies that the impression score of supermarket section is +48 while compared to fashion with +41, which reflects diverging impression of the customers. Apparently, the supermarket section appeals to wider demographic range, memorable advertisements have set apart brand image of M&S as supermarket in eyes of public.At present, though the brand products are much loved by Frenchmen, and holdsstrong reputation in French market, there is a downward shift in opinion. Specifically women are losing their faith on M&S fashion.  The following graph indicates that current approaches made by the brand is not doing good for retaining those which would open to shop at stores.

Marks and Spencer has never been successful in Canada. The brand decided to shut down one of its outlets in the city of Edmonton and 14 other stores. Remaining 8 stores has also been closed for a short duration of one month. This incident has brought the market demand of M&S to an end after long 26years of business in Canada. Increasing loss followed by retailing economy, which was competitive and fierce, has forced the brand to withdraw their extended business out of Canadian market. The expansion into innovative retailing territory has been part of M&S’s pledge for creation of viable business within People’s Republic in next few years.

While considering the demand in Chinese market, a tough introduction was endured by M&S to retail scene. In China, with the assistance of market research along with focus groups, M&S is making promising improvements. Currently, the brand has its own purchasing team in China and its sizing has been much better. According to recent reports, the brand has planned to put an end to their online operations across mainland China. The brand has cited the complexity as well as trading cost on China’s high promotional online market (Bocken, 2017). However, the brand is grappling due to declining sales in few of its key international marketplaces, where the brand is bound to close its mortar and brick stores (Bocken, 2016). The cost of trading and complexity, together along with high promotion through online Chinese market signifies continuation of their online business operations is precisely unsustainable.

The second largest country in the world, Canada is beautiful and rich country. Having a service oriented economy and manufacturing growth, Canada has been able to secure its place at top economies across the world. For proliferation of their business in Canada Marks and Spencer need to examine all the external factors that are related to business propositions.

Canada is considered as the most powerful country and earned great success through maintaining good relation with other powerful countries like China, UK, France and others. In Canada, the foreign trade regulations has opportune M&S retailing brand to import products and the process has become much easier over time than ever before (David et al., 2019). Being a democratic country and having parliamentary system will opportune the concerned company in their business extension. The country enjoys good political stability, trustworthy policing services and low crime rate, which offers good place for tourism and business.

Canada is a member of G20, Commonwealth of Nations and Organisation for economic cooperation and development. In Canada, the competitors of M&S are highly specialised in their niche markets and focus of consumers made those brands to provide better customer satisfaction. The brand preferred importation of their products from other countries for saving manufacturing cost which put the brand into cost disadvantage for perceiving high quality (Bocken, 2017). The highly developed and mixed economies will opportune Marks and Spencer to establish their business permanently provided the brand meet consumer expectation.

Canada is a diverse country where people call it the country of new comers. Unfortunately, there is a huge shortage of skilled labours in numerous sectors and many business owners objectified that labour shortage is obstructing their business growth. The Canadian customers demand high quality product and prefer online shopping. In Canada, concepts of consumers in the marketplace changes from time to time. Canadian person does not sense British stuffs as high quality. There prevails a shift of demand to get more fashionable clothing. In addition, for majority of customers, price sensitivity has increased which left M&S in least competitive position ("Marks and Spencer SWOT & PESTLE Analysis - SWOT & PESTLE.com", 2019).

In Canada, technology is the fastest growing sector. This sector is offering Canadian people high salary jobs, changing the landscape of numerous industries and ensuring lot of opportunities to companies and its employees. The brand has to communicate with the producers and designers of various countries around the world to be aware of present fashion trends (Bao, 2016).

At present Canada is facing severe environmental challenges such as increased number of air pollutants, smog, climate change and acid rain, which is affecting Canadians. To many people, air pollution has become a significant concern (David et al., 2019). Canadian government has taken many initiatives for decreasing emission of greenhouse gases and air pollution.

There are numerous opportunities for doing business in Canada. Joint ventures, cooperation, trusts, cooperatives, limited or general partnership and sole proprietorships are much common. For international businesses, most popular entry method into Canada is corporation.

France is a major ally of USA and maintains a strong relationship with Germany, UK and others. Similar to Canada, France enjoys stability in their political aspects. However, the country is facing certain law and order challenges whereby, few French foreign policies has been criticised. In France, the taxation policy followed by changing government might bar growth of business processes of M&S. Moreover, minimization of sourcing cost because of free trade policy is another political barrier, which is pushing M&S retail business to the corner.