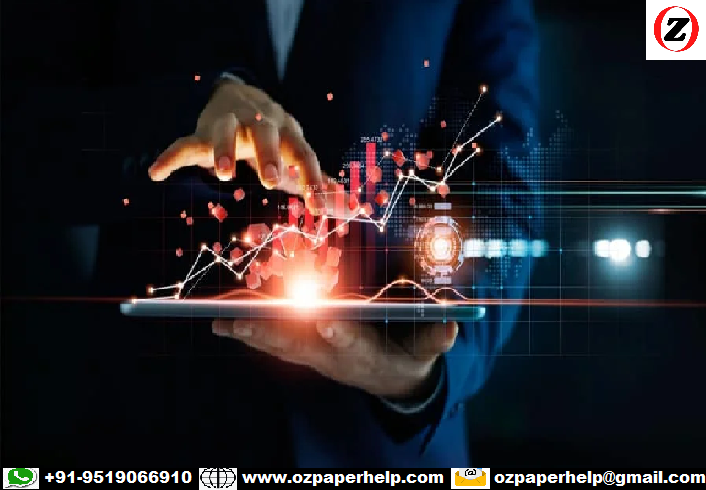 Lack of infrastructure and its impact on Australian Economy

Infrastructure is the most important factor in a nation’s economic development. It stays as a backbone of a country and maintains its growth rate upwards. Lack of infrastructure can lead to breakdown of a country. Infrastructure is related to all sections of development ranging from transport to city to network and everything. Therefore, it has its footprint on economy also. Poor infrastructure results in poor economy. Australia is a Continent in the Oceania region that comes with a population of almost 25 million. It has a total area of 7,692,024 sq km with a GDP growth of $52,191 per capita. In these days, there has been an economic degradation in Australia. One of the projected reasons for such happening is Australian deteriorating infrastructure that has been a point of concern in the continent. Not only that, a severe impact in the economic growth has hammered Australia (Audit and Australia, 2015).

Australia has gone through an economic change since its birth. It was a British colony established in 1788. Colonization generated a change in human resource and activity, which eventually turned the nation into a successful economy by 1890. From the difficulties, Australian economic history can be classified into four parts that includes Bridgehead economic foundation that occurred before 1820; colonial economic growth between the year of 1820 and 1930. Then, the origination of protectionist and manufacturing state, that occurred within 1891 and 1973 and finally freedom and structural alternation since the time of 1973 (Attard, 2014).

Infrastructure generates variety of effects in activities related to production and households’ quality of life. Infrastructure also provides services including bridges, roads, airports, railways and many more. It requires investments, maintenance and development at a constant rate. If the infrastructure degrades, the economy also gets hampered as the production and services get disrupted. That is what occurred to Australia in the recent times.

In the last five years there has up and downs in Australian infrastructure. Few years back, it was mentioned that the Australian population has enhanced three times more than other developed countries. Australia’s economic growth was then, projected to be one of weakest in the entire world. The house prices started rising as enough houses were not built at that time. The laws of planning were much confined. The infrastructure Australia Amendment bill was passed in 2013, when it was expected that the bill would reduce Infrastructure Australia’s independence (Kohler, 2014).

In a speech in Hobart in 2015, assistant governor (Economic) of Reserve bank of Australia mentioned about the economic growth back then and where they stood. The turned down situation for commodity prices and mining investment in the country was stated along with the feasible solution of working more efficiently and generating more productivity (Kent, 2015).

The NSW infrastructure was projected to maintain Deloitte Access Economics in order to form the probable economic benefits of investment that is planned. It was expected that for a developed country like Australia would generate positive outcomes in infrastructure when compared to developing countries. However, the no effect percentage was still around 22% at that point of time. Proper recommendations were made at that time which told that some parts of infrastructure had been slow in adoption because focusing on customers was absent. A model funded by users was also suggested and supported by experts. The then prime minister Malcolm Turnbull did express keenness in charging motorists for using roads as fuel excise taxes turned out to be inefficient as fuel efficiency of cars had increased (Iggulden, 2016).

In 2017, government of Australia ultimately accepted the call of the central bank to generate economic stimulus in the annual budget with an infrastructure plan of AUD$75 billion. Growth was projected to be supported by rail, runway and road constructions up to Western Australia from Western Sydney. Assurance of creation of thousands of jobs was given. The fiscal deficit forecast was calculated to be AUD29.4 billion for the year 2018. The return was expected to surplus by the year 2021. The investment was expected to trigger spending in private sector and consumptions in households were expected to grow up. As a whole, steps were taken to boost economy through infrastructural development. The project included establishment of new airport in Western Sydney, expansion of Snowy-Mountains hydroelectric schemes, developments of national highways and raising funds for an inland railway project from Melbourne to Brisbane (straitstimes.com, 2017).

This year after a pre-budget cabinet meeting between Treasurer Scott Morrisson and finance minister Mathias Cormann it was stated that $24.5bn spending in the infrastructure development of the states. The budget contained $1.75bn investment boost for motorway linking North-East of Melbourne and $475m spending in infrastructural development of “Monash precinct railways connection”. Princes Highway East was subjected to $132m infrastructural investments and monetary boost of $50m was issued for rail line in Geelong. Melbourne airport also expected to receive an investment of AUD5bn (Karp, 2018).

However, in this year’s June, the chief of Infrastructure Australia Philip Davies stated that the big business and the Australian government had failed to make proper planning of infrastructure. According to the reports, Philip Davies appreciated few important investments in infrastructures that include Airport in Western Sydney, M80 ring of Melbourne and metro channel in Brisbane. The government was mentioned to be non-meticulous in planning for infrastructural development (Bagshaw, 2018).

The current federal government has taken a proper infrastructural plan for Australia and certain measures are taken. These policies by the federal government includes, productive cities, Competitive market, better decision and delivery, development of remote and indigenous communities, funding, putting the plan into actions, productivity regions and sustainability and resilience.

In case of productive cities the actions that the federal government wants to take is planning for the largest cities in Australia and developing bus and train services like other big cities in the world. To develop railway infrastructures, investments should be generated. The Australian government is expected to develop a national population policy in order to determine the parts where the infrastructural development is required. More housing is expected to be planned as per the expansion and population growth in the cities to sustain livability. Proper governance is to be taken in all the cities and councils can be considered for amalgamation to generate a chance of increasing effectiveness.

Infrastructural changes are expected to occur in the telecommunication and energy sectors to provide better outcomes and develop better economic growth. Improvements in regional water providing systems are to be done. Injection of funds can occur in public road and transport service. The government is expected to remove limitations for network providers. Data service quality is expected to increase. In road development, the government is expected to charge for heavy vehicles in the next five years and for light vehicles the time should be ten years (Infrastructureaustralia.gov.au, 2018). The electricity and gas markets should are expected to shift towards total retail price deregulation very soon drawing on advice from Australian Energy Market Commission. Regulations are to be updated. The national water reformation plan is also a vital part of infrastructural changes. The federal government is expected to set up water entitlements in the northern part.

For better decision and delivery, the Federal government is expected to increase the quality of service and allocate more funds for works to develop project.  The government is also expected to build up a national Infrastructure Performance Measurement Framework to provide in order to make routine inspections of the infrastructure projects. New technologies are to be adopted to improve delivery, maintenance and planning of the concerned infrastructures. 3-D models of should be designed while delivering a large-scale complex projects.

The infrastructural plans that are modeled properly require action. The government looks to introduce national governance principles developed by Infrastructure Australia which would draw the outlines of the entire planning and modeling process. Maximum public benefits of a specific project should be achieved. To meet the projected outcomes, proper funding is expected to be done by the federal government. User charging mechanisms are expected to be applied, outcomes of wider land usage are to be projected. Specific conditions for specific projects are to be taken into account. Moreover, infrastructural incentives standards are expected to be reformed by the government. By this, a better outcome is expected to be met.

The Federal government is also expected to develop A National Freight and Supply Chain Strategy to identify effective path from farm to the market and provide information about strategic projects related to infrastructure. Instructions will be provided to states and territories to construct future ideas and government and private injection of investments to help regional hubs growing fast and aiming to become more and more productive. The energy market rules are considered for reviewed by the government. Mobile infrastructures will be developed very soon in order to provide better service. Water is also projected as one of the most productive regions of Australia. More and more information are expected to be gathered by the government in order to support agricultural options in the northern part of the country. The latest capacity by regional providers of drinking water is to be reviewed. Better sustainability and effective cost models can actually lead to infrastructural development.

Infrastructural development also includes indigenous and remote communities’ development. The government is expected to function along with private sectors in order to diesel generation with affordable and efficient renewable energy. For remote communities the federal government is about to maximum the benefits of National Broadband Network (NBN). Investments relating to COAG investigation needs to supported by all the governments. To make the remote indigenous communities much more economically independent the federal government is taking several infrastructural measures. Expertise of local people should be utilized at the highest level and new policies are about to be taken for the communities (Infrastructureaustralia.gov.au, 2018).

The government is aware of developing sustainability and resilience in order to develop the infrastructure. The government is more interested in using networks in a better way which includes betterment of transport networks, efficiency in diminishing time and costs in case of users. Energy and water service providers should also achieve sustainability in order to develop infrastructures. Government is expected to provide safe, connected and sustainable transport infrastructure. Electric emissions reduction and transport emissions reduction is required to achieve sustainability. Private sectors are taken into account and strategies are developed taking both public and private sectors under consideration. Network resilience is one more factor that is to be achieved by the help of planning and organizing service supplies.

According to a leadership project in University of Sydney, there are ten main propositions for better infrastructure initiative that includes: