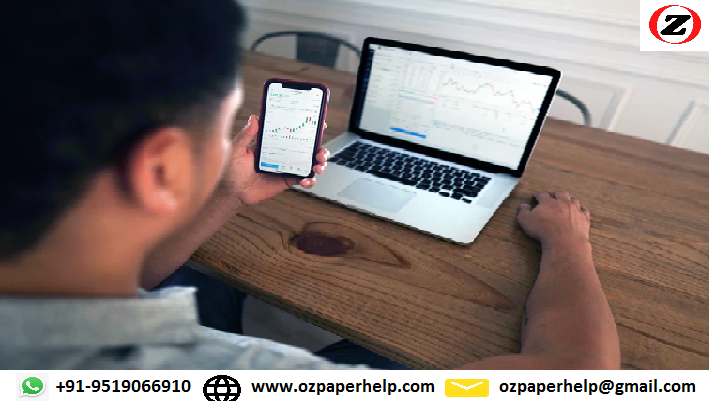 The current report aims at analyzing the impact of funding and cost-saving housing strategy on the homelessness crisis prevailing in the Ealing borough and it was compared with the Chiswick borough. It was found from the analysis that the there have been massive improvements in the availability of the affordable households across the boroughs. The homeless and Housing strategy is aimed at preventing homelessness and have achieved the goal of improving the quality and affordability of the households.

The present research is aimed at analyzing the homeless crisis within the Ealing borough of west London and will be compared with the Chiswick borough. The report also focuses on the government's view of saving the costs of providing housing to the homeless while improving efficiency.

The present study has used primary qualitative method of data collection. The collected data has been analysed with the help of descriptive statistics and MS-Excel software.

The legislative history of the borough is also discussed in this report. West London comprises of eight boroughs of which Ealing forms the centre. The Ealing Council collaborates with Housing Delivery partners for making public services secure, ensuring security by providing homes and deliver value for money which will be discussed in part one. However, homelessness, drug abuse, and alcohol addiction are prevalent within the Ealing borough. The elder population forms a significant part of Ealing borough which leads to the increased quantity of service users suffering from a long-term illness. The mental health NHS Trust established a partnership with the local providers in primary, secondary and community care to raise standards of services to meet the demands of the population of the Ealing borough.

2. Demography of London borough of Ealing 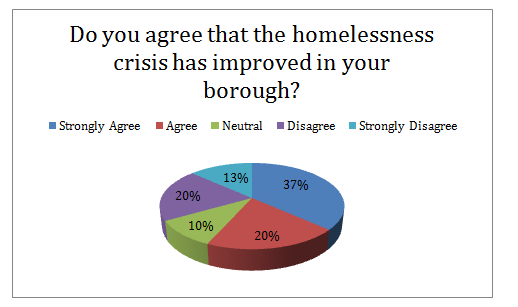 3. Impact of government Legislations on the Housing

The Homeward Ealing was launched on the 1st of October 2015 to meet the objectives of providing quality health and social care services to the people who reside in the Ealing Borough which will be critically analyzed in part 2. However, the government cuts in public funding in the country before the election in 2010 had negatively affected the development in housing strategies for the borough. There was a reduction of 26% in the public funding offered to local authorities (Localstats.co.uk, 2019). The authorities had adopted novel methods to increase investments as a response to government cuts. The New Homes Bonus schemes provide an opportunity which entails that the government provides the additional council tax which for six years after the construction of the home. In order to deal with the homelessness crisis in the borough, the Ealing council adopted the Homelessness strategy and the Housing which showed progress by delivering 1124 homes that are affordable and bringing back 825 properties into use by 2014.

The publishing of homeless and housing strategies lead to the changes in national policies and legislation of the government. This entails the addition of a housing strategy to the sector involved in social housing and reviews of the welfare benefits and planning system. The Localism Act 2011; the Energy Act, 2011 and the Welfare Reform Act, 2011 were included in the new legislation (Baldwin et al. 2016). Moreover, the Strategic Housing Market Assessment, have revealed various issues in the Ealing borough due to changes in demographic observed in Census 2011. The Ealing borough has experienced a loss of population because of outward internal migration. The capacity to afford to house worsened due to increasing low paid jobs. The reduction in public funding by the central government created additional pressure on the services provided by the Ealing Council.

The council has planned to open five new stations in 2019 along Cross-rail that passes through the centre of the Ealing which provides opportunities to build new homes. The Ealing council has partnered with the house delivery organizations to develop a program set aimed at delivering around 3000 homes with mixed tenures in the future (El-Gingihy, 2018). The issue of homeless can be linked with poor health and crime and thus it is of prime importance for the council to take measures to solve the crisis of homelessness (Dhaliwal and Forkert, 2015). In order to solve the issue, the Ealing Council had strategically planned to meet the requirements of elder residents, increase the number and quality of affordable homes and provide support to the population to access the affordable homes. The measures aforementioned will help in preventing homelessness in the Ealing borough.

The strategy “Laying the Foundations” entails measures such as affordable rent, flexible tenancies, and homeless duties. The Green Deal scheme is designed by the government to increase the efficiency of homes in terms of energy. It hands over a responsibility to the energy providers to support vulnerable households with conserving energy. On the other hand, the Housing Related Support Commissioning Strategy (2013-15) which aims at supporting the local authorities focusing on housing-related services. The reduction in funding for these services led to a decrease in the number of services commissioned by 41%.  Thus the strategy aims at solving the issue to increase the number of services to provide affordable homes (Wistow et al. 2015). Furthermore, the Ealing tenancy strategy (2012-15) which encourages the social housing, delivers to provide tenancies whenever possible, to constrict the usage of flexible tenancies and to make the renting affordable. The Housing Revenue Asset Management Strategy, March 2013 prioritizes the good standard of maintenance and repair systems of accommodations in Ealing borough. The strategy also aims at developing long term plans to improve fuel poverty and decrease carbon emissions (Crae et al. 2018). The strategy aims to recognize the properties that are not being used to build new homes. Moreover, the Ealing Private Housing Strategy (2014-19) has the primary goal of increasing the number of private homes and improves their condition.

The Coalition government had abolished the Tenant Services Authority and changed the Housing Associations were changed to Registered Providers from Registered Social Landlords. The funding and regulations of the organization have been taken over by the Homes and Communities Agency which led to various changes to the National Planning Policy framework (Kovářová, 2018). The Welfare reforms have brought about changes to disability benefits and the housing benefits which affected 54% of households. The reform also constrains the annual increases for benefits in the working age to 1% (Localstats.co.uk, 2019). This has created the extra-budgetary pressure on households affected by the reforms. These political factors have contributed to the crisis of homelessness among the people residing in Ealing Borough (Munro et al. 2017). However, the Corporate Welfare Reform Steering Group was established to coordinate programs aimed at mitigating the issues formed due to Welfare Reform. Another overcrowding in the Ealing Borough is 23% higher as compared to London Average. The bedroom rating indicates the issue of overcrowding in 17,601 households which falls short of one bedroom. The measures taken to reduce the impact of overcrowding involve encouraging the under-occupying residents to free the properties for overcrowded homes (Gilbert et al. 2019). Another challenge is to deal with the issue of fuel poverty which is related to winter deaths existing in the UK among the elderly. It has been estimated that 12% of households are suffering from fuel poverty in Ealing. The measures taken to deal with the challenge includes the application of Energy Strategy which aims at improving energy efficiency. This strategy encourages the householders to invest in new energy efficient technologies and improve the existing technologies by providing incentives for investment. The efforts are being made by the Ealing Council to mitigate the effects of changing reforms and reduction in public funding creatively to prevent homelessness in the London Borough of Ealing.

Question 1: Do you agree that the homelessness crisis has improved in your borough?

The pie-chart represents that 37% of the respondents strongly agree that the homelessness crisis has improved in the Ealing borough while 13% strongly disagree that there has been any improvement. The mean for this question was found to be 2.53 while the median was found to be 2. This indicates that the respondents agree with the statement that the homeless crisis has improved in the Ealing borough.  Chiswick borough is situated in North West London which also deals with the situation of homelessness effectively by using various strategies. There are many organizations in Chiswick providing homeless services and shelters for those who are in need of it. These shelters also provide rehabilitation services to reduce the problems associated with alcoholism and drug addiction. The homeless strategy also brought back around 200 properties into use.

Question 2: Do you agree that the homelessness due to high rents posed on household properties is decreasing?

It can be observed that 33% agree that the homelessness due to the high rents posed on household properties is decreasing and 10% disagree with the decrease in high rent household. The graph also represents that 13% have a neutral opinions on whether the high rents on household properties causing homelessness are reducing or not. The result of the statistical analysis shows the mean rating to be 2.5 while the median to be 2. This implies that respondents agree that the homelessness due to high rents have reduced significantly. On the contrary, the rent levels are found to be low in the Chiswick borough as compared to the other boroughs in London. The Chiswick borough council has adopted the new house strategy which aims at supporting the residents to afford homes and provide a healthy borough (Paterson and Gregory, 2019). The implementation of housing and homeless strategy in Chiswick has to lead to an increase in households by 13% which is less than the increase in the number of households in Ealing Borough.