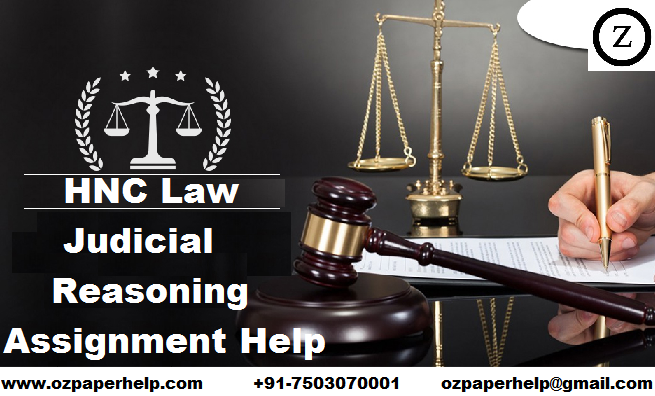 1. The functions of law include defence against evil, promotion of common good, dispute resolving over limited resources and encouraging people to do what is considered to be right.

The Lesbian, Gay, Bisexual and Transgender (LGBT) rights in the United Kingdom (UK) has witnessed significant evolution over the years (Aulette and Wittner, 2012). Sisters marrying each other would be an incestuous act which is considered to be illegal across the world. Marriage in the UK has been recognised in religious and civil unions that takes place between a woman and a man. Since the year 2005, civil partnerships were made available to same gender couples in the United Kingdom. In the year 2013, the Marriage Bill was introduced by the UK Government to the Parliament that would legalise same gender marriage in Wales and England.

Since same gender marriages were not recognised earlier, hotel owners whose religion made them believe physical intimacy outside marriage to be amoral and renting out a room to a couple who were not married would be promoting sin and had to pay penalty for the same. Such penalty was imposed due to the unequal treatment towards people which was discriminatory in an unlawful manner and not due to the religious beliefs of the hotel owners (Miller, 2012).

2. The legal implications and regulations that the citizens of the country require to abide by plays a significant role in the delivery of judgements by the different levels of the judiciary system existent in the UK and other member nations of the European Union (EU) (Smith, 2005). The extent of applicability of such implications of legal frameworks and the method of working of the judiciary system of the country require proper establishment to provide clarity of implications to the people.Such framework is greatly dependent on the legal structure prevalent in the countries of the EU and the citizens should be in a position to understand the extent to which the provisions are applicable. They should also be aware of which of these legal establishments are bound to follow the provisions of the other. The local council by-laws are dependent on the judgements of the Parliament. The Parliament is the ultimate legal authority in the country and all the other courts of law need to abide by the regulations and legal frameworks of the Parliament. Though the UK legal structure is dependent on the EU regulations, in situations where conflicts arise, the final decision of the Parliament will be followed as the Parliament is the final jurisdiction authority (Mackenzie, 1959).

A common law can be considered to be void for judgment on relation to a particular case when it contradicts with the provisions of the Parliament. This is considered to be outdated in comparison with the latest provisions and is challenged in a higher court of law, the verdict of which is ruled in favour of the petitioner.

3. In the delivery of the judgement of the Morley v Police (1996) case, the District Court Judge felt that the Hilder v Police case could be rejected and the outcomes of the cases of Cantley v Barton and Mieckle v Police cases could be taken as a precedent to the case because the judgement that had been delivered in case of the latter were in accordance with the legal provisions of the Parliament of UK. The focus of Hilder v Police was more on the relevance of the council by laws. This was in the delivery of the judgment and the judge probably felt that the same were not completely in accordance with the legal provisions of Parliament (Lender, 2006).

4. In the English legal system, stare decisis or doctrine of binding precedent is considered to be basic where a precedent is the statement with regard to the law given by the judge in the decision of a case (Slapper and Kelly, 2004). According to the doctrine, within the hierarchy of the courts the inferior courts are bound by the decisions of the superior courts. In situations where there has been precedence set up by a superior or equal court, the judge needs to adhere to the ruling of the same. If precedent is set by an inferior court, the judge need not adhere to the ruling. Only the Supreme Court need not adhere to its own precedent (Wiseman, 2011).

The statements related to the law are binding which is called ratio decidendi or reason for decision. Reasons other than these are known as obetir dictum or by the way. A court is not bound by precedent if there had occurred any sort of lack of care in the original. In situations where there is material difference between the cases, then it depends on the court to select the precedent or not. Decisions of the lower courts are included in the persuasive precedent. Such decisions are not binding but can be persuasive. A subsequent decision is in a position to overrule a precedent by an Act of Parliament or a superior court.

5. The defence in the case of a young man letting a pig inside a mosque would include the fact that it was meant as a joke and not to hurt the sentiments or demonstrate disrespect for anybody. Also, the mosque was empty when the pig was let in, hence no individual was disturbed. People of the Islamic faith do not consume the meat of pigs, but a live pg would pose to be of no harm to anybody as it is not a vicious animal. The intention of the young man was to just have a laugh when the people saw the pig inside the mosque on the next day, he did not intent to outrage the cultural belief of anybody.

The defence in the case of the Church of Jesus Christ Triumphant would be that firstly the French nationals were not aware of the fact that the people singing were associated with the church and were singing with God in mind. Secondly, a station is a common area, where many people perform various things and for people who visited the station for the first time would be difficult to identify who was singing in praise of the lord and who was singing to earn some money and who was singing just to entertain the people.Thirdly, for people from a different country, it is difficult to understand the religious sentiments of a different country. Fourthly, just because a word coincided with the song being sung by the church representatives, it could not be assumed that the French nationals were displaying disrespect towards them.

The defence for the case of the members of Haringey Women’s society being abused by two drunken men would be that the men were under the influence of alcohol and did not act in their senses. Their hatred towards women would also be considered a personal perception and if they voiced their views, it was not directed only towards the women present but towards women in general. The Town Hall is a place where people of the area meet up, it neither is religious nor is related to a person’s cultural orientation. Culture includes beliefs, customs and other practices of the community, here however the comments were directed towards women in general and not towards the cultural beliefs or norms of anybody.

6. Statutory Interpretation has a number of rules (Sullivan, 2007). A significant such rule deals with the plain language of statute. The rule explains the statute means what it says. This can be explained by saying that if a statute says motor vehicle, it is possible that the court will construe it as being referred to the elaborate range of motorised vehicles that are useful for travelling on roadways by the legislation. This would not indicate any other mode of transport like a bicycle or aeroplane though a bicycle is useful on the roadway and aeroplanes include a motorised propeller.

Extrinsic aids to interpretation are composed of everything that are not to be found within a statute. The application of extrinsic aids implies non adherence to literalism.External aids of a statute can also be utilised as recourse.

In case of conflicts between the different sources of law where there is a conflict between the case law and the legislation, there is a presumption that precedence occurs with regard to legislation due to the inconsistency. Such principle is termed as Parliamentary Sovereignty in the United Kingdom. There exists a presumption that the Parliament does not legislate in a way so that UK would be involved in a breach of its international obligations.

In the case of Sir Rupert Cross, Statutory Interpretation (3rd ed, 1995), the involved English approach did not include many choices between the alternative rules. The judge primarily considered the ordinary meaning of the words in a general context with regard to the statute and a context based broad view was taken later. Finally, other possibilities were considered where an absurd result was obtained for the ordinary meaning. Such contextual unified approach obtained support from dicta in the decisions of the House of Lords where there has been a discussion of the general principles of the statutory interpretation.

The approach where it is demanded that the courts give preference towards the construction that provides effect to the spirit of legislation is called the Teleological Approach (Levering, 2008). The courts need to consider questions related to social economic policies. This approach is much broader and predominantly applied for the interpretation of the European Law as such law is often drafted in terms that are considered to be wide. Pickstone v Freemans plc (1998) 2 ALL ER 803, HL is a case which relates to this.

The European Commission Law (EC Law) creates frameworks for the State to operate within. Direct Effect is used by the European Court of Justice that enables the citizens to use the EC Law towards personal advantage.

Directives are considered to be binding only for the member states they are addressed to. On adoption, the directives provide the member states an implementation timetablewith regard to the intended outcome. Doctrines and Direct Effect were developed by the European Court of Justice for applying direct force on directives that were unimplemented or implemented not as per standards.