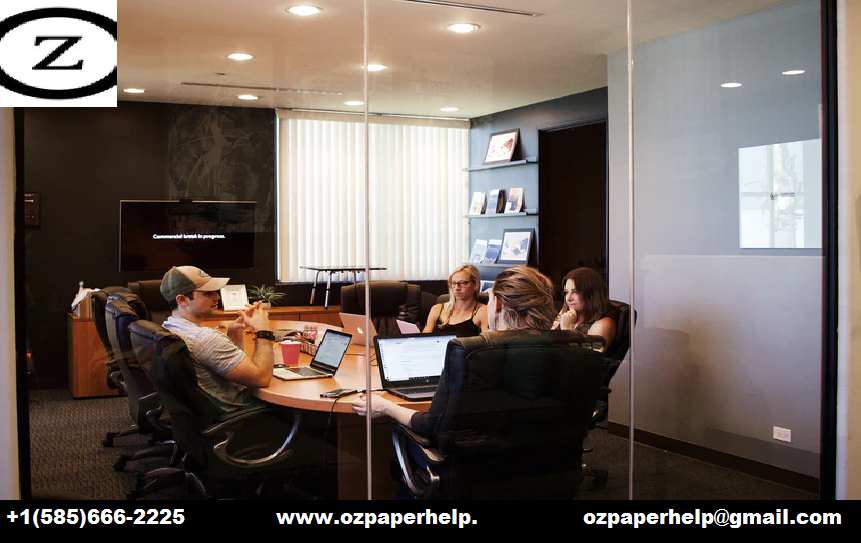 Lo1Task 1 1.1 Historical Developments in the Travel and Tourism Sector
Middle Ages (Medieval Pilgrimage)
Medieval  England  was  a  society  in which  spatial  mobility  was extremely limited. Serfdom (until its decline in the 14th and 15th centuries) bound  peasants  to  the  land,  and even  free  peasants  had  their  mobility circumscribed  by  law  and custom.  Yet,  the  process  of  taking  part  in a pilgrimage, often  to a saint’s tomb, provided  an acceptable means for peasants to leave the local community for a time (John M. Theilmann, 1987)
Pilgrims whilst on their journeys came across many stories, and often they gathered these stories and told people along their journey and when they got home. Sometimes they would bring back relics, and sometimes these relics would attract stories all of their own. (https://sites.google.com/site/candnmds/club-talks/medieval-pilgrimage-in-england)
16th century
Grand tour undertaken by young nobles.
This possessed its own, new structures that were clearly defined by corporate status: the original goal was to broaden one's education, mark the end of childhood and acquire and hone social graces; however, over time, leisure and pleasure became increasingly important. (http://ieg-ego.eu/en/threads/europe-on-the-road/the-history-of-tourism
18th century
Aristocrats who wanted to avoid mixing with the parvenu bourgeoisie sought more exclusive destinations and pastimes. This is evident in the fact that they found renewed enthusiasm for bathing holidays and took up residence in luxurious spa towns with newly built casinos. (http://ieg-ego.eu/en/threads/europe-on-the-road/the-history-of-tourism)
19th century (Mass Tourism)
Educational journeys undertaken by the (upper) middle class were an important stage in the development of tourism. The travels of the educated middle classes imitated those of prominent poets and philosophers.
People journeyed in coaches, explored the countryside and cities, visited landmarks in order to experience nature, culture and art directly on the spot and deepen one's understanding of them. (http://ieg-ego.eu/en/threads/europe-on-the-road/the-history-of-tourism)
Brighton boomed when the railway link to London opened in 1841. For the first time, ordinary Londoners could afford a day-trip to the seaside. (http://myweb.tiscali.co.uk/speel/place/brightn2.htm)
Organized group holidays offering an all-inclusive price that reduced the travelers’ costs were an innovation of the 1840s. Thomas Cook (1808-1892) , a brilliant entrepreneur from England, is seen as their inventor and thus the pioneer of commercialized mass tourism. His first all-inclusive holiday in 1841 took 571 people from Leicester to Loughborough and supplied both meals and brass music. From 1855, Cook offered guided holidays abroad, for example in 1863 to Switzerland. (http://ieg-ego.eu/en/threads/europe-on-the-road/the-history-of-tourism)
1st third of the 19th century and around 1950
It prepared the way for a mass tourism recognizable to modern concepts of spending leisure time. The most important undoubtedly include not only the advance of industrialization, demographic changes, urbanization and the revolution in transportation, but also the improvement of social and labor rights, the rise in real income and the resulting changes in consumer demand.
Railways also created greater mobility. The first sections of track were opened in England in 1825, in France in 1828, in Germany in 1835, in Switzerland in 1844/1847 and in Italy in 1839 (http://ieg-ego.eu/en/threads/europe-on-the-road/the-history-of-tourism).
Victorian Era
A Seaside break is a Victorian tradition.
20th century
The tourist industry became a significant part of the capital's life and economy. The development of modern tourism in Britain began in the 1940s with the growth of air travel, although at first, the opportunity to fly was available only to the rich. By the 1990s, travel had become available to ordinary people in all countries, thanks to new transport infrastructure such as the building of the Eurotunnel and the shrinking price of air travel. Many people could afford to visit London for the day and return home the same evening.
1908 Summer Olympics was an international multi-sport event was held in London
1912 Titanic sinks on her maiden voyage from Southampton to NYC
1948 Britain hosts the Olympic Games in London, dubbed the Austerity Games
1951 was a national exhibition and fair that reached millions of visitors throughout the United Kingdom in the summer of 1951
1966 Britain wins Football World Cup
1969 The first UK-built Concorde flew from Filton to RAF Fairford on 9 April
1994 The Channel Tunnel, a 50.45km rail tunnel linking Folkestone, Kent, in the United Kingdom, with Coquelles, Pas-de-Calais, near Calais in northern France, beneath the English Channel at the Strait of Dover, opened 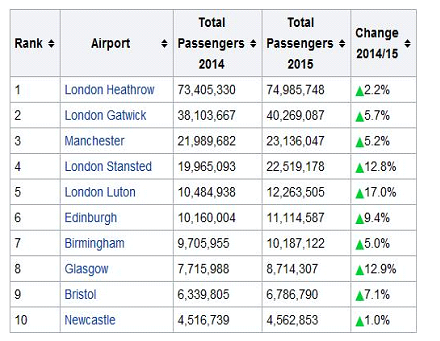 LO1 Task 1 1.2 The Structure of the Travel and Tourism Sector
The structure of the travel and tourism industry is complex because it is made up of a wide variety of interrelated organizations. These organizations can be divided into:
private
public
voluntary
Private Sector
The private sector encompasses all for-profit businesses that are not owned or operated by the government. The private sector is the segment of a national economy owned, controlled and managed by private individuals or enterprises. The private sector has a goal of making money and employs more workers than the public sector. A private-sector organization is created by forming a new enterprise or privatizing a public sector organization. (Investopedia)
1. Public Limited Company – PLC
A public limited company (PLC) is the legal designation of a limited liability company which has offered shares to the general public and has limited liability. (Investopedia, 2017)
All companies listed on the London Stock Exchange are, by definition, PLCs. For example,Virgin, Thomas Cook, British Airways, Hilton Hotels, EasyJet.
2. Private Limited Company – LTD
A type of company that offers limited liability or legal protection for its shareholders but that places certain restrictions on its ownership. These restrictions are defined in the company's bylaws or regulations and are meant to prevent any hostile takeover attempt.
The major ownership restrictions are:
shareholders cannot sell or transfer their shares without offering them first to other shareholders for purchase,
shareholders cannot offer their shares to the general public over a stock exchange, and
the number of shareholders cannot exceed a fixed figure (commonly 50).
(http://www.businessdictionary.com/definition/private-limited-company.html)
3. Partnership
A partnership is an arrangement in which two or more individuals share the profits and liabilities of a business venture. Various arrangements are possible: all partners might share liabilities and profits equally, or some partners may have limited liability. Not every partner is necessarily involved in the management and day-to-day operations of the venture. In some jurisdictions, partnerships enjoy favorable tax treatment relative to corporations. (Investopedia, 2017)
4. Limited Liability Partnership – LLP
A limited liability company (LLC) is a corporate structure whereby the members of the company cannot be held personally liable for the company's debts or liabilities. Limited liability companies are essentially hybrid entities that combine the characteristics of a corporation and a partnership or sole proprietorship. While the limited liability feature is similar to that of a corporation, the availability of flow-through taxation to the members of an LLC is a feature of partnerships. (Investopedia, 2017)
5. Sole Proprietorship
A sole proprietorship, also known as a sole trader or a proprietorship, is an unincorporated business with a single owner who pays personal income tax on profits earned from the business. With little government regulation, a sole proprietorship is the simplest business to set up or take apart, making sole proprietorships popular among individual self-contractors, consultants or small business owners. Many sole proprietors do business under their own names because creating a separate business or trade name isn't necessary.
6. Franchise
A franchise is a type of license that a party (franchisee) acquires to allow them to have access to a business's (the franchiser) proprietary knowledge, processes and trademarks in order to allow the party to sell a product or provide a service under the business's name. In exchange for gaining the franchise, the franchisee usually pays the franchisor initial start-up and annual licensing fees.
Public Sector
Companies and corporations that are government run are part of what is known as the public sector. The public sector employs workers through the federal, state or local government. Workers are paid through a portion of the government’s tax dollars. (Investopedia)
Travel and tourism organizations operating in the public sector can be:
1.  Government-controlled - receives funding from the central government, e.g. VisitBritain
2.  Local government-controlled - most local councils have a department involved with promotion and developing tourism, e.g.  Birmingham City Council, Torbay Council in Devon,  Pembrokeshire County Council and Belfast City  Council;
3.  Membership organizations - are funded from public money, but also raise income through membership subscriptions.
Voluntary Sector
Charities and other nonprofit organizations are part of the voluntary sector.
The structures of the travel and tourism sector within the aforementioned organizations include (http://www.slideshare.net/hayleyblunden/preso-structure-of-the-tourism-and-travel-industry):
Transportation
Accommodation
Attraction
Travel Agents
Tour Operators
Information and Coordination
Transportation
It is due to the improvement of transportation that tourism has expanded. Transportation is the main
means to carry tourists to the actual site where tourism services are provided.
Types of transportation:
Airlines
Coach Operators
Cruise Liners
Railways
Taxis
Car Rental Companies
Airports
London has five major airports (visitlondon.com):
London City
London Gatwick
London Heathrow
London Luton
London Stansted
Other major UK airports are Birmingham, Manchester and London Luton.
The following is the 10 largest UK airports by total passenger traffic in 2015 (CAA Statistics):
The largest airport operator in the UK is Heathrow Aorport Holdings, followed by Manchester Airports Group. Together with British Airways and Virgin Atlantic Airways, they are part of the Aviation Foundation which lobby for the aviation needs of the United Kingdom.
Coach Operators
The Guild of British Coach Operators
The Guild of British Coach Operators represents over 20 of the UK's top coach companies. Membership is only open to coach operators who can demonstrate the highest standards in their operations. All Guild Members offer a range of different types of coaches and seating capacities and all can provide executive coaches with features such as toilets and video/DVD players. Many also offer specialist vehicles including people carriers, super executive coaches for corporate functions or sports teams, double deck coaches, 70-seater school coaches, heritage buses/coaches (ideal for weddings or special events) and even open-top buses. Many Guild Members can also arrange a complete tour package for Groups. (coach-tours.co.uk/guild)
marketing assignment, marketing management assignment, marketing management assignment help, digital marketing assignment help, marketing assignment help online, marketing homework help, marketing assignment writing, online marketing assignment help, strategic marketing assignment help, online marketing assignment, marketing assignment writing service, international marketing assignment help, marketing mix assignment help, marketing homework assignment