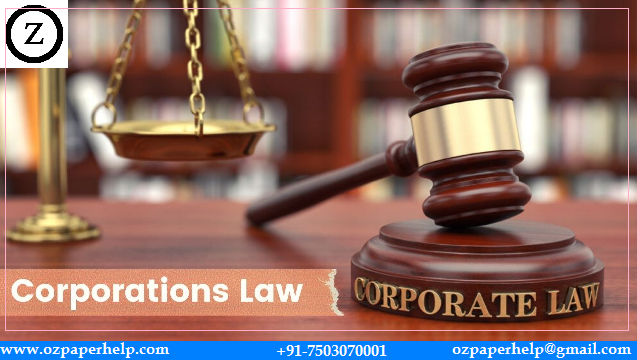 Jane has offered Jack to give her Lotus Super 7 sports car without any price when she had decided to go overseas. Jack has accepted this offer. Issue here is whether the consideration exists and is this enforceable agreement?

Consideration is considered as a price that is demanded by the promiser from the promisee in exchange of either a thing or promise. Consideration can be in the form of money, promise or kind that are agreed to exchange while entering into an agreement. For any agreement to be enforceable agreement, it is must to have consideration where both the parties are required to present what price has been paid for the promise (Paterson, Robertson & Duke, 2009). As per Contract Law, consideration is among the six elements that must exist to make an agreement enforceable. Without any of the six elements below, a contract is not valid and can’t be enforced legally:

3. Consideration- Price to pay for the promise

4. Consent – Willful intention to enter into agreement between the parties

5. Legal Capacity- people involved in the contract must be under legal consideration

6. Legality of contract- Contract should not be illegal or void

In the situation above, Jane is offering her Lotus Super7 sports car Jack and it is accepted by Jack. There is no price demanded from Jane in exchange of her car from Jack that indicates no consideration in this situation and therefore enforceable agreement.

As Jane is going overseas, she decides to sell her Lotus Super 7 sports for $25,000 whose market value in the good condition is also around $25,000. Jack accepts this offer. Issue in this case is to identify if consideration exists and is this enforceable agreement?

Demanding $25,000 as a selling price of the car is the price that Jane is expecting to receive in exchange of her car. That makes a clear and valid presence of ‘consideration’ in this situation. $25,000 is the price being asked by Jane and thus is considered as a consideration for a valid agreement.

On the other hand, Jack accepts the offer given by Jane that again completes the ‘acceptance’ element required for a contract. This situation also confirms ‘mutual consent’ element as both the parties have entered willfully into this agreement. Assuming that both are major by age and can take decisions by their own, it completes the ‘legal capacity’ element of this agreement. At the end, this agreement has no illegal nature, thus completes ‘legality element’.

This agreement fulfills all the six elements required to make an agreement binding by law. Therefore it can be considered to have an enforceable agreement between Jane and Jack. If any party withdraws or don’t execute the agreement, other party can take this to legal where it can be enforced by the law to execute the terms and conditions of the agreement (Quilter, 2014).

On her decision to go overseas, Jane decides to sell her Lotus Super 7 sports just for $2,500 whereas market value of this car in the good condition is priced around $25,000. Jack accepts this offer.Issue in this case is to identify if consideration exists and is this enforceable agreement?

Similar to the above situation, there is a clear existence of consideration as Jane is offering her car to sell for $ 2,500. Jack has accepted the offer and ready to enter into the agreement. In this situation, it can be witnessed that all the six elements have been met that include ‘offer’ by Jane; ‘acceptance’ by Jack; ‘consideration’ for a price of $2,500 for the car; ‘legal capacity’ of the parties; ‘mutual consent or willingness to enter into agreement’ and ‘legal nature’ of the promise. Existence of all the six elements makes the promise an enforceable agreement between Jane and Jack.

On the contrary, as it can be seen that Jane has offering the car for a price of $2,500 whereas its market value in good condition is around $25,000. There can be two reasons for keeping such a low price in the agreement.

2) Misleading or deceptive conduct can be another reason that may lead Jane as a seller to enforce the agreement in court if Jack has entered into the contract knowing the market price of the car that is 10 times higher what Jane has offered. Misleading or deceptive conduct occurs when action of one party or intention leads to error for other party . According to the case of Butcher v Lachlan Realty , breach of contract is occurred when there is a conduct of misleading of deception.

From the situation above, there is a clear presence of consideration and all the elements of contract that makes the agreement enforceable. However, If Jane is ignorant of actual market price of her car while entering into the agreement, and then she can legally terminate the agreement and might stop selling the car to Jack. Jack can’t legally enforce Jane to sell her car for $ 2,500.

Here in this case, shipbuilder holds the position of seller and North Ocean Tankers holds the position of buyer. The buyer and the seller are two parties that have entered into the agreement to build a tanker for buyer. Agreement was made for a price that is construction cost of building a tanker to be paid from the buyer to the seller. In this case no such provisions have been made that defines the impact of change in currency in the payment. Further, in the midway of the contract, it was witnessed that value of USD got depreciated by 10% that further affected the payment to be received for the shipbuilder. Now, the impact of this change was seen as decrease in the total expected price to receive for shipbuilder and recorded as loss due to currency exchange value. In order to recover this loss, seller has demanded an additional $3 million amount from the buyer. Though it was not already mentioned in the contract, but failure to make this payment can lead to stop the work. North Ocean Tankers had no option than to make this pay to ensure continued work so that it can make the further delivery on time. Now the issue is to find out if the buyer will succeed in recovering the excess?

Being the legal contract, it is an enforceable agreement that makes any of the party to take legal action if not satisfied with the conducts of the contract (Motto & Schuck, 2012). Here, buyer is the sufferer who had to pay an additional amount due to change in the currency price. Contract has fulfilled all the six elements required to become an enforceable agreement.

As no provisions have been made to counter the changes in payment due to changes in currency, shipbuilder had no right to threaten the buyer for stopping the work in between of the contract. Demand for an additional $3 Million can be considered void and the buyer has no obligation to pay this amount. This situation results in breach of contract as the decided terms and conditions of the contract could not be followed by the seller. North Ocean Tankers had no choice than to pay the amount to keep construction work continues.

Under this act, right to recover for damages or losses has been defined that occurs due to breach of contract or contravention. Subsection 670A(1) defines that an individual or company suffering from the breach of contract either in money or other damages, may recover the losses from the other person or company entered into the contract either directly or indirectly. Any action to recover the losses or damages may be initiated at any time within 6 years from the date particular cause of conduct has happened.

As per the case between Macmohan V Cobar , the decision by McDougall J to dismiss Macmahon's claim was the result of interpretation of consequential loss and the words of clause 18.5.

Buyer’s additional pay of $ 3 million can be considered as the unliquidated loss that are any damage occurred to any party of the contract due to breach of other party not been discussed or pre-estimated in the contract. For North Ocean Tankers, it is very important to prove breach of contract by the seller to recover the amount. According to the case between J-Corp v Mladenis the court has considered the owner’s right to claim for unliquidated damage. This creates an opportunity for North Ocean Tankers to sure the shipbuilder in court and look for recovering the additional amount paid that was not pre-estimated or any provisions made for this.

Case of Willshee v Westcourt [2009] was made to build a house where Willshee was the builder and Westcourt was the owner. Breach of contract was there in this case where owner has not received the quality and owner asked to repair again after 2.5 years. Builder claimed for the damages equal to the costs of replacement but it was rejected by the court expressing the right of owner to receive high quality of work. Breach of contract was found from the Willshee.

Therefore, North Ocean Tanker being the buyer who has paid additional amount due to currency change that was not pre-estimated can certainly sue the seller to recover the losses. In the contract there were no provisions made for such consequential losses to the parties therefore demanding the additional price by stopping the construction of tanker confirms the breach of contract from seller side. This provides a strong position of the buyer making him succeed to recover the extra amount paid.