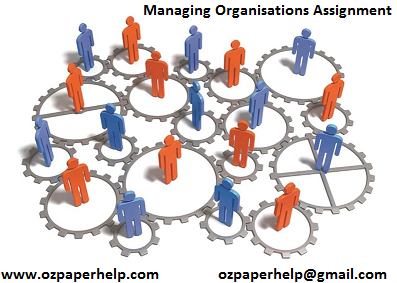 The topic chosen for our group assignment is:

The word Globalization is vast in itself and it has numerous sub section with in it. It is an opportunity for a business to create its impression on to the vast market. Many researchers have defined globalisation in various different ways. We continuously hear the phrases such as world a global village, border-less world and so on. These are all the things that describe globalisation.

1. World 3.0: P Ghemawat’s questioning of whether the world really is as ‘global’ as we are being told it is and his ideas about how it could be globalised more effectively.

3. The “End of Poverty” movement and the contrary assertion that “trade not aid” is the way to a more globalised world that mitigated against poverty.

Also, accompanying our project is the brief of our project work break down which is detailed in the task table and the Gantt chart representing the timeline of the entire group project.

1. World 3.0: P Ghemawat’s questioning of whether the world really is as ‘global’ as we are being told it is and his ideas about how it could be globalised more effectively.

The reason to select this particular article is that, Bhagwati emphasis on the world as a flat world with no boundaries which is the base argument of globalisation framework. The business is not restricted to the political or geographic borders. The advancement in the technology and modernization of the transport system has shrunk the world like a small locality or let’s say a flat world where people are no more restricted to the boundaries of their own countries. We can see many companies has presentenced its operation all over the world.

The reason to select this article/book is that Ghemawat has discussed about the CAGE distance framework which is relevant to globalisation frame work. CAGE stands for Cultural, Administrative/political, geographical and economic dimensions. The CAGE framework not only helps identify the key differences but it also insight into differences in differences by providing basic for distinguishing countries that are relatively close, along the key dimensions, from those that are relatively far.

The reason to choose this article/book is that Ghemawat has mentioned the important aspects of Word 3.0 and it is almost the same scenario in which we are operating. World 3.0’s first attraction is that it is more realistic. It not only recognises actual levels of cross border integration; it accounts for how long geographic and other forms of differences typically affect cross border flows. World 3.0 is more realistic about human nature.

The article briefed on defining and measuring globalization; the level of involvement of different nations where depth referred as intensity and breadth referred as extensity of countries international interactions.

v. Snowdon, B. and Stonehouse, G., 2006. Competitiveness in a globalised world: Michael Porter on the microeconomic foundations of the competitiveness of nations, regions, and firms. Journal of International Business Studies, 37(2), pp.163-175.

In this paper, we provide the text of an interview with Professor Michael Porter discussing his research and ideas relating to the microeconomic foundations of global competitiveness. The discussion provides a microeconomic perspective on some of the key issues relating to recent research on competitiveness, productivity, clusters, US economic leadership, economic growth and development.

Giddens defines globalisation as the intensification of worldwide social relations linking distant localities in such a way that local happenings are shaped by events occurring many thousands of miles away and vice versa. The most obvious one is the world capitalist economy. Giddens sees globalization as the motor of development that brings varied changes, which shape modern societies. It is a process that contains varied, often opposing, tendencies. But we cannot criticize globalization completely.

He is known around the world for his writings in the areas of sociology, politics, and social theory, and he is the author or editor of more than thirty books, which have been translated into as many languages. Giddens' most recent volume, Runaway World: How Globalization is Reshaping Our Lives, was published by Routledge in 1999. Other recent works include The Third Way: The Renewal of Social Democracy (1998) and Beyond Left and Right (1994).

This article looks at Giddens’ globalization with the systems dynamics (SD) modelling method (Forrester 1958, 1961, Sterman 2000). Lane and Husemann (2008) argue that SD can highlight the possibility that markets can shape human preferences, but human preferences in turn create, replicate and challenge market structures. As a response to the weaknesses of the globalization process, Giddens (2000) proposes an entire system of social services, a state of social investments, the management of risk, equality, protection of the weak and freedom as autonomy, the active civil society, the democratizing of democracy (a decentralization process) as well as the principle of subsidy and positive social protections.

Giddens, A. (1990) The Consequences of Modernity. Stanford: Stanford University Press.

Giddens A. 2000. The Third Way and its Critics. Polity Press: Cambridge, UK

3. The “End of Poverty” movement and the contrary assertion that “trade not aid” is the way to a more globalised world that mitigated against poverty.

This is the topic where we will be doing our study to find out how the globalisation and business has help to decrease the poverty line of the different country. We will be talking from 5 Authors about how their finding has shown the effect of globalisation in the world.