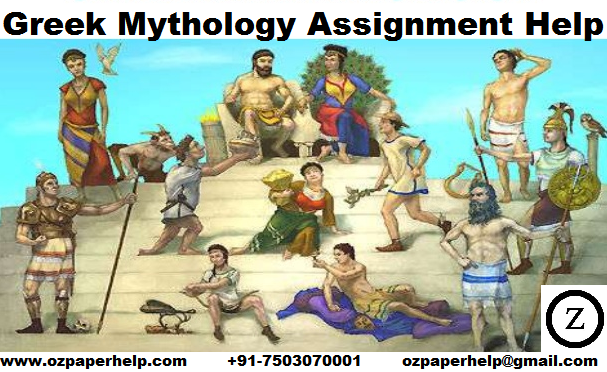 The Greek mythology comprised of demons, heroes and all sorts of supernatural beings. Hercules and Achilles were perhaps the most popular heroes in Greek myth. These mythical heroes were believed to have possessed extraordinary power and strength. In the Trojan War, Achilles proved himself as the most fearless and strongest heroes of Greece. After Achilles, Hercules is another popular hero of Greek mythology. He is regarded as powerful as well as brave. Hercules was the son of Zeus. It was said that Odysseus was the one who assisted the Greeks to become victorious in the Trojan War. These heroes and their stories have influenced generations after generation. People began to associate themselves with heroes and try to gain the strength and courage that their heroes’ represent. The Greek heroes have become so popular that they almost take the place of gods than human beings. This is going to make an analysis regarding position of Greek heroes in relation to god. In the Ulysses by Tennyson, velour of Odysseus is described in the line “I cannot rest form travel: I will drink life to the lees” (Ulysseus, lines, 6-7). This line form Ulysses indicates the fact that a hero cannot take rest like human beings because he has to safeguard human lives).

The Greek heroes are regarded as exceptional and are almost compared to God. Their grandeur has led to become godly figures. A general definition of heroes is that they possess certain mental as well as physical powers . These powers differentiate them from ordinary human beings. Heroes have the power to travel beyond any barrier or realism that is impossible for the ordinary mortals. Heroes are compared with god because like god, heroes too have the capability to keep a balance between chaos and order. Like gods, heroes help the ordinary mortals to overcome difficulties of life. Common folk worship and attach values with Greek heroes. They are often termed as demi-gods because they are regarded as the connection force between god and the mortals. Greek heroes are able to overcome barriers of humanity and they are likely to attain immortality. The classical book of Illiad gives a vivid description of Achilles in the line 1 of book 1: “The wrath sing, goddess, of Peleus’s son, Achilles, that destructive wrath which brought countless woes upon the Archaeans, and set forth to Hades many valiant souls of heroes…… and brilliant Achilles” .

It is a common belief among the ordinary people that Greek heroes can cross the ‘Katabasis’, which is the boundary between life and death. For example: Odysseus has crossed this boundary for reaching his home . Another Greek hero named Orpheus who has entered the underworld for bringing his love back to the living world. Greek heroes often take help of god for gaining knowledge. For example: Odysseus took help of god Circe for getting directions. Heroes can take direct assistance from gods that is not beyond the expectation of an ordinary mortal. This is the place where a hero gains the same status of god. In the Trojan War, thousands of human lost their lives but Odysseus returned home by achieving victory. He was the ultimate survivor of the Trojan War. One of the biggest challenges that are faced by the ordinary mortals is their inability to cross the underworld. Heroes can attain these impossible deeds . Heracles had the potential to move between the world of mortal and the world of god. Greek heroes have the ability to reduce the gap that exists between god and mortals. It is perhaps the reason for the overdependence of human beings on these heroes. These heroes, for mortal have almost taken the place of god. Divines often communicate with Greek heroes for transferring any information or divine warning to the ordinary people. Heroes become a mediator between god and men. The hero conveys god’s message to the human beings. Greek heroes have to deal with fantastical creatures . God acts as aid to heroes by helping them perform their task in an effective manner. In the Trojan War, Achilles fought against the divine Xanthus River. In order to win this battle, Achilles required assistance from divine powers and so Athena and Poseidon helped him to fight with Xanthus. In this respect, it can be stated that heroes without the help of god are unable to achieve victory. The traits and characteristics of Greek heroes can be compared with god. Another feature that differentiate ordinary mortals form heroes is their connection with god, god has a direct influence on these heroes which is not so with the mortals . After taking assistance from god, heroes are able to fight with supernatural elements and can perform extraordinary deeds. In mythology the power of heroes are represented with their battle with demons. It allows heroes to display their extraordinary power which god has given them. In the mythology, there are various examples of victory of heroes over demons. Odysseus is believed to have used his cunningness for escaping from Cyclops . Mostly mythologies represent a chase between supernatural elements and the heroes. This chase ultimately ends with the victory of hero. It was a common view held by common people that those individuals who have extraordinary courage and strength are fit to become a hero.

The ordinary people worship heroes for their extraordinary powers. They feel as of their difficulties can be minimised to some extent by the heroes. As people used to pray to god for overcoming hurdles, in the same way heroes are taken as demi-god who are able to help mortal to overcome hurdles of life. For example: the ordinary men worshiped Heracles. Heracles was taken as one of the supreme protector of humanity. There are a large number of shrines dedicated to Heracles. In fact, people offer sacrifices to them. This illustrates the fact that like god, hero took an important and higher place in an ordinary person’s life. They were seen as their protector and guardian. Hector and Achilles received overwhelming welcome after becoming victorious in the Trojan War. The people attach respect with their heroes. They believe that the heroes are the one who can safeguard them from any kind of supernatural power. Heroes place is put just after the god . A common belief is that Achilles was worshipped as god before his death.

These instances of hero worship indicate the fact that ordinary mortals viewed heroes as god and not as an ordinary people. Greek heroes were an epitome of courage, strength and values for the people. It was often found that men imitated heroes. Their heroic deeds were set as an example for teaching values to children. Greek heroes were respected and loved as god and as men. Heroes demonstrate values that are associated with Greek god. There are mythical stories that are enriched with lessons of life that are represented through the heroic deeds of heroes. It gave guidelines to ordinary people about the ways in which a person should behave. As opined by a philosopher, Cyclops learned moral lesson from Odysseus that evil deeds recoil backs. Odysseus in his moral lesson to Cyclops represents godly nature . It is mainly god’s nature to provide moral lesson to human beings. Generally, god shows right path to humans in case they deviate for their path. Greek heroes also possess this feature.

Cyclops‘s encounter with Odysseus enabled him to choose right path This encounter helped him to gain knowledge regarding importance of good values in one's life. In this context, Odysseus became representative of god. Heroes try to show that they follow footsteps of gods and they cannot ordinary men to abide by the laws made by god. It can be said that heroes are a role model of values and morality of god.

The Greek heroes are somehow connected to god. It is not always the case that heroes obey god but there are instances where heroes have posed challenged to god. It was a belief held by the people of Greece that heroes like Achilles and Heracles are demi-gods. A hero becomes a demigod when the reviews apotheosis. Odysseus similarity with Athena has enabled him to seek god’s blessings and favour . In the Odyssey, there is mention of relationship between valour of a hero and cunningness of god. In the mythological stories, it is often found that heroes seek divine guidance before appearing the battleground. There are some instances of heroes taking help of divine power for winning battle. For example: Athena assisted Hector in achieving victory on the battle with Achilles. In homer’s Illiad Achilles is describes as ‘swift footed’ (Illiad 2014, p.203).

Ordinary mortals cannot achieve this connection of heroes with god. In order to gain divine providence, ordinary men need to take assistance of heroes for communicating their problem to god. Ordinary mortal do not have the power to directly connect with god. In some cases, it is found that heroes are offspring of god. The interconnection between hero and god is represented through extraordinary deeds of heroes. Heroes are epitome of power and supernatural qualities that help them to protect human beings from demons or unnatural powers . Heroes tend to influence children than adults due to their grandeur and stature. Children began to associate themselves with heroes and try to imbibe their superpowers in them. In the ancient time, myths were use for educating people regarding importance of good deeds. Heroes were represented as god and people used to put their trust on heroes. They were like their supreme protector. In the absence of god, heroes were seen as god and were respected like divinity. A number of festivals are associated with victory of great heroes.

A number of deeds hint towards similar place of god and hero. God have the power to travel beyond cosmic world and they are able to regulate people. It is the function of god to maintain order in the universe. Similarly, heroes also try to maintain a balance in the universe by killing demons and supernatural. Ordinary men are taking assistance of heroes for removing obstructions and hurdles from their daily lives . In order to achieve a supreme position among the mortals, heroes are required to display their strength and power.

The purpose of the study has been achieved. Greek heroes were found to represent god in their deeds and values. Some heroes have direct connection with god who helped them to win battle against divine sources. The mythical stories about heroes and their deed gave moral lessons to ordinary people. The moral lesson encouraged morals to follow the footsteps of these heroes for achieving success in life. People often associate values with heroes and so they can be called an incarnation of god. Heroes were seen as a connecting source between god and ordinary men. God cannot reach to everyone and therefore heroes are made for conveying divine message to ordinary mortals. Some heroes have achieved immortality and are worshipped as god. In Greece, people offer sacrifice to the heroes as they did to god. Ordinary people learn values from them. They want to become powerful like Greek heroes. However, heroes become immortal with their extraordinary deeds in the mind of the people and are remembered in all ages.