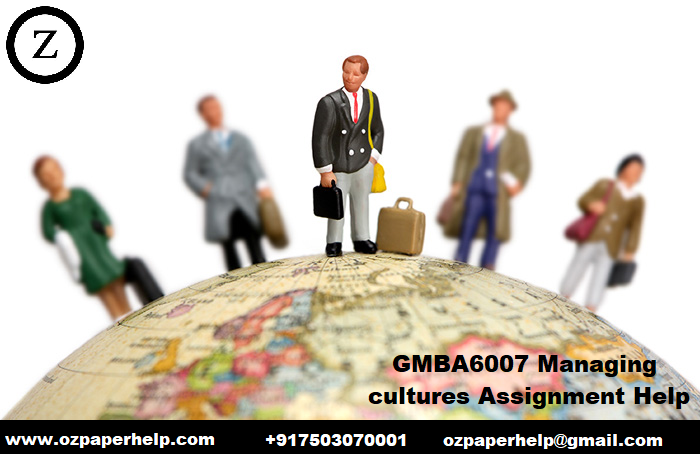 It is quite important to understand the effect that the culture of a person has got on the negotiation style of the individual because culture develops the belief system of an individual; it shapes up the ideology of the person. Culture affects the way a person thinks, communicates, and negotiate. The differences between the cultures of two parties that are engaged in a negotiation have got a great impact on the results of the negotiation by creating barriers (Kozan, 1997). Therefore, it is important to understand the influence that culture has on the people. The factors that greatly affect a negotiation are thinking style (the win-win or win-lose idea of negotiation), communication style, sensitivity to time, emotionalism, team organization, etc. All of these factors vary from person to person due to the cultural belief system of that individual that offers restoration mechanism and how relationship repair activities work (Ren and Gray, 2009).

The current journal is an autoethnographic account of the author who has tried to analyze the research question based on three meaningful situations that have been experienced during the live negotiation exercises. The journal will first go on to discuss a theoretical background that will reflect the current theories of culture and negotiation/conflicts; harmony, confrontation, and regulation models; negotiation styles and conflict resolution styles; face, face concern and facework strategies; social distance, social awareness, and cultural empathy. The next section of the journal is a reflective analysis of these three situations during two live negotiation exercises. The very next section is the critical analysis that tries to reflect the ways and theories to bridge the gaps of western ideology. Lastly, the journal will reflect on the managerial implications that contain the recommendations for cross-cultural negotiations followed by a short conclusion.

Every culture has got its own way to deal with the situation of conflicts. The harmony model of cultural impact on conflict management is based on the factum of establishing a win-win situation for both the parties by stressing on mutual obligations and shared burden of responsibilities. The negotiations stress on building a harmonious workflow by status orderings. The underlying principle of the harmony model is to prefer a status of harmony between the negotiating parties (Chin and Liu, 2015). In the harmonious model, third parties are extensively used to attain a position of mutual agreement. Much of the negotiation is based on the accommodative style (Zhang & Constantinovits, 2016).

In the confrontational models of cross-cultural negotiations, the major issues are further classified into smaller chunks of sub-issues. These sub-issues are then deliberated upon and a reasonable compromise is reached upon with constant communication. Despite being a confrontational style, the emphasis is on reaching a mutual compromise (Stammler, & Ivanova, 2016).

In the regulative model of negotiation while dealing with cross-cultural situations the parties often resort to the bureaucratic means of negotiations. General principles get defined and a major role is played by a third party in minimizing the conflicts and their effects that follow thereafter (Casanovas, 2017).

The face negotiation theory tries to understand the behavior of the people from different cultures when they try to maintain harmony with teams and the way they deal with disagreements. The value of face or self-image is of utmost importance in face theory. The theory emphasizes on how the perception of one's image affects the relationship of the individual with the parties he is engaged in negotiations with (Oetzel et al., 2008).

Hofstede’s theory of cultural dimension identifies four factors that affect the manner of cross-cultural communication. The theory describes the effects of the social culture on the values that its member individuals possess. The four dimensions are- individualism-collectivism; uncertainty avoidance; power distance. The parties who wish to find a mutual ground need to discover a zone of the agreement by bridging the social gaps of language and ideals (Kern et al., 2012).

The current section focused on an autoethnographic account of the author of this journal. The section emphasizes the three meaningful situations that the author came across while conducting the two negotiations exercise. The three situations are produced herein for the reflection and personal analysis of the author.

The negotiations of the second game started with much ease as I seized the opportunity to start the process. I began with unfolding the viewpoints that I had received from both the sides and requested the members to talk about the situation. Though the negotiation started with direct complaints, both the parties maintained their demeanour and there was no act of intimidation of any kind.

In my exercise where I had played the role of the mediator I witness a roadblock. The people involved in the exercise were Vipul as businessman and Linh and Venuka played the role of the protesters’ representative. I saw that there was a major discord in the negotiations due to the cultural block. Venuka was a very motivated protestor speaker and it was very difficult to get her to a point where she would be in a mode to listen. Given her cultural background I already knew that as a mediator I will have to take the call and ask her to calm down so that Linh and Vipul could also illustrate their point.

In my first exercise, the negotiation started in a very principled manner as I had an old 2009 model car to sell and wanted to buy new holden commodore model. The negotiations majorly targeted around coming to a mutual agreement and no hostilities of any kind were faced. There was, however, significant time spent in coming to this mutually agreeable price of $15,00 from the initial offer of $18,000.

The above analysis reflects that the manner and style of negotiations are highly influenced by the cultural bearing of the person. The author is a student and is surrounded by individuals who belong to various cultures; this has aided the author in developing the traits of being cooperative as well as assertive.

The essence of negotiation lies in communication. A person’s style of communication is deeply influenced by the culture around him. There is much literature available on the aspects of western philosophy and conflict management. These constructs cannot be applied to the indigenous cultures of Chinese, Indian, Mexican, and several other indigenous parts (Posthuma et al., 2006). Globalization is bridging the gaps between the countries but the theories that have been developed based on part of the world cannot be applied to the other parts in a similar manner.

Doucet et al., (2009), conducted a study to understand the differences between the approaches of conflict management of the Chines and American managers based on their cultural differences. The study observed that the main approach of the Chinese managers was to reprimand the employee followed by the teaching of a moral lesson. The Chines managers wanted the employees to learn from their mistakes and the essence of teaching a moral lesson was high. However, the approach of the American managers was to hostility and vengeance was of prime importance. They did not lay any emphasis on the moral aspect. The existing literature does not contain much focus on the indigenous practices of conflict management across cultures. The inductive method is the only way in which these gaps can be filled. The inductive method helps the researchers to uncover the behavioral elements of people of different cultures that help in mitigating the conflicts.

There need to be inductive practices to study and develop theories of the indigenized practices of conflict management that are prevalent in different cultures of the world.

The world has become a global community. People work for people who are sitting in different countries. With the progress of IT and the MNC culture, there are teams where resources are located in various different countries. The managers across the world need to think that they are not dealing with a person with a similar cultural background. They have to use different techniques and ideas to manage conflicts within the organization (Gonçalves et al., 2016). There is never a straitjacket formula that can satisfy the various aspects of cross-cultural negotiations or conflict management. The managers need to emphasize the need for building trustworthiness with different resources based on certain aspects and elements. These resources are obviously going to be from different backgrounds and as already discussed with the elements of mutual respect, business values, professionalism, etc, there can be a mutual ground where the parties can work in harmony. The managers need to be mindful of the fact that emotional intelligence can be of great help in cross-cultural conflict management and negotiation (Ogliastri & Quintanilla, 2016). An accommodative style is always a great way to find a level playfield where all the parties involved are doing their respective jobs and there is a harmonious order of work process. Understanding the cultural background of the parties who are involved in a conflict or a negotiation is of great importance as it can give you an insight into the behavioral aspects of the members involved.

Cross-cultural conflict management is not an easy thing to do. The managers need to balance the theories with practical knowledge and on the feet decision making. Negotiation needs cooperation and assertion if a party wants to walk away with benefit, the negotiator needs to understand the viewpoint of the other party but at the same time find out a way to present his/her own point with the assertion. The cultural background provides information about the behavioral aspects of the parties involved in negotiations. Therefore, it is very important to understand the cultural background of the parties involved before entering the arena of negotiations.

Casanovas, P. (2017). Cyber warfare and organised crime. A regulatory model and meta-model for