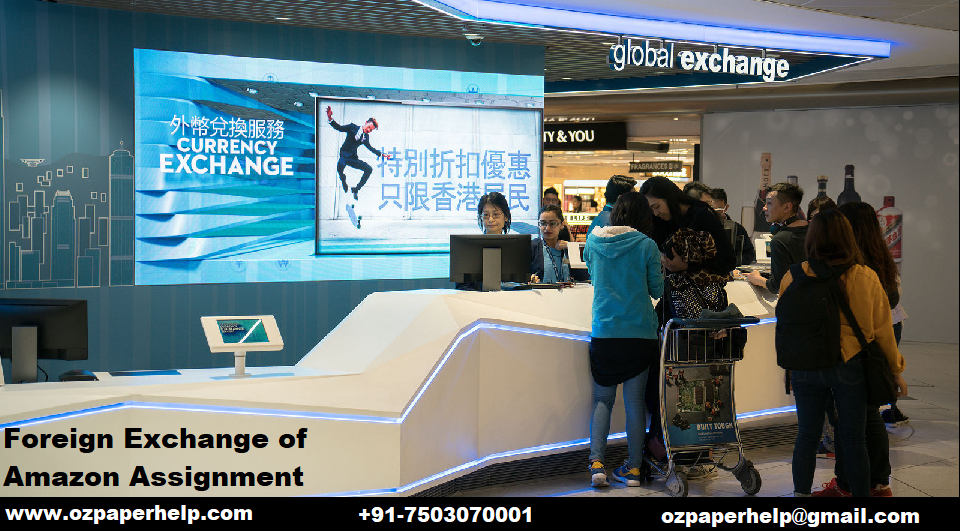 In this study, emphasis will be given on understanding the effect of foreign exchange movement on the financial performance of Amazon Inc ("Amazon.com Inc. - AnnualReports.com", 2019). This particular research focus mainly on the foreign exchange movement as it fluctuates due to global economy. Literature review had been written in the study that aligns with the research aims and questions. Data collection and data analysis had been explained in the study.

The exchange rates are the price of the currency of one country about the same pricing of another country’s currency (Ogato, Mulyungi & Shukla, 2018). With time, such prices fluctuate more or less with regards to certain changes altogether social, political and economic. In this respect, with each fluctuation, the exchange rate impacts several major things of the socio economic structure of the respective nation such as the price of the domestic and foreign goods, strength of the external sector participation in the international trade, the domestic and international interest rate etc. (Parlak & İlhan, 2016). Due to such fluctuation, it affects the international finance in terms of the trade and other financial curriculum. In order to hedge against such fluctuation, the financial organisations implement certain methods in order to deal with such problems and taking appropriate decisions in such situations. Beside this, it impacts three major curriculum of a financial organisation, which are, import, export and interest rate ("Conversion rates - Exchange rates - OECD Data", 2019). These factors are immensely affected by such fluctuation and results a consideration amount of changes in the economic operation of the entity. Thus, the organisations needs to evaluate the risks of such fluctuations in terms of doing business overseas ("Conversion rates - Exchange rates - OECD Data", 2019). Many organisation can face loss or even meet their break-even point even after increasing their sales due to the fluctuation in the foreign exchange prices. Rather than just making certain impact upon the profitability of the entity, such fluctuations also affects the key ratio of the company which may increase or decrease the ultimate efficiency of the entity during their operations (Ogato, Mulyungi & Shukla, 2018).

According to Williams (2018), the exchange rate can be fluctuated in case each of the given circumstances take place in an organisation ("Conversion rates - Exchange rates - OECD Data", 2019). First of all, the higher import of product increase the demand of foreign currency, thus, makes the exchange rate weak. Beside this, by having greater capital outflow, the exchange rate might also get weaken (Parlak & İlhan, 2016). More speculation acquired by the companies can also cause a significant cause for the inflation in this respect. Beside this, the percentage of export can also cause several reasons to strengthen the inflation rate of a country (Ogato, Mulyungi & Shukla, 2018). 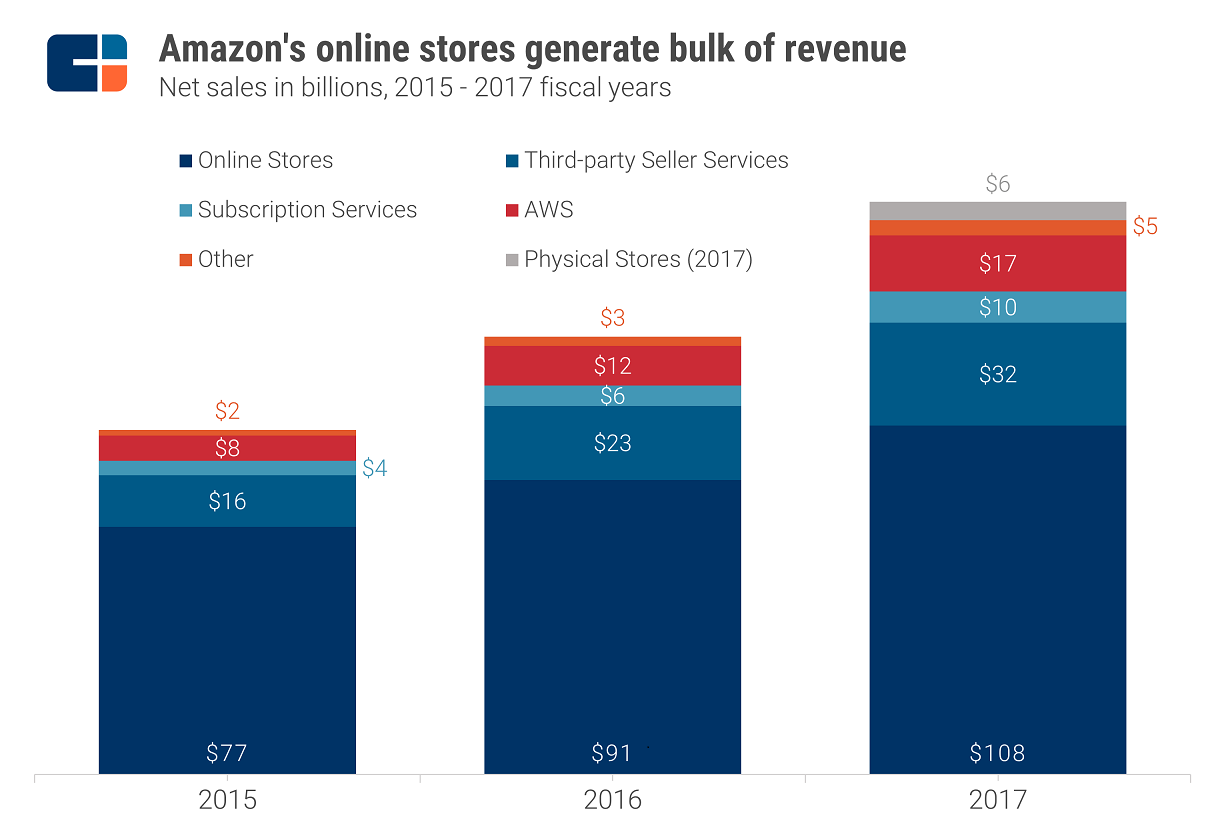 On the other hand, the fluctuation in the exchange rate can also make certain impact upon the interest rates of the country, which eventually influence the profitability and other operations of the countries (Parlak & İlhan, 2016). In this respect, there are certain things, which can influence the bank interest rate of the country, which includes the funding requirements, competition, government policies, and target of desired profit, time, and quality of assurance, reputation of the company, competitive products and guarantee of a third party (Ogato, Mulyungi & Shukla, 2018).

Another consideration which is needed to be discussed in this given respect is the profitability ratio. In this respect, the total amount of benefit incurred is being calculated with the total assets or equity shares in order to analyse the affectivity of the company in terms of its investments (Parlak & İlhan, 2016). In this regards, the inflation in the exchange rate can reflect severe impact upon the profitability ratio of a company ("Amazon.com Inc. - AnnualReports.com", 2019). For instance, if a company pays a significant amount is order to enhancing its assets, but due to the inflation of the exchange rate, the revenue decreased. Thus, the return on assets of the company will be decreased ("Amazon.com Inc. - AnnualReports.com", 2019). Beside this, the same thing is applied for the return on equity where the inflation can affect over the shareholders and thus can affect the return on equity of the company (Luo & Zheng, 2018).

On the other hand, the return on equity of the company was also affected by the inflations incurred due to the period of last 10 years where the significant changes can be seen in the financial performance of the entity, specifically upon the return on assets ("Amazon.com Inc. - AnnualReports.com", 2019). Beside this, along with the rises in the exchange rate, the return on equity also raised in this respect, which means, the company was able to manage its profitability ratios in a sustainable way ("Amazon.com Inc. - AnnualReports.com", 2019).

In order to reduce the losses incurred by such inflationary changes, certain attempts has been made by the company in order to hedge their exposure ("Amazon.com Inc. - AnnualReports.com", 2019). In this case, the cost-associated hedges may not have work for the company perfectly where the cost of revenue varied from the incurred revenue of the company (Ogato, Mulyungi & Shukla, 2018). In this cases, the variable costs incurred in this respect has been deducted in arriving at the gross profit of the company which help it to continue their operation without causing any major disruption ("Amazon.com Inc. - AnnualReports.com", 2019).

The aim of the research is to evaluate the impact of the foreign exchange movement on the financial performance of Amazon Inc.

In this particular research, researcher will be collecting data from secondary sources such as annual report of the company (Amazon) ("Amazon.com Inc. - AnnualReports.com", 2019). From these secondary sources, data can be easily gathered which is authentic by nature. As far as data regarding foreign exchange is concerned, it will be taken from the website of Organization for Economic cooperation and Development (OECD) ("Conversion rates - Exchange rates - OECD Data", 2019).

The collected data from the secondary sources will be analysed by the researcher in order to get outcome of the given research topic. Secondary analysis can be termed as a practice by making use of secondary data in the given research (Flick, 2015). This type of data saves both time as well as money and further avoids unnecessary duplication of research effort at the same time. The researcher for analysing the data in the most appropriate way will use thematic analysis.