TIGER AIRWAY’S
Introduction
The report on the financial performance of Tiger Airways would provide the insight strategy of Tiger Airways operating system and model of business. It would elaborate the risk faced by Tigerair and the impact of this risk on the business prospects in future. With the disclosure of this report, it is intended to ascertain the financial statement of Tiger Airways and assist the stakeholder to interpret the financial status according to IFRS. The financial ratio measurement, beta calculation, and dividend policy analysis would provide key preliminary ideas for management. It could assess the internal performance of Tiger Airways by segmenting the group and assisting in making the proper allocation of resources. The measurement in this report is related to WACC and beta of CAPM that would identify the capital structure of Tiger Airways in the previous annual year. The graph analysis would indicate the ups and downs of the company share and impact of behavioral changes of stakeholder on Tiger Airways.
Part 1 preparing a description of the company
The Tiger Airways is introduced in Singapore in 2003. The company is currently operating in India, Southeast Asia, China and Bangladesh as Tigerair. The Tiger Airways has added to the traffic and unaudited surplus in the 1st quarter of the financial year on 30th June 2016. The Tigerair received 8 million profits as an improved operating performance in comparison to the breakeven point of 2015. In 2012 the 60% part of the Tiger Airways was intended to be taken over by Virgin Australia. In the year 2013, the company is renamed as Tigerair and joined hands with Virgin Australia. This milestone has indicated the new startup to Tiger Airways. Now the remaining share of 40% was also accused by Virgin Australia and became its subsidiary company. Tigerair provides services at lower cost and operating in more than 21 countries. It recently joined with the new route of the Gold coast- Hobart, introduced on December 2017. The primary goal of Tigerair is delivering the safety and reliable traveling experience to the passenger with the friendly environment.
Part 2 specifying the ownership governance structure
As per Wang and Cui, (2016, p.215), in the scope of becoming Australia's domestic full-scale airline, it started competing with Virgin Australia. After the acquisition of Tiger Airways by Virgin Australia in 2013, the leftover percentage of share of 40% was taken over by Virgin Australia in the year 2014. In the year 2016, the Tiger Airways was held by China Airlines in Taiwan by 90% and the remaining of 10% was with Tigerair. The governance structure implies the good corporate management and enhancement of the company profile in the streaming market.
Tiger Airways had a joint venture with an Indonesian market of Mandala Airline, where the Saratoga group of Mandala holds up 51.3% of the shares of Tigerair. The company joined hand with four sectors of airlines in the last 5 years for improving its share market and increasing its royalty among the rivals of Australia.
Classification- According to the modern theory, the family company should have a correlated relation between shareholders and management which is involved in the profit maximization of a company instead of self-profit. Thus Tiger Airways is a family company as per its goal is to serve better to their passenger. Australia is the vast market with offshore. The demand of Airlines in Australia is vast, thus the Tiger Airways wanted to improve their company structure in that location. The rivals of the airline grounded the Tiger Airways in various ways.
Name of the people involved in the governance of the firm
The chairman - Elizabeth Bryan AM is the recent chairman of Virgin Australia operating in subsidiaries of Tiger Airways. The basic compensation of the chairman is $345,000 and holding of the company since 2015. She was selected by VAH board on 20th May and became a member of the risk management and account auditing.
The Board member - According to Lee and Dattilo, (2015, 9.288), the board members are the people who assist the executive of the company and take the decision regarding the improvement of the company. Any decision in terms of the financial statement, location enhancement, share price fixation and assets allocation is taken by the board of members. or of Tiger airways are
The chairman of Board member is John Borghetti
David Baxby working primarily is Wesfarmers Limited
Maurice Newman working in Newcrest Mining Limited
Sankar Narayan working primarily in Xero Limited
Lik Hsin lee primarily working in Singapore Airlines Limited 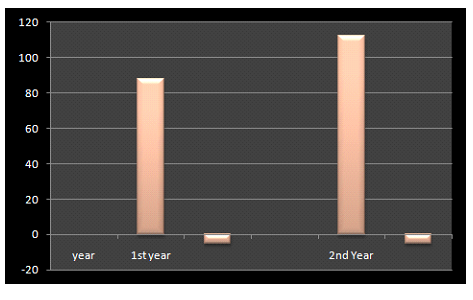 Part 5 signify the severe announcement that brought changes in the price of a share of the company
In the SYDNEY according to the Reuters ban the Australian Tiger Airways. It forced the company to send Singapore airline shares for recording the tumble of the low percentage of the ratio of shares to Singapore airline. The payment of share to Singapore on Monday boosted the Tiger Airways rivals at with a scope of keeping them in the last queue. The rivals goals are to make a strong place in the market of share by declining the Tiger Airways and end the war of share price. The share price of QANTAS airline rise high in the following year in one month and the share of Virgin Australia were increasing by every two months in a year. This slow progress in the shareholdings forced the Tiger Airways to sell their share in the new countries and merge the Airways by joining hands with the new venture. The authority of the safety grounded the operation of the Tiger Airways for last one week at the beginning of the weekends and holidays of the Australian local sector.
The review of the QANTAS Airline merging shows that the investor of the share on Tiger airways by Singapore investor is put to doom with the flexible and slow progress structure of the company. The first carrier movement of the first fleet in Australia was also grounded by the regulator of Tiger Airways in Australia. Later the emphasis was put on the management and the carrier of the executive of Tiger Airways. The carrier condition was volatile and expressed as the pilots have been altered to the management of fatigue which requires maintenance and control on the prevailing system of the airworthiness (Öztürk and Serçemeli, 2016, p.143).
Part 6 Identify the beta calculation of CAPM
According to Cui et al. (2016, p.1231), due to the calculation of return of capital ROIC is 0.0% by the TTM income statement of Tiger Airways and unavailability of the percentage of Beta in the company, does not allow the company is the calculation of beta CAPM. Thus it implicates that the capital structure of Tiger Airways is worse after the acquisition of the company by Virgin Australia in 2013.
Part 7 Calculation of WACC and analyze its implication on the company

Calculate WACC There is no WACC allowed to Tiger Airways Ltd. the holding of the share of Tiger airways by the shareholders is 0.0% in the rate of return of the capital using the terminal income statement data. Because of the unavailability of the beta in Tiger Airways does not allow the measurement of CAPM and WACC of Tiger Airways.
2. Impact of higher WACC on the capital structure of Company
The weighted average cost of capital signifies the involvement of risk and wellness in the capital structure of the associated with the operation of the firm. The inventor of the share of the related company would require ascertaining the risk by estimating the expected return from the purchasing of share. The WACC assist in estimating the requirement of capital and the expected cost of financing the required cost of the company.
Part 8 Analyse and calculate debt ratio of 2 year
The debt ratio in the year 2017 was 3.502 with the total assets of $914 and the total owner's equity of $203. The figure indicates the assets of the company were higher than the holders of the company equity. This liquidity ratio of their company is also visibly improved.
2.Amendment of gearing ratio
As per Öztürk and Serçemeli, (2016, p.143), gearing ratio indicate the good and bad capital structure of the company.  The proportion of the capital which is allocated to the investor or the debt relative available the equity is called gearing ratio. The gearing ratio is calculated by dividing the long-term liabilities by capital employed. The company which had a gearing ratio of more than 50% then it is considered as the highly geared company (Cui et al. 2016, p.1231).
The gearing ratio below 25% is traditionally taken as the low gearing ratio of the company.
Part 9 Discuss dividend policy and its management with reason
The dividend policy of the company improves the quality of the share and its selling. The dividend ratio analyses the structure of the company of attracting the interest of the shareholders. In case of Tiger Airways, the dividend policy has not been introduced since the last three years.
Part 10: Recommendation
The Tiger Airways, the subsidiaries of Virgin Australia is now executing to improve itself by adopting many strategical aspects of the business. The Tiger Airways are recommended to revolutionize its long haul by offering the installation of new classifies and classy suites in the plane. The attachment of premium and economical suites with economical space is to be occupied by the customer in the affordable range. The company has decided to introduce A3330 in some of the selective pacific routes. The sector of virgin Australia requires integration in the management of the New Zealand sector. The company could build a strong relationship between the acceptance of public and the business sector by providing security, by screening the alternative process and measuring the risk perception. The airline panels would believe that with the help of FAA the link of relation could be improved.
The airline industry could improve their working performances by providing better aviation facilities. The uncategorized financial statement is also the reason for the worse performance of Tiger Airways. The company has not yet introduced the dividend policy and the beta process of calculating the cost of capital of the company. The company improvement is not only specified to the management of the executive but even the financial status affects the company enhancement. The indication of new technology attract the new customer, thus screening of various possible technology is needed to increase the passenger population.
Conclusion
In the report of Tiger Airways, it has been observed that the company has a very weak financial status. The Tiger Airways could not even able to recognize its working capital and had a cost of capital since last three year. The debt ratio is also showing the weak performance in the showcase of the last two year. The measured financial ratio indicates that the liquidity ratio of the company as per the current ratio is not appropriate for the short-term solvency. The company has achieved the medium term and long-term solvency. The liquefaction of the assets by Tiger Airways is very stringent and could not easily move. The share price of the Tiger Airways according to the movement graph shows that the company had drastic changes in the share price of last six year.
comcast business, business casual, amazon business, facebook business manager, spectrum business, ohio business gateway,  costco business center, business casual women, cannabis business social network,  business casual men, investors business daily, yelp for business, business analyst, , business for sale, office depot business, cox business, paypal business account, vonage business login, staples business cards,