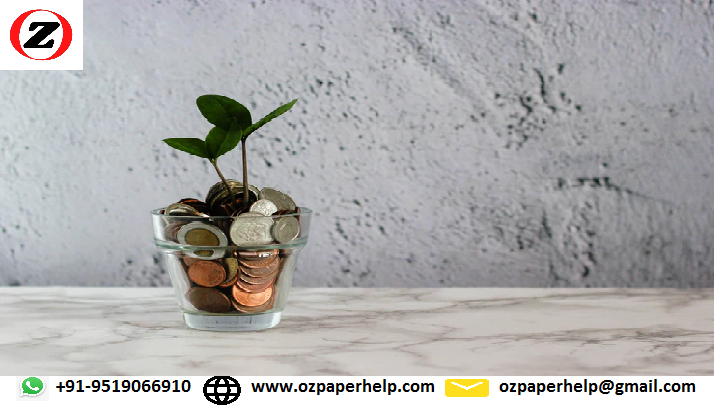 Coffee is one of the favourite drinks of Australians. They feel a deep love towards this drink. In the Australian market there are two big companies present in the coffee retail business. Starbucks and Gloria Jeans are the two companies who mainly sell their coffees in the Australian market. In this paper mainly the differences and the comparison between those companies have been discussed. Gloria Jeans is mainly an Australian based company and Starbucks is a global brand. So, on the whole sales value, Starbucks already leads in the market. Starbucks spends a huge amount of money just for their brand promotion. For this the brand already is famous in everywhere of the world but it cannot properly expand its market in Australia due to some reasons. From this article all these reasons have been discussed. The knowledge has also been gained from this article that in the case of promotion and brand value the Starbucks leads in the Australian market whereas the Gloria Jeans coffee leads in their pricing strategy. Overall it can be observed that some distinguishing differences are observed between these two companies. For the development of their respective business both the companies need some proper measures. The key points of this article are ‘marketing structure’, ‘growth strategy’,’ pricing’ and ‘non-pricing strategy’. Mainly these points of these two companies are discussed in this article

Marketing strategy refers to a forward looking and long term approach for the planning to achieve the sustainable competitive advantage. In this paper mainly marketing strategies of two coffee companies are discussed. The two companies are- 1) Gloria Jeans and the other is 2) Starbucks of Sydney CBD. The Gloria Jeans Company is basically a famous retail coffeehouse chain company in the Australia. This company operates more than 1000 coffee shops in more than 30 countries. They have 460 coffee houses only in Australia. Starbucks is a global brand for selling coffee (Kang and Namkung, 2018). There are thousands of stores of this particular company are present in the whole world. It is run by the Australian in the Australia. In this article the comparison between these two companies has been discussed here. This article mainly focuses on the marketing structure, growth strategy and the pricing and the non-pricing strategies of these two companies (Haider, et al., 2019). Gloria Jeans and Starbucks both are famous coffee house chains in Australia. Though Starbucks is a famous global coffee brand but it does not fit much with the tastes off the Australians whereas the Australians love the Gloria Jeans’ coffee but this company also faces some problems to meet the proper market expectations of them (Adams, et al., 2018). In this paper mainly the comparisons between these two countries in the market of Australia are discussed here.

On competition and market strategy

Gloria Jeans’s in terms of products is known for producing excellent coffee bean along with tea leaf, which draw a larger segment of the customers. Besides, it focuses on attracting beverage lovers by offering them with unique as well as beautifully decorated drinks, which include Tea Leaf and Tea Latte Beverage within the Coffee Bean. Gloria Jeans’s assures every customer’s savories by offering excellent coffee. Moreover, they are known for decorating their coffee with attractive color for developing a sense related to elegance along with warmth (gloriajeans.com. 2018). On the other hand, in terms of Starbucks CBD, it is said that the company is known for developing quality products, for instance its excellent coffee flavor has made it famous worldwide. Its brand image is highly flourished all across the world. The company is largely known for conducting an ethical business, which is more customer oriented (Harrington et al., 2017). Majority of its coffee, which accounts to 99%, is sourced from the suppliers all across the world, thereby strengthening its ethical image. This has enabled the brand in gaining advantage since developing an accountable and a highly ethical brand has become quintessential in the present 21st century. This has largely helped the company in gaining customer retention as well as loyalty.

In terms of promotional strategy, the company comes up with exceptional incentive programs for the customers. This includes several lottery programs offering trips, free IPad. Moreover, children are provided with particular incentives on International Children’s Day. Moreover, in order to draw more customers, it takes resort to organize several charitable programs. Moreover, in order to attract the young people, who are its target customers, the company has taken resort to celebrity endorsements along with promoting the products via social media, which Facebook along with its official fan page. Lastly, the company draws more customers by offering discounts during various occasions, which includes Halloween as well. This has enabled the company in gaining the attention of a huge amount of customers. Starbucks CBD, on the other hand, does not focus on its promotion strategy and does not invest much in advertisement unlike Starbucks CBD.

In terms of the competitive and marketing strategy of both the companies, it has been seen that both the companies are known for developing excellent coffee. However, in terms of products, Starbucks CBD is way ahead known for developing quality products, for instance its excellent coffee flavor has made it famous worldwide. Its brand image is highly flourished all across the world. The company is largely known for conducting an ethical business, which is more customer oriented. Moreover, it has become a well-known brand among the domestic as well as international customer base. Henceforth, Gloria Jeans’s needs to focus on the development of superior products and takes resort to strategies for the enhancement of its brand image.  On the other hand, in terms of promotional strategies, Gloria Jeans’s is way ahead of Starbucks CBD, which is why the latter needs to take resort to some impressive promotional strategies.

In the valuable opinion of Gopalakrishna et al. (2016, due to this reason the company has been generating higher profit in its main stores in Australia rather than its other stores in 39 different countries. In comparison to Gloria Jeans, the vast expansion of Starbucks CBD of Sydney has been a generative result of why the company has failed ventures of market growth in Australia. Starbucks CBD as a coffee shop has been highly determined to expand its business and hence they have paused the business in Australia due to the rate of under performance in the area. Starbucks CBD is however planning to expand their business venture in Sydney again to identify the growth of the market and the probability of growing and expanding of Starbucks CBD in the area. Thus in comparison to Gloria Jeans, the Starbucks CBD coffee shop has been identified to rapidly expand their business in various global locations with emergence of additional profit. In the case of Gloria Jeans, the company has been identified to operate its business primarily in Australia and is not being able to implement proper growth strategies all over the globe.

The Starbucks CBD of Sydney has therefore lost its revenue in Australian market but it is formulating growth strategies to identify and gain back its profit in the market of Australia. According to the opinion of Nenonen and Storbacka (2018), out of the two market growth strategies, it is advisable to implement the growth strategy of Starbucks CBD due to the generation of its profit and higher competitive advantage in the market. In the opinion of Deresky (2017), even though there are gaps and drawbacks in the both the growth strategies, it is seen from the reports of both the coffee companies that the strategy implemented by Starbucks CBD has resulted in its loss only in the Australian market but the company has generated immense profit by operating their business effectively all over the globe. However, the market growth strategy can be effectively implemented in a way that targets the local as well as the international market as well. In this regard, the market growth strategy of Gloria Jean’s has been developing within the internal market area but it needs to expand within the foreign market as well to gain higher competitive advantage in the market.

The selection of the geographic location has not been highly effective for the company and thus the company immediately needs to select markets that can be helpful for the expansion of their brand name. In spite of having their business across 39 countries, the company has not been able to generate proper market advantage and a stable brand image. Thus the selection of location is a major criteria that Gloria Jeans need to focus upon to generate a proper market strategy for growing their business. The management needs to focus on the specific potential markets. In the opinion of Hanson et al. (2016), the geographic segmentation for the company needs to be assisted that can be useful for the company to generate higher rate of revenue and competitive market growth advantage. It is therefore advisable for the company to expand its business in the South East Asian region. This recommendation has been formulated as the location is a lucrative market for the development of the business.

On pricing and non-price strategies

Starbucks CBD does not only rely on the organic branding for driving the business, the company also utilize effective promotion strategy, which can be useful for the getting the success. Starbucks CBD utilizes holiday along with seasonal promotions and the strategic marketing Champaign, which enable them to build anticipation for the time-limited beverages. In this regard, this can be said that the promotional strategy and advertisement strategy can be mentioned as non-pricing strategy. In order to attract more consumers and increase the sales, it can be said that few aspects have to be followed by the Starbucks CBD (Nagle et al., 2016). Those are quality based differentiation like high quality tea plus coffee, good consumer service, high brand equity, outstanding brand products and consumers direction.