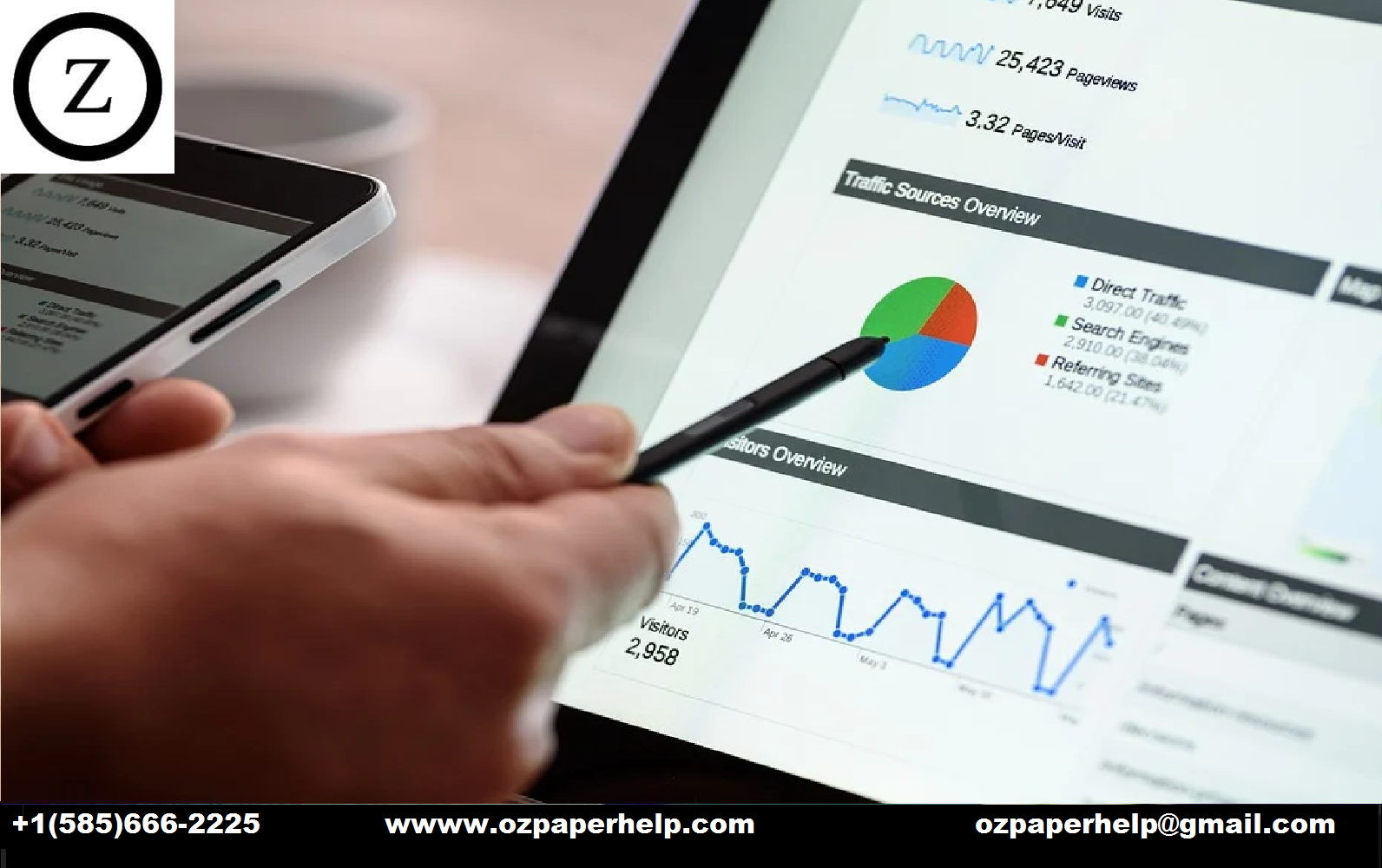 Executive Summary
A remarkable performance has been seen in the economy of Australia in the recent five years which is unprecedented in the history of an economy of Australia and also all other various developing economies over that period. However, this rise in the growth of Australian economy had raised various questions across the globe. The GDP growth rate is also expected to rise in the upcoming days and the reasons behind this are due to the constant increase in the expenditure of the government and the personal household expenditure.
Introduction
This project will throw some light and will focus more on these reasons behind this growth by doing a proper analysis of the GDP and economic growth of the past five years. Though there was a recession in the past years of early 1990, still Australia managed to overcome that later, however, this recent growth had outnumbered the histories. This project will reveal the strong growth of the Australian government, which will bring about a change in the economy of the country as well as the growth of GDP of the country.
Discussion
Gross Domestic Product (GDP) and Economic Growth
Gross domestic product or GDP is the total value of money for all the services and goods over a particular time. This GDP includes public consumption, investments in various plans or businesses, exports and imports and even private consumption too (Daley and Wood, 2015, p.23). The calculation of the GDP is given in the below figure:

The above formula depicts GDP as the Gross Domestic Product, C represents the private consumption, G represents the Expenditure of the Government, I represent the Investment of the country and NX represents the Net Exports of the country that is subtracting exports from the imports. GDP is used to find the comparison of productivity of several countries. It helps in identifying and measuring the productivity in terms of economic growth of the country. In order to identify the products, this GDP is basically divided into two parts. These parts include:
Nominal GDP
The inflation rate is not at all included in case of nominal GDP; still, it helps in increasing the economic growth of the country.
Real GDP
The corrected rate, which has been rectifying post inflation, is taken into account in case of Real GDP.
One of the best procedures to calculate and find the growth of an economy and the living standard is to consider Real GDP. This Real GDP shows the purchasing power of all the individuals residing in the country. The output gap gives the difference between the difference between the potential GDP and the actual GDP and can be obtained by subtracting Y* from Y (where Y* is the potential output and Y is the actual output). If the above calculation fetches a positive number, then it suggests that the aggregate supply is quite lower than that of aggregate demand and this indicates that there is a sudden rise in the inflation. However, the GDP percentage is calculated by subtracting potential GDP from the actual GDP and the result obtained is divided by the potential GDP to fetch the final percentage. If the out-group is found to be positive, then it indicates that there is a high demand, however, if the out-group is found to be negative, then it indicates that there is a low demand. The real GDP and the price level can be obtained from the supply and demand. With the rise in the level of price, there is an increase in the GDP supply, thus the output falls. 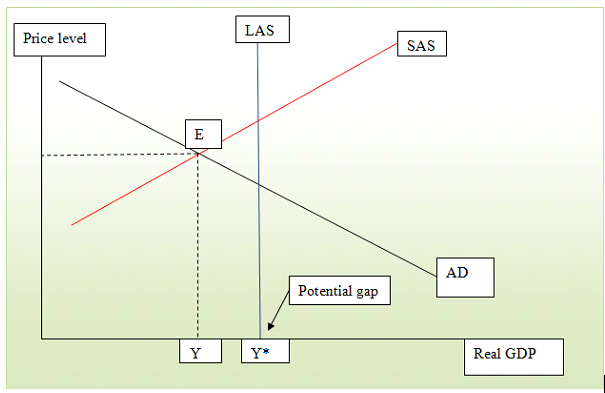 From the above diagram, LAS represents long-run aggregate supply, while SAS represents the short run supply (theguardian.com, 2018). E represents the equilibrium level, AD represents the aggregate demand and Y represents the actual output and Y* represents the potential GDP.
There is a certain increment of 0.6 percent since the past quarter while 2.8 percent over the past few years in the GDP of Australia. It is showing an increased result in the growth however, there were more expectations from the country (Burck et al. 2014, p.16). A few economists from Russia had surveyed and predicted Australia's economic growth to be 0.7 percent in the quarter of September and an overall three percent since the past year. However, in the last quarter, both the private and public sectors drove the economic growth of Australia. 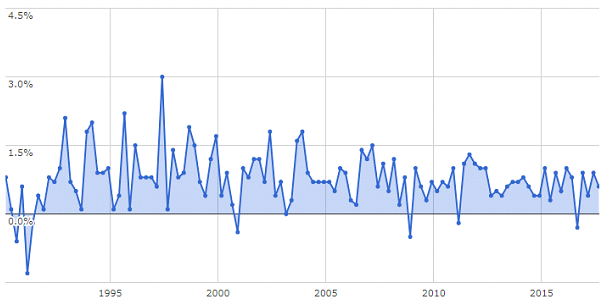 There is an increase in the activity of both the public infrastructures and private business investments across various industries in Australia. According to Goodman et al. (2017, p.14), this was due to the reason as investment played a key role in the uplifting of the GDP growth rate (Hajkowicz et al. 2016, p.17). This investment had driven the growth in a much consistent way, however, in a midway; it was flattered with a sudden rise of a dwelling construction received from two LNG platforms of Australia.
The above graph depicts that there is a huge growth in between the years 1995-2000. However, there was no such sudden steep rise in the later years. Moreover, after 2015, it had fallen drastically, after which in recent years it is again raising. As published by the Australian Bureau of Statistics (ABS), the GDP figures are obtained below in the given screenshot. The below table clearly shows the change in the adjusted price of the Australian GDP, which in other words known as the economic growth of Australia. On an average, there is a growth of 3.4 percent of GDP per year. However, the graph further states that there is a decrease of 1.6 percent of economic growth in the year 2009. However, this growth was a remarkable as Australia was one of the few countries that had shown growth of GDP in the year 2009. 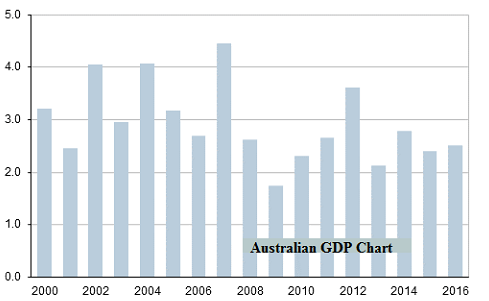 shows actually the fluctuation chart of their GDP. The above graph represents the trend and seasonally adjusted fluctuation of the GDP. it is pretty clear from the above chart that the seasonally adjusted GDP had gone below zero quite a number of times in the recent years. However, the trend had not gone beyond zero since the past years.
Analysis of Australian Government Policies
With the intervention of the Australian Government in achieving a quite, a heavy number of the outcomes in the policy include the improvement of social equity. At the same time, the government also tries to address the several failures of the market by further distributing their resources. In order to implement their policies, the Government of Australia had used one mechanism of direct expenditure (Summers, 2015, p.64). However, this type of spending has a mere advantage over the mechanisms of policies, which includes tax expenditures, loans, guarantees, and regulations too. Now in order to make this more clear and transparent, the Australian Government determines the sustainability and distribution and the burdens too. The Government had also allowed the community to make their Governments accountable in case of taking any types of wrong decisions. The more the accountability, the more the Government becomes effective in achieving its objectives. 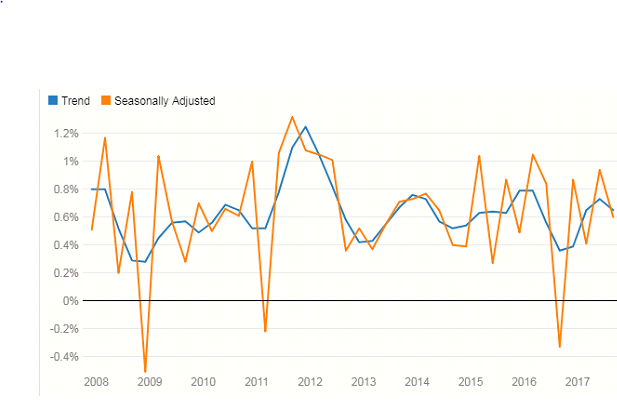 Growth in real and nominal terms
The involvement of the Australian government in the economic activity involves in spending to promote the GDP in taking these measures. As a result, it gets two benefits parallelly. Firstly, it helps in providing a good base for the much-spent time in the growth of an economy.