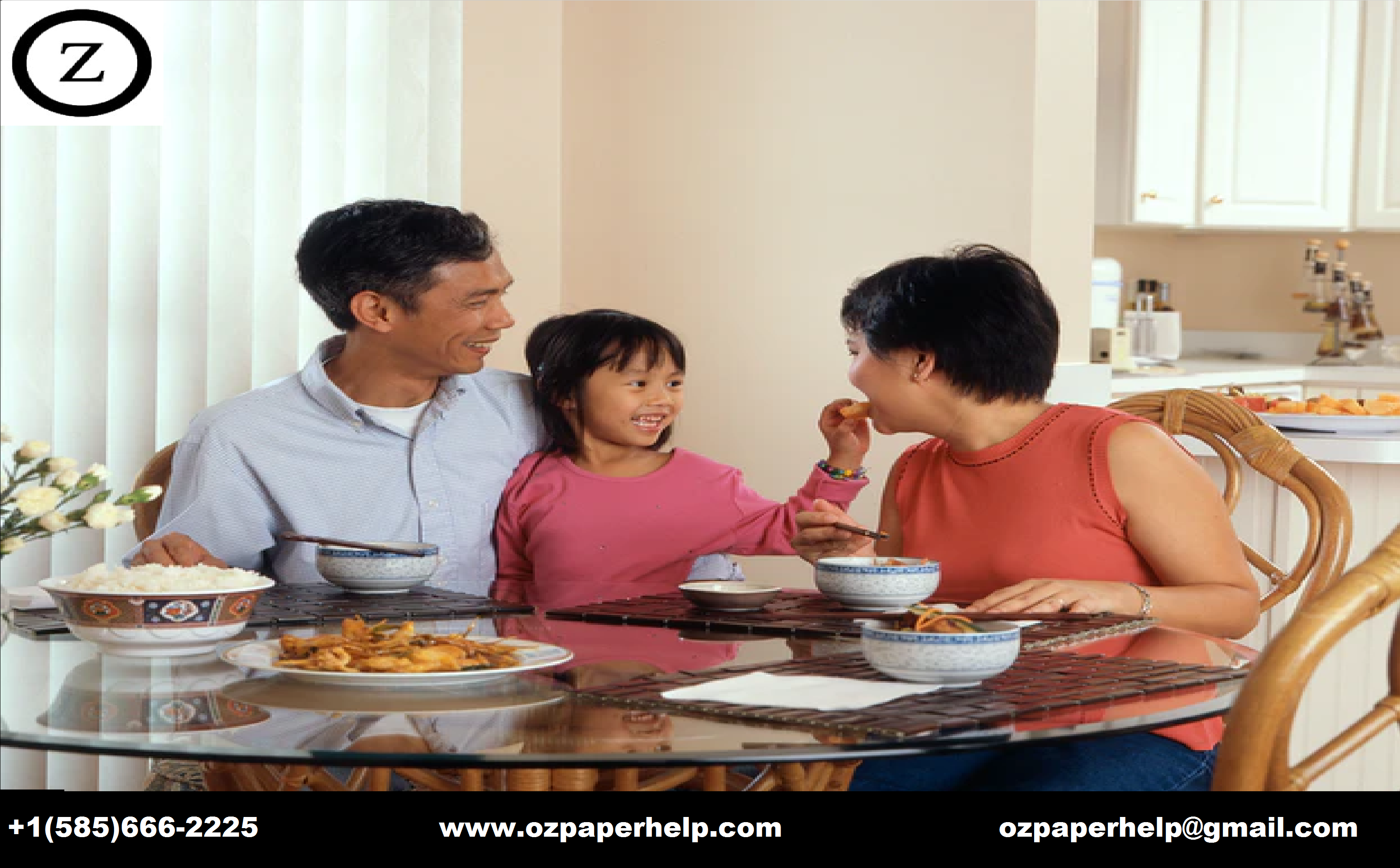 Introduction
Heart attack or stroke can create some health issues like paralysis and other neurological disorders of certain body parts. There is a need for caregivers to help the person to perform the daily work. However, rehabilitation cannot make a change about the past but it can make a better future for the person. In the journal of ‘The combined perceptions of people with stroke and their carers regarding rehabilitation needs 1 year after stroke: a mixed methods study’ different aspects of the need for rehabilitation has been discussed. In the present study, a further critical analysis of the mentioned research paper would be done with the analysis of how appropriately the paper justifies the different rehabilitation methods.
Part   A
Explain about the Authors
In the above-mentioned study 6 writers has figured out requirement and effectiveness of rehabilitation after stroke for at least 1 year. There are 2 authors, Lisa and Ulla, from Sweden, who works for the Occupational Therapy in the Department of Neurobiology Care Sciences and Society, of Karolinska Institutet and Karolinska University Hospital simultaneously. They have enriched the present study with their knowledge of the requirement of rehabilitation after stroke from the point of view of occupational health for middle age sufferers and also for the geriatric people for their own treatment by themselves. The third writer, Susanne, in the study forms Clinical research background of Uppsala University and helps to determine the clinical treatment for the affected person. Another writer, Gunilla, is from Neuroscience and Rehabilitation Medicine from the same university. The fifth author Charlotte who is from division of Neurology of Karolinska University with a background in Clinical Neuroscience in Sweden. The last author is a Physiotherapist at the Karolinska Institute of Sweden. A process of rehabilitation involves the identification of the major clinical issues after a recovery from the primary heart related problems, which can be identified by the Clinical Researcher. The joint approach of the physiotherapist and occupational health expertise can improve the physical mobilization of the affected person. The two neurologists can put their thoughts on dealing with the numbness of certain body parts due to the stroke which can be considered as a part of rehabilitation.
Formation of the research question
The above-mentioned journal had focussed to solve the following research questions given below.
How much the person suffering from stroke and the informal caregiver is associated throughout the rehabilitation process?
What is the need of rehabilitation process for an individual suffering with stroke based on their gender, age, and sense of coherence?
How is the sufferer experiencing changes in daily life due to the rehabilitation process?

The rehabilitation is required to improve the future of an affected person. But for how long it is required and they role of informal caregivers to support the affected persons supposed to be determined in order to make a standard for the requirement of rehabilitation. The participation of clinical researchers, physiotherapist, and the neurologists has been evaluated to extract important findings from an interview with the affected persons and their caregivers. As stated by Ekstam et al. (2015), the researchers had used a questionnaire form for interviewing the affected person and the informal caregivers about their personal experience on the effectiveness of the care giving process had been analysed. The relationship has determined by analysing the interview questions from 86 affected persons and their caregivers. The face to face interview result could help to identify the primary relation between them. Likewise in the present study, it has been found that the help of the caregivers is required for at least 1 year after the attack to recover properly. According to Sallis, Owen & Fisher (2015), the association between the two is expected to last for 1-year minimum.  Approximately 52% affected individuals and their caregivers have felt the need of rehabilitation within 12 months to come back into a normal life. The affected individual was interested to become independent to perform their daily work in order to create a less burden for the caregivers (Schneider & Whitehead 2013).

Research   design
The mixed research design had been used for the data presentation and analysis and also for the interpretation of the study results. The qualitative method is appropriate to identify the association between the dyad’s which is nothing but the relation of sufferers and their caregivers. The main aim of the study was to identify the association between the two factors. As stated by Reményi et al. (2018), the use of questionnaire form for the personal interview of 86 affected persons and their caregivers had helped to give a broad analysis of the relation. All the result had collectively distributed into 3 groups of met, unmet rehabilitation needs and the process not in the agreement. From the met and unmet result, it was evaluated that whether the performance of the caregivers was appropriate or not and how helpful they were throughout the rehabilitation.
The quantitative result of the use of SOC scale and Ware's taxonomy were two helpful methods for the evaluation of the association between the dyads. This quantitative result had also helped to identify how long minimum an individual required for the primary recovery from the paralysis and neurological disorders of the persons. Along with that, the personal interview of an individual helps to identify the response of the rehabilitation process. Thus after analysis the design, it can be said that the present research design can be considered appropriate to get the results of the research questions (Greenhalgh et al. 2016).
Methods   of Research
The use of qualitative methods to identify the relations between dyad's helped to identify the association between them. But by the qualitative analysis it was not possible to clearly mention the numerical values that how much association is effective for the rehabilitation with the probability rate. Thus it can be categorized as a limitation of the study and also can be concluded that it is a future scope for the further study. The quantitative method by the use of different scales had helped to identify the minimum duration of the need for the rehabilitation. But it cannot be applicable to all individual. As stated by Lillie-Blanton & Hoffman (2015), the requirement of the rehabilitation and the types association of the caregivers depend on the severity of the disease of an individual and the ability of them to respond on the treatment. Thus this can be another limitation. Other than that in the study almost 38% of the respondents were female and remaining was male. Thus the result can be expected with a bias during sampling for the study. It can be considered that the result was monotonous due to the maximum response from the male participants. The response in the rehabilitation treatment can be varies based on the gender and individuality. Thus it is expected that this bias can create an error nous conclusion in the study.
Results
The result of the study questions had justified to find out the association between the dyads. It also successfully evaluated the minimum time period required to recover with the help of caregivers and the need of an individual of the rehabilitation based upon gender, age, and the other factors.  But the conclusion of the study cannot be said fully justified as the results were monotonous and the response to a treatment differs from gender to gender. Apart from that based on the study result, a general conclusion cannot be drawn on the need of minimum 1 year of rehabilitation as the response varies from person to person (Whitlock et al. 2012).
Part   B
Identification   of the barriers
In the present study, the general conclusion had been given that the affected persons need a minimum treatment of 12 months to perform the basic ambulatory work. But it is not applicable to all individual as the response to the treatment varies among different individual. According to Rizos et al. (2012), the study had taken the response from 38% female respondents which means the maximum interviewer were male. Thus the results along with the conclusion can be said error nous due to its homogeneity.  Thus for recommending the duration of rehabilitation at least for 1 year is not justified based on the study results. The caregivers are also maximum women, thus the feeling of a burden towards the affected person may not be justified due to the monotonous answer from males in a maximum number (James et al. 2015).
Conclusion
Heart attack or stroke could create certain complexities regarding the human health. This study has evaluated the impact of such medical issues. Based on that, it has discussed the importance of rehabilitation for the service users under such health crisis. This study has evaluated a journal in this context to illuminate those factors. It has presented the justified analysis of the research questions in that research work. Along with that it also evaluated the justification of the research process including its design and methods.  Certain berries are also identified in this study regarding the applied rehabilitation process and its impacts.
nursing assignment, nursing assignment writers, nursing assignment writing service, nursing homework help, nursing homework assignments, do my nursing assignment, help with writing nursing assignments, online nursing assignment help, nursing research paper writing service, nursing assignment help gumtree, nursing assignment writing help