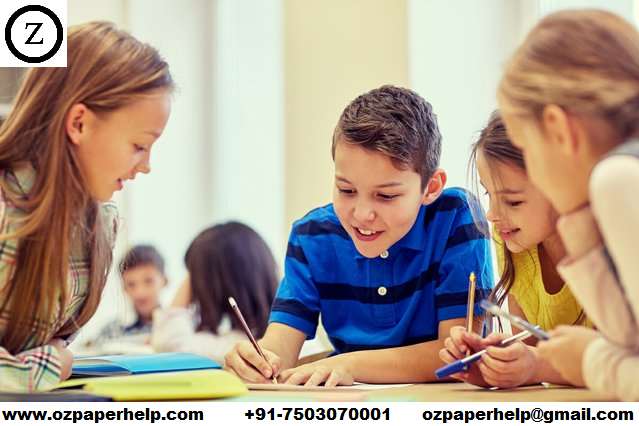 Learning means acquiring new or modifying or enhancing existing skills, values, knowledge, preference or behaviour by means of synchronising information. Learning is a process where what is already known is built up on and given a shape. Human learning occurs as part of personal development, school, training or education. The study that states how learning occurs is included in neuropsychology, learning theory and educational psychology. It may be possible that learning occurs due to classical conditioning or habituation, and with or without conscious awareness. As opined by Levete (2007), learning difficulty affects the way a person learns. It may not be just pertaining to school but could be from any area of life. It affects the way a person understands information provided and how they communicate their own thoughts and feelings. The difficulties may involve understanding complex or new information, learning new skills, independent coping of situations and occurrences, etc. Learning difficulty is a general term that is used for varied conditions with diversified symptoms and severities. Dyslexia is a well recognised name, while the lesser known ones include Asperger’s Syndrome, Dyspraxia, etc.

Dyslexia is associated with the difficulty pertaining to learning to read fluently with accurate comprehension even though the individual possesses normal intelligence. Difficulty with phonological awareness and decoding, rapid naming, speed processing, auditory short term memory, language skills, orthographic coding, verbal comprehension are included in this. The three proposed cognitive subtypes of Dyslexia includes auditory, attentional and visual. According to research literature, Dyslexia is considered to be a receptive language based learning difficulty and also affects the expressive language skills of individuals, (Reid 2007).

A brain based type of learning difficulty that specifically affects an individual’s ability to read is Dyslexia. These individuals typically possess the ability to read at a significantly lower level of expectation even though they possess normal intelligence. As suggested by Moragne (1997), although Dyslexia varies from individual to individual, its common characteristics include phonological processing, difficulty with spelling and rapid responding both visual and verbal. Some early symptoms that can be later diagnosed as Dyslexia include letter reversal, mirror writing, delay in speech and easy distraction by noises in the surrounding.

The later age symptoms includes poor spelling ability, difficulty identifying or creating rhyming words, phonological awareness, segmentising words into individual sounds, blending of sounds to form words, etc. Some other symptoms are inability to guess whole words, and the tendency to add or omit words or letters while reading or writing. Symptoms in teenagers and adults include difficulty in memorizing, summarizing stories, learning foreign language and in reading aloud.

Individual who are affected by Dyslexia can be identified by writing skills, reading accuracy and fluency that by no means match the level of intelligence they possess, (Marshall, 2004).

While reading the following signs may help in identifying Dyslexia in an individual:-

• Repetition or omission of words or whole lines

• Reliance on context or phonics

• Complain regarding words being blurred or moving.

While writing the following symptoms may help in identifying Dyslexia in an individual:-

• Confusion between upper and lower case

• Difficulty in taking notes or copying

• Disparity in written and spoken abilities

• Poor handwriting and untidy work Studies reveal that the children born to parents with Dyslexia have a heightened risk of literacy impairment. However, families share not only the genes but also the environment, thus making it difficult to disentangle the contribution of genes in comparison to environmental factors on reading behaviour.

Functional brain imaging studies conducted during reading indicate that individuals affected with Dyslexia typically show less activity than controls in the left hemisphere temporo - pariental region. However, the casual status of brain differences pertaining to Dyslexia are debatable as the development of the brain shows considerable plasticity and both its function and structure are shaped by usage.

Schools and the environment at home contributes to the risk of a child developing Dyslexia. A strong social gradient is observed regarding reading disorder. It has been often noted that poor readers belong to large families. In scenarios where the parents have a literacy problem, less than optimal reading related experience is obtained at home. The deficits in low level visual or auditory processing have been implicated by various theories. The result of research are missed and typically only a section of the people with Dyslexia are affected.

STRATEGIES FOR SUPPORTING CHILDREN WITH DYSLEXIA:-

Prior to the twentieth century, children with learning difficulties were often considered as unteachable. In the beginning of the twentieth century it was recognised that children with learning difficulties and previously considered uneducable could in fact learn but at their own pace. Notable in the quest for new learning strategies were the work of Bessie Stillman and Anna Gillingham who published the first teaching method which was directed specifically to help children with reading difficulties including Dyslexia, (Snowling 2000). There are numerous techniques that can be adopted to teach Dyslexic children. Not all affected with Dyslexia will respond to the same techniques so it is of utmost importance to customise the strategies as per the particular child’s need. There are a number of teaching aids, programs, etc that can be used with a child suffering from Dyslexia. It has to be chosen on the basis of how positive the one aiding the child is and how far is the improvement on the child’s confidence which will enhance its success rate, (Abraham, 2004). Tuitions provided should be multi-sensory in nature. They should involve listening, speaking, touching, looking with as much variation as possible. Shaywitz (2003)suggested that by means of this it can be determined whether the child is a visual learner, that is a person who learns best by seeing, an auditory learner, that is a person who learns best by listening or a kinaesthetic learner, that is a person who learns best by feeling or doing.

As opined by Farrell (2006), iff a student has Specific Learning Difficulties (SpLDs) and has approached the Disability Team for support, a full assessment of their academic support requirements and a detailed report pertaining to specific recommendations will have to be sent to the nominated disability contact in the school or the facility. There are standardised adjustments that have to be accommodated by the academic departments in order to extend support to a child with any SpLDs like Dyslexia.

Individuals affected with Dyslexia, especially school children can gain benefit from various support techniques. These include support from specialist teachers like one-to-one literacy, computer tools enabled with text-to-speech facility, coloured glasses, word prediction and spelling correction tools in electronic devices, etc. As per the Discriminations Act 1995 (UK), it is the legal duty of schools and other institutions to not discriminate unfairly against individuals suffering from Dyslexia. In order to provide appropriate support, educational institutions have to also detect the condition if not already stated by the family of the student. The Disability Discrimination Act 1995 (UK) includes those who suffer from Dyslexia. Additional legislations have been incorporated in the following years, which widen the scope of the Act of the year 1995.

Special educational Needs (SEN) is an aspect of the UK school education that focuses on students primarily with learning difficulties and or disabilities. Across the school education systems of the UK, provision for SEN is widely varied with a mixed economy of teams that provide learning support. All schools have a legal duty to maintain a SEN coordinator or an equivalent position. Originally published in the year 2001, the SEN Code of Practice provides non binding guidance on the shaping and maintenance of provisions. Authorities mostly operate on a graduated approach which is based on the level of need and requirement of additional support (Prior 1996). Special Educational Needs and Disability Act 2001 (SENDA) is an act of the Parliament of the United Kingdom. According to this act, schools, colleges, universities, Adult Education Providers, Local Education Authorities and Statutory Youth Service need to make reasonable provision to ensure people having SpLDs receive the same opportunities as those who are not suffering from the same. Additional support for children who are starting Secondary School with persistent spelling and reading difficulties are essential.

The concept of Dyslexia used to be considered as a pathological condition that was totally within the domain of the medical profession, (Silverstein et al.2001). With the progress of research, the term Dyslexia came to be used on a broader platform about the beginning of the twentieth century. Around the middle of the twentieth century, as educational psychology developed, Dyslexia was accepted as a problem pertaining to the educational methods. Around this time, then needs of Dyslexic children were promoted by various private organisations too.

The British Dyslexic Association and The Dyslexic Action in the United Kingdom have particularly prominent in training of teachers and assessors of dyslexic children along with promoting the needs of such children, (Dockrell and Mcshane, 1993). Today Dyslexia is included as an official category of learning difficulty and has become a research topic both in the domains of education and medicine. Significant researches are being conducted in the collaboration of the fields of education and medicine to probe into the areas of the origin and management of Dyslexia. Although the role played by medicine in the said research is tremendous, its treatment will certainly be in the field of education since it has been shown that the causes of Dyslexia are neurological and biological, (Pumfrey and Reason 1992).

Marshall, A. (2004). The everything parent's guide to children with dyslexia. Avon, MA: Adams Media.