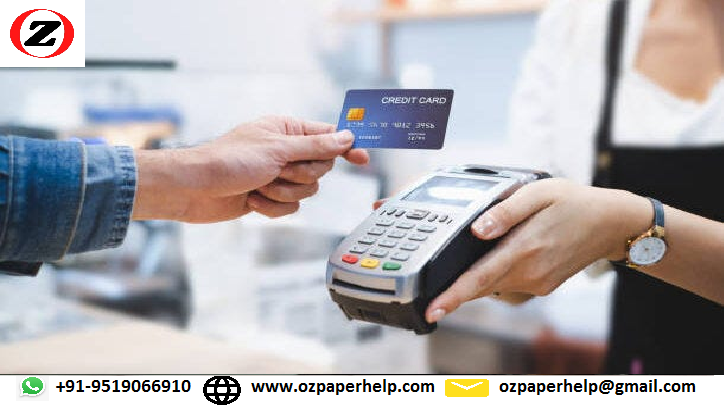 In the recent times, technology is rising globally. In this modern world internet become an important part for most f he people of the world. With the help of internet each and every impossible work can become possible within a minute. Online banking is one of the examples of the internet benefits. Internet not only has the benefits, it has some flaws also. With the improvement of technology the criminals get more chances to do their crimes. In online banking system the credit card theft become a major issue recently. The hackers get access to the personal information of the users and start to use it for their own benefits. The economic factor faces a huge threat regarding this issue. The customers do not get assurance to deposit their money and assets in the bank. For this reason the relationship between the banks and the customers get hampered and as an effect the banks face a huge loss (Levi, 2017). A huge amount of complains have been lodged in every year regarding the issue of credit card theft. Fraud detection system becomes a major issue, if the hacking of the credit card cannot stop, then it will affect the income of the bank as well. In this paper mainly the credit card issue has been discussed. The measures which can be taken to stop the credit card hacking are also discussed here.

There are many types of credit card theft in the Australian market system. At first the various types of frauds are discussed here.

a Card Not Present (CNP) fraud- in this type of fraud, valid card details are stolen and by this details the hackers purchases or do other payments without using the actual card. This fraud mainly happens over phones or online system

b Skimming- in this type of fraud a card’s magnetic strip is used to create a fake card. It is usually occurred at the ATM.

c Fraudulent application- in this type of fraud transactions made on a card where the account was established over the identity of someone else.

d Others- there are many other processes also by which the hackers can hack the credit cards. Identity or account takeover is one of them. Besides this processes many other innovative processes are also observed in the time of credit card hacking.

In Australia, the consumers use the credit cards on their spending hugely. The survey shows that in 2017, the overall value of the transactions in the cards grew 5% to $748.1 billion. The value of fraudulent transactions grew also. The rate of increasing grows 5% to $561.4 million though the rate were much more in 2016 and 2015. The increasing rate was 16 %  in 2016 and 19 % in 2015. Various steps are taken recently to cut the fraudulent activities on the credit card system in Australia. There are some reasons which mainly chip off the growth rate of the card fraud system. One of the main reasons is the chip technology becomes an important part of the card fraud system, it can protect the in-person transactions. The in-person fraud becomes harder due to the reason that in recent times mainly the online payments are done. So the fraud is migrating from the credit card theft to the online card fraud.

In 2017, the online retail industry takes some prevention measures, the CNP Fraud Mitigation Framework is one of them. In a report it has been shown that the victims dealing with the consequences from the credit card theft system spent an ample amount of time. The time span has increased from 15 hours in 2014 to 23 hours in 2017. Identity crime affects a large number of Australians in a major way. The banking sector and the other government agencies face a huge threat due to this (Broadhurst, 2017).

Document Verification Service (DVS) is used in a large way from 2014 mainly to prevent the identity crime. This particular service was made available to the users of the private sector also. This system needs to verify the identities of the customers. The service has increased in a huge rate in the private sector mainly from 2015.

Overall to prevent the fraudulent activities in the credit card system a strong collaboration and partnership is needed. In February 2018, AusPayNet and the Reserve Bank of Australia cooperated with each other to bring the entire range of stakeholders to detect a new approach for identification of the online fraud system. They togetherly held this event. There are major steps have been in taken in this particular event. Firstly a risk based authentication approach has been taken, then the global standards which are relevant in the Australian market are applied (Smith, 2016). The modern technology like the biometrics or the face or the voice recognition can be taken to prevent the frauds. There is need that some measures should be taken to identify the frauds. Developed and dedicated analytical tools, reduced exposure of card data can become the big steps to prevent the card fraud theft (Smith, 2018).

After taking those measures fraudsters even continue to use a variety of techniques. Malware and phishing attacks are one of them. By applying these procedures hackers can capture the sensitive card data and the passwords of the card holders. The rate in the credit card fraudulent activity is 85% in 2017 in Australia though the percentage had slowed over 3 years due to the developed technology which is used in the prevention of this type of theft (Emami, et al., 2018).

Banks should provide credit cards with lots of preventive measures. They can focus on the digital signature part. Some new laws should be implemented in the government sector. In the time of purchasing a credit card the provision of the Identity card should be mandatory to avoid from such fraudulent activities in the credit card system in the banking sector. Installing EMV chip is also a new process to prevent the banking frauds (Zojaji, et al. 2016).

The ATMs should also update their software to prevent the credit card theft. In most of the time the hackers try to collect the information of the users from the ATM so a strong security system is also needed in the ATMs (Gupta, et al., 2017). The users also take some preventive measures by not conducting the transactions over an open or unprotected network. Even mobile phones is become a beneficial factor for the hackers as they can get the quick access over the cloud technology (Abdallah, et al., 2016).

Aim and of this research

The main aim of this paper to focus on the cases of the fraudulent activities in the credit card system and to discuss about the preventive measures of this problem.

This research mainly focuses on the credit card fraud. It has been discussed that in the recent time the online fraud detection system is developing a lot and for this the rate of the credit card fraud starts to decrease. For more tight prevention of this particular problem the banks, the users and the other government sectors must take some serious steps and try to implement some strict laws regarding this problem. It is high time that the credit card fraud issue should be taken and treated as the most important issue, otherwise the whole banking industry will face a huge loss (Cross, 2017).

The methodology of a hybrid model is discussed in the following. This model will help to prevent the credit card fraud in a developed way.

The security measure of the credit card theft system is the main problem of this research. The data analyzation technique is the necessary process to analyze the data to provide the perfect outcome of the present research. There are mainly three types of data analyzation techniques are present and they are 1) qualitative, 2) quantitative and 3) hybrid. In this research the hybrid technique is used to discuss about the solution of the problem.

Credit card hackers mainly target the personal information of the users, when the information of the users get leaked or the hackers steal the information from them, then such problems happened. This information mostly used in unauthorized online purchases and some more other situations. There are some techniques present to identify this fraudulent activities, one of them is hybrid technique. In this paper the properties of Parallel Granular Neural Network (PGNN) and Cost Based Model are merged to form this hybrid technique which tries to solve the major issue of the world and that is ‘credit card theft’. An accurate and efficient way to detect the credit card fraud is to be provided by this proposed hybrid model. A fuzzy neural network based technique is presented in PGNN. A distributed mechanism is presented in this technique to provide the effective mechanism for identifying fraudulent activities in credit card system. Log data of different transactions of credit cards is used in this technique to identify the particular fraudulent activities in the credit card but a small problem is observed here. In this process the log data requires to be updated for the proper detection of the credit card frauds. The data mining technique is presented by the Cost Based Model. This data mining technique is based over the large scale dataset. This dataset contains the data from the various events of credit card frauds. This whole large dataset consists of some small subsets. After that meta classifiers are generated in this process by the use of the data mining technique. By merging this technique with the cost model technique the functions of the credit card fraud detection system enhances and the performance become much better due to this.

The new hybrid technique consists of the properties of both the models of the Cost Based Model and the Parallel Granular Neural Network. This hybrid technique helps to provide an enhanced result for the detection of the credit card fraudulent activities. A statistical analysis of the results is presented here. Numerical data is mainly presented here. An efficient mechanism is provided for detection of the credit card frauds is provided by this hybrid model. Mainly three parameters are used as the evaluation parameters and they are 1) Precision, 2) Recall and 3) F-measure. This particular statistical analysis shows that this hybrid technique provides a better result rather than the existing techniques (Saravanan and GNK, 2017.).