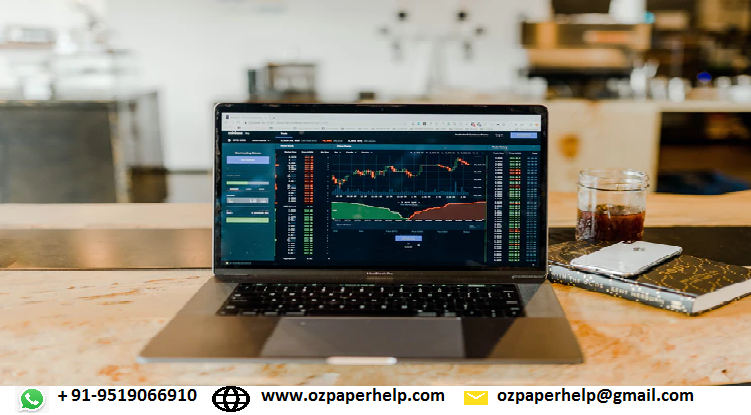 This memo is being written to draw on the specific details of Metcash for the explanation of the particulars of consolidation.

As per the definition given to the consolidated funds, consolidated financial statement is the financial statement regarding a parent entity having control over subsidiaries. Met Cash Limited despite of the distinctive legal entities has decided to form consolidated financial system. Met Cash has taken resort to the formation of a Consolidated Fund for gaining control over its subsidiaries for recognizing assets as well as liabilities, realizing revenues as well as expenditures and presenting them in a single report format. The Company has taken resort to form a single report in order to come up with the evaluation of its financial performance as well as well as its financial position. As a parent entity, the company is focused on increasing its net revenue by including its subsidiaries as well due to which, the company has decided to come up with a consolidated fund in order to evaluate the overall financial performance and come up with initiatives accordingly. As per the annual financial report of the company, it has been observed that the financial year’s end, the company became highly disappointed by receiving advice from one of its subsidiaries, Drakes Supermarkets that a long term supply agreement will not be committed by it for having the stores in South Australia. This has been provided by its projected new Distribution Centre within the State. This makes it necessary for the head entity to come up with a consolidated report in an appropriate way for the achievement of the financial outcome of the group as well as increasing its competency for creating money. The consolidated fund will help the company in getting a trustworthy foundation for decision.

The Board of Directors of the Company has a Risk, Audit as well as Compliance Committee (ARCC) supporting the board in fulfilling the responsibilities for the monitoring of the risk processes of the management along with the corporate strategy, which is known to be a primarily responsibility of the Board. The ARCC on the Board’s behalf is known to monitor the risks events that have the probability of preventing the corporate strategies of the Group. The company has been known to have a place within the framework of the risk management, which the dedicated teams for risk management support (metcash-limited-1. 2018). A continuous process related to the risk procedure is implemented by the Risk and Assurance function, which is ARCC. Metcash has taken resort to an approach of managing the risks of the material business by summarizing in a Risk Management policy under the heading, which is Corporate Functioning thereby reflecting company’s corporate policy.

Sustainable reporting is the process, which is done by measuring and publishing the data of the organizational performance of the company while focusing towards the main objective of sustainable development. A sustainable report shows a balanced representation of the sustainable performance of the organization, which includes both the positive part and negative part of the performance (Umapathy Ananthanarayanan and Harris, 2019). The capability of the company to pay its debts is the solvency in audit committee. If the company has the high debt that means the company is not gaining much profit as well as it is running effectively which lead to a delay in audit report. The audit committee plays a major role in analyzing the planning, implementation of strategies and calculation of audit results in order to analyze the internal control as well as preparation of financial statements (Williams and Dobelman, 2017). Most Multinational Companies take longer time to clear the audit. As audit, committee comprises of three people, which help to make the audit more secure and safe (Oladele et al., 2018). Different functions in an organization have different data, which helps us to analyze the above data. Internal assurance can also help to validate the sustainable data .higher ratio of debt has a total solvency which will give a positive impact on the financial balance sheet of the company (Lake, E.D., 2017). Several companies have been seen to have sustainability reports as per the assurance of the third party as the audit of the financial statements. The quality as well as the reliability of the reports is assessed by the stakeholders’ reliance on the assurance including regulators, insurers, investors as well as employees.
A statutory loss of $149.5 million has been recorded by the company as a result of impairment of goodwill as well as other net assets worth $345.5 m, which has been announced on 6th June, 2018. As per the Financial Statement of MetCash, it has been found out that the Group acquires the position related to net cash of $42.8 million by the end of the financial year of 2018. An increase in its net position by $28.8 m has been recorded. Average net debt of the Financial Year 2018 was $150 million contributing to the reduction in the net finance cost by $26.4 million (metcash-limited-1. 2018). As per the annual report of Metcash Limited, a statutory loss after the tax of 148.5m dollars has been recorded.  The reason for the loss, which has been reported, is the impairment related to the goodwill as well as additional net assets, which is of $345.5 million (post tax) within the Food pillar that has been announced on 6 June in the year 2018. On 28 May in the year of 2018, an announcement was made by Met Cash in accordance with which, it has been found out that the company is strategizing for a probable new purpose-built DC in South Australia. The DC will help the local non-dependent retailers within South Australia for benefitting from fundamental operational efficiencies along with accessing a wide product range. The local suppliers would also be benefitted by opening a pathway for accessing distribution network of Metcash.
It has also been announced by Metcash that it has been advised by Drakes Supermarkets Group not to make any commitment to form supermarkets in South Australia, which will be supplied from the newly proposed DC of MetCash. It has been later confirmed by DC Drakes that supplying the stores out of the new DC, which is presently under development has been intended.
Due to the loss of the commitment along with intensifying competitive as well as economic environment, which is specifically in Western Australia, a record of the impairments expense of   $352.1 million has found out, which is not in favor of net assets as well as goodwill in the Food Pillar. The expense, which has been presented, is within the ‘significant items in the income statement of the company for FY18. From the Project Align focused on the operational efficiencies will lead to the addressing of the effect of the operational leverage loss in South Australia. Due to loss of commitment as well as the intensifying competitive as well as economic environment within Western Australia, a record of an impairment expense regarding $352.1 million has been found out against the assets’ carrying value in the Food & Grocery segment (metcash-limited-1. 2018). The expense of the impairment, which is related to goodwill as well several tangible assets also included several lease exposures as well as remaining tangible assets.

It is highly imperative for the Board of Directors to pay attention to this statutory loss of $149.5 million as a result of impairment of goodwill as well as other net assets worth $345.5 m, which has been announced on 6th June, 2018. The Board of Directors must focus on providing support to the success of the independent retailers across their Liquor, Food as well as Hardware Pillars.