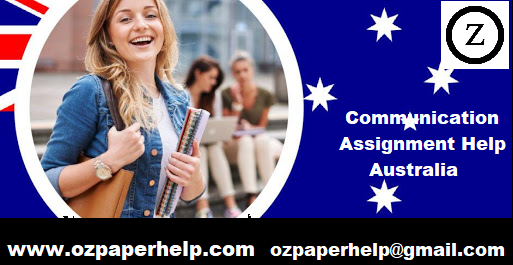 The industry of communication is the sector of the industry that is engaged in the distribution and production of content design to inform and entertain. This communication supports every country globally. This industry has captured a huge growth in recent years. In the following assignment, the information related to the communication industry in Australia will be provided. Vodafone is the company which will be discussed in the below assignment. It has been observed that Vodafone is the fastest network in Australia. It is the first company that introduced 5G in the market. It has been portrayed that this company has a revenue of 348.1 crores AUD. A recent study reveals that Vodafone delivered the best network performance quality in Australia. According to the assignment, the below information will also enumerate the micro and macro environment of Vodafone in Australia. This company delivers the best internet around Australia as compared to other networks such as Optus and Telstra.

Micro and Macro environment of Vodafone

Political: The political stability of Australia affects sales and profitability. This company faced charges of capitalisation. In the market of Australia Vodafone captures a huge market because the other telecommunication services like Optus and Telstra do not provide a satisfying service to the people in Australia (Thompson, 2017).

Economic: The level of employment affects the purchasing power of the people and this affects the sales of the product which reduces the profitability of the company. Vodafone in Australia captures a huge market as this company holds a revenue of 348.8 AUD. This company is also known as the leading telecommunication company in Australia because it is the first network that operated a 5G network.

Social: It has been observed that the maximum number of people spend their time online as this results in an increment in the demand for Vodafone. Growth in demand for internet-based services helped the international based companies. In Australia, Vodafone provides high internet services that gather the interests of the people (Chugh, 2018). It provides around 16mbps high internet speeds to the people of Australia.

Technological: This company highly improved them in technologies. Vodafone in Australia uses AI(artificial intelligence) and MIMO technology to improve the connectivity of 5G in the market of Australia. This technology helps them in providing high internet speed to its customers (Tidd and Bessant, 2018).

Legal: The business operation of Vodafone in the market of Australia faces problems when the government increases the rate of fees. It has been observed that ASIC is a department in Australia where every company needs to provide a regular fee. This affects the profitability of the company when it increases its fees.

Environmental: In the twenty-first-century environment and sustainability have become a vital focus area for business. Vodafone in Australia operates its business by maintaining the environment. Environmental factors have a huge impact on the company as natural disasters destroy huge elements of the company (Nicholls, 2016).

Strength: Vodafone in the Australia market holds various strengths as it provides better internet services as compared to other telecommunication networks, as a result, it maintains a good brand name that supports them in achieving competitive advantages. This company also operated M-pesa services which became successful and increased the revenue of the company. The advertisement plan for this company is different as this strategic plan helps in achieving success.

Weakness: The major weakness of Vodafone in Australia is its poor financial position. It has been observed that around 3% of the market share reduced in the last two years. It also faces problems as the number of customers is getting low day by day. This reduced the profitability of the company. The competitors of Vodafone have forced them to increase their tariff plans which affected the profits and the revenue of the company.

Opportunities: This company invested more in the Australia market to increase its revenue. In recent studies, it has been observed that this company holds around 8 billion internet users globally. They also operated 5G in the market of Australia which captured the interests of the customers. This also resulted in huge market growth.

Threats: The threats of Vodafone in Australia include MNP (mobile number portability) which reduces the cost of switching between carriers and as such reduces customer loyalty. The competitors also play a significant role as it forces the company to lower the costs of the tariffs plans.