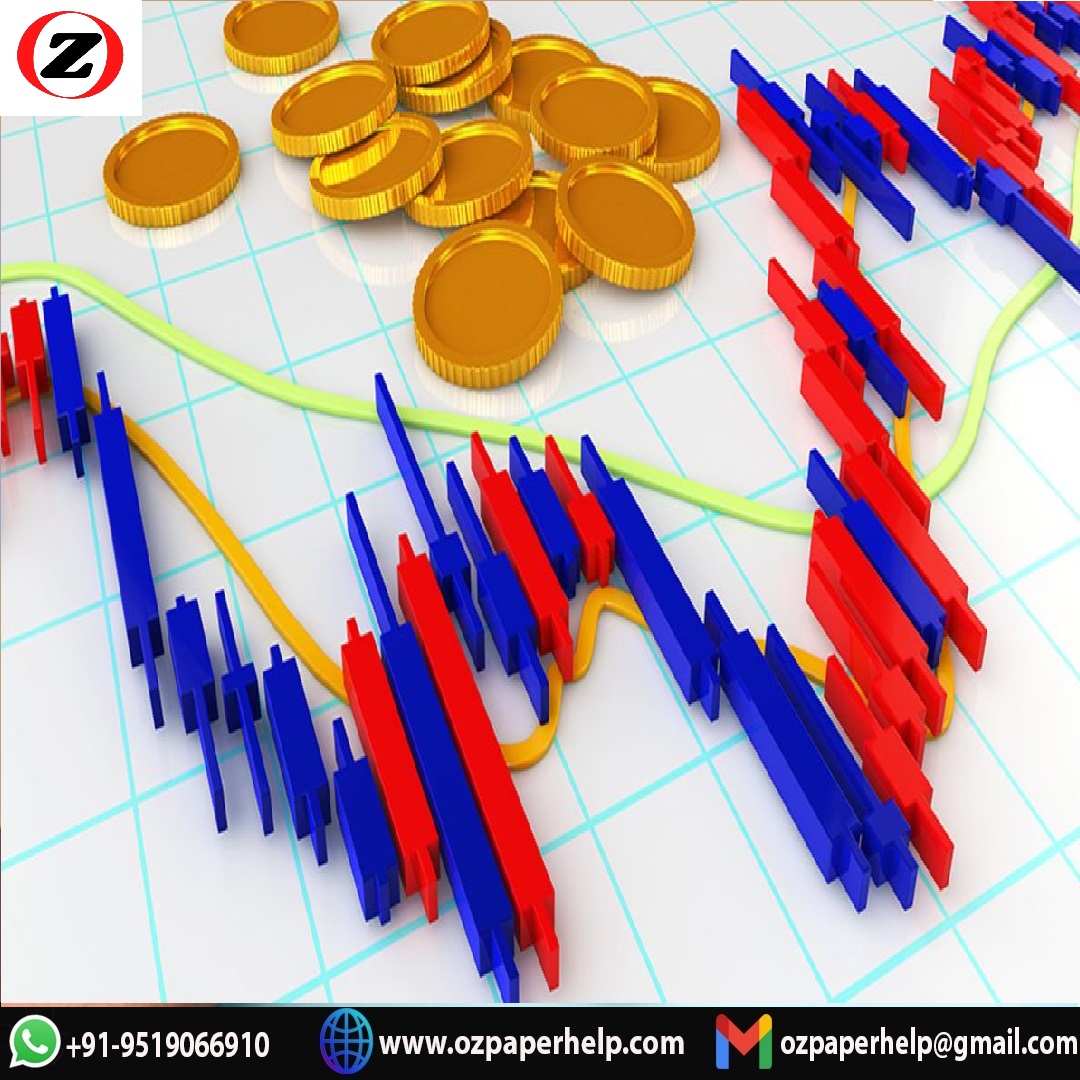 Thanks to opening up and the implementation of reforms within market structures, China has experienced over 35 years of extraordinary economic prosperity. As of 2012, China was ranked a close second to the United states with regards to its Gross Domestic Product GDP), having risen from $205 in the late 70’s to $6075 in the year 2012 (Hu, Yan, & Wei, 2014). Moreover, China is also currently ranked as one of the major importers and exporters globally having amerced over $3.4 trillion in the form of foreign exchange reserves. With such a booming economy, the state has in the span of two decades received more foreign direct investment than any other developing country, not only Asia, but worldwide. Analysis informed by outwards foreign direct investments places China in the top 5 exporting countries, which goes to show the successful nature of China’s trade links. In essence, China has experienced miraculous economic growth which is symbolized primarily by its per capita GDP as it has experienced a constant upward trend over the past three decades due to a combination of impressive yet complex institutional reforms and capital based constraints.

One of most reliable ways of analyzing a country’s economic performance is through its GDP, specifically the per capita GDP. The terminology is used to describe the measure of output a country gives, divided by the total populace. Essentially, this figure represents the amount of output that each citizen gives on average. Productivity of workers and economic growth are some of the factors that per capita GDP is used to measure. A decrease in this figure symbolizes retardation of economic growth and vice versa. In the case of China, there has been a steady rise in Per capita GDP which signifies increased productivity and a constant rate of growth. As of 1980, the per capita GDP of China was at $192, making it the 4th last country with regards to economic health out of the 147 countries listed by World Bank. Economic development at the time was extremely low and so was the general GDP. By 2000, this figure had risen to approximately $990 which made it the 7th highest GDP globally (Fang, 2012). China continued to prosper economically as it further jumped from 7th to 2nd in the following decade registering a GDP of $7.3 million and a per capita GDP of $5,445 (Hu, Yan, & Wei, 2014). As expected, this trend has continued show to date as China currently has a per capita GDP of $9,559, among it one of the fastest growing economies iv the world.

One of the main factors contributing towards this economic growth is the manner in which China has gradually managed to implement beneficial policies to its economic structure without tampering with economic equity. Zhang and Yi describe this as the gradualism strategy, whereby a country gradually introduces reforms in an incremental manner so as to avoid getting in the way of the government’s interests (1998). Consequently, a trickle-down effect is felt within the previously established economic system as market forces slowly permeate.
To a great extent, the main aim of these reforms was and still is to establish a sound socialist market system that attempts to accommodate all major players in the country’s economic well-being. Fiscal reforms are some of the key tenets of this system as they work towards creating a balance between the state’s expenditure and revenues. Experts within the economic field refer to this as de facto fiscal federalism, a system that largely relies on the sharing of local and central taxes for its success.
Also, the financial sector has over the years undergone major reforms. Prior to 1978, the PBC People’s Bank of China) served as the only business bank in the country. Thus, it was also the country’s Central Bank which brought about a conflict of interests between the government’s and public’s economic interest. After deep economic reforms, the PBC was turned into the sole authority pertaining to monetary matters. At the end of the day, this allowed for the introduction of other modern financial institutions including investment, business, and policy banks, as well as insurance organizations. Today, its duties include implementing and creating monetary policies.
Other notable economic reforms that promoted economic growth iv China include the construction of a reliable legislature, fiscal reforms that helped create a macro-prudential economic system based on market systems, the approval of private investments, and foreign exchange reforms which today utilizes a floating system managed by international factors, thus unifying regulated, black market, foreign trade, and financial rates.

As per this theory, the ability for human capital to contribute towards the production of economic value lies in the stock of habits, knowledge and personal attributes that the personnel tends to possess. With a population of 1.37 billion, China has an extensive collection of human capital which is factored in as input when assessing economic growth. All in all, in as much as this huge capital base has contributed towards growth, its relative importance is slowly diminishing due to the law of diminishing returns. Consequently, the future is not bright for the already declining forces of labor since there is a relatively high percentage of individuals rapidly aging and natural resources are at all-time low. In the long run, total factor productivity has a greater bearing on China’s economic growth as it is currently the economy’s main driving force.

For any country, the accumulation of capital serves as the primary factor driving economic growth. In this case, the high rate of savings plays a detrimental role towards China’s highly successful economic growth. In the long run, savings tend to boost economic growth. History dictates that as industrialization grows, so does the ratio of GDP to savings. However, the situation is not that obvious for China. As compared to other countries, China has one of the highest savings rate in the world. Currently, China’s saving rate lies at 47.4%, which is quite minute compared to the world average of 20% (Zhang & Yi, 1998). It is this extremely high savings rate that has played a major role in boosting the country’s economy without bringing about inflation. However, it is prudent to note that the investment rate is much lower than the savings rate. By and large, this explains why China has a huge amount of foreign assets held and has accumulated surplus trade over time.

As guided by the gradualism concept, the continuous opening-up of China as a trading hub has also played an invaluable role in influencing China’s miraculous economic growth. With a more open market structure, the country’s populace tends to produce and export more which contributes greatly towards the overall GDP. China’s market structure opened up from the technical and economic zones, riparian areas, the inland regions, and economic development zones in the coast. In no time, the whole of China turned into a trading zone for the manufacturing sector and the less privileged service as well as agriculture industry. Moreover, China joining the World Trade Organization also played a significant role in influencing China’s economic growth by implementing broader policies which have allowed the country to integrate itself into the global market system with specific regards to beneficial division of labor.

As is the case with industrialization, urbanization is another major driver of the country’s economic success. With rural-urban movement gradually increasing by the day, per capita GDP increases since more people are actively enrolling into varying job roles in urban areas, which ultimately favors the economy. Prior to 1978, the urban population increased by a margin of 2% to 18.7%. As of 2000, the number skyrocketed to 35% and a decade later hit 50.5%. Today, China is one of the most urbanized countries worldwide with majority of its population residing in these more advanced areas. Statistics show that the rate of growth in urban areas has steadily increased by 1% for the past 3 decades. All in all, 180 million of the 50.5% comprises of rural immigrants that cannot access basic social amenities in urban areas (Fang, 2012). These individuals move to urban areas temporarily for the purpose of finding work. As such, the actual urbanization rate is at 35%, considering the temporary 10 million. Therefore, it is safe to state that with a low urbanization rate, there is still a huge potential for growth within China which ultimately serves a driver for the country’s economy.

In summary, China is on its way to ultimate economic success given the current reforms within the country’s economic structure. Moreover, expansions within the trade sector and a rather low urbanization rate have also played a major role in influencing the state’s success. Judging by current statistics, China seems ready to enjoy a 4th decade of economic success marked by a high rate of more economic growth.