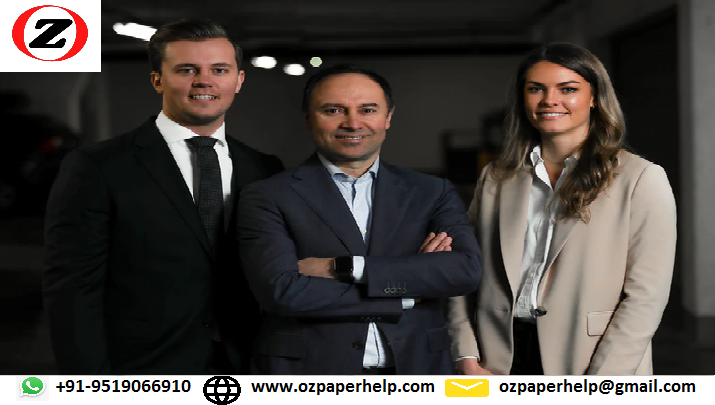 This report has provided a detailed insight into the problems within the structures, boundary frameworks along with the procedures, which the organization, Claymore Consultant encounter while conducting the business. Claymore Consultant has been established in the year 1989, which is a Melbourne based management consulting organization-providing suggestions to organizations on issues related to organization, strategy, technology along with operations. In this report, the issues, which the organization has encountered, will be comprehensively discussed. it can be said that the organization had several drawbacks, which have been analyzed as per the given case scenario. By analyzing the case study, it has been found out that the organization is associated with several drawbacks, which includes lack of employee recognition, lack of collaboration, and lack of innovative ideas along with lack of an effective remuneration structure. Besides, the other drawbacks of the  company includes lack of effective training to the newly recruited employees, who are experienced along with lack of required knowledge related to the consultancy industry. Moreover, the organization failed to incorporate an effective professional framework along with poor development path related to career as well as lack of task variety.

This report will provide a detailed insight into the problems within the structures, boundary frameworks along with the procedures, which the organization, Claymore Consultant encounter while conducting the business. Claymore Consultant has been established in the year 1989, which is a Melbourne based management consulting organization-providing suggestions to organizations on issues related to organization, strategy, technology along with operations. In this report, the issues, which the organization has encountered, will be comprehensively discussed. Henceforth, a detailed analysis into the nine change indicators within its structure will be provided by drawing on the nine indicators of change. Besides, the change management theory will be provided in order to explain the identified problems encountered by the company. The organization has been witnessed to encounter few problems in its infancy stage, which was largely based on the network related to the corporate client with the gradual growth of the company. Lastly, few effective recommendations will be provided in order to enable the organization cope with all the issues and operate effectively.

Draw on the nine change indicators within the structures– processes– boundaries framework to analyze the current situation at Claymore Consultants.

The business partners had to witness problems in managing all the teams with increasing working staff. Henceforth, limited number of project managers can be cited as significant problems, which the organization encountered.

The comparatively small operations of the company has led it incorporate a small team with few rules and regulations. Besides, the members of the organizations have been witnessed to get task allocation in accordance with their tasks or expertise. Moreover, in several instances they have been found out to perform multi-tasking as well. Henceforth, the flat organic structure of the company with few rules can be referred to as one of the main reasons due to which, the organization encountered problem in the later period with business expansion.

In accordance with the case scenario, it has been seen that increasing operations as well as clients of the business, the business partners of the company encountered several issues related to managing the project. However, despite of all the increasing problems related to the management of the project, the founders of the company did not feel it necessary to delegate the tasks of managing the problems to other team members. The reluctance of the managers in delegating the management of the project to the other team members led to increasing frustration among other team members. The organization was seen to be suffering problems since the business partners were reluctant to assign the role of leadership to other members instead of formulating effective strategies for the expansion of the organization.

As per the given study of the Melbourne based organization, Claymore Consultants, it has been evaluated that the team members were extremely happy with the remuneration structure of the company. The company was unable to take resort to increase in employee satisfaction, which in turn will enable the organization in effective expansion. Instead, the company fueled the anger of the employees by increasing frustration among them by taking resort to equal pay. A larger section of organizations irrespective of their size is seen to incorporate remuneration structure in accordance with the skills of the employees in the current scenario (Bradler et al., 2016). However, the company failed to incorporate effective remuneration structure by paying employees in accordance with their skills. Moreover, the employees were not provided with any kind of incentives for commencing new clients to the organization or for providing the organization with innovative ideas for the enhancement of their business. Concisely, the employees were not appreciated for their contributions towards the organization. The company moreover was unable to cope with the changed scenario with upgraded promotional tactics. The promotional tactics of the company was not that upgraded due to which, the company lost out major deals to few of the multinationals. The increasing competition in the present scenario has led it witness major troubles.

The most acute problem within the framework of the organization, Claymore Consultant is that its founders, the two business partners Angush and Harnish did not prioritize to appreciate the services delivered by the employees. It is of utmost importance for every organization to appreciate the services that are being provided by the employees (Aguenza and Som, 2018). Concisely, providing employees with effective reward as well as recognition is highly crucial for the ultimate productivity of the organization. In addition, Claymore Consultant encountered issues while interacting with clients due to its highly unprofessional framework. The organization continued to be viewed as highly unprofessional since the leaders have been found out to have lack of trust in the skills of the employees. Moreover, in spite of analyzing the drawbacks, the leaders failed to come up with effective strategies and instead kept on intervening in every single matter without giving any liberty to other team members to come up with effective initiatives for the mitigation of the problems. Furthermore, the organization lacked collaborative approach, since the leaders of the team did not feel it necessary to take resort to consult with the pertinent team members and incorporate their viewpoints while taking crucial decisions. As per the case scenario, the company has been found out to lack in cross team collaborative approach.

Based on the case scenario, it has been found out that in the year of 2007, the organization failed to take couple of clients who have established a niche in the consultancy sector. This reflects lack of knowledge related to the industry. The founders of the organization lacked in crucial knowledge about the role models, which in turn made them ineligible for training the inexperienced newly recruited employees. Moreover, from the analysis of the case scenario, it has also been found that the organization in the year of 2008 had lost out on crucial clients to large multinational organizations in the highly competitive in industry due to lack of effective promotional tactics. This led the founders of the organization; Angus and Hamish expand its business in the Asia Pacific region with the aim of targeting niche consultants within the age of 28 years who would be specialists in strategic thinking, financial planning, asset management as well as econometrics. However, the recruitment of the ten highly skilled consultants did nit assist the organization in enhancing in the competitive market of well-established multinational organizations. This is because six of the newly recruited left the organization due to lack of clear development path of career, poor mentoring, and lack of development opportunities as well as training. Besides, lack of skill recognition along with task variety can be cited as reasons for increasing employee turnover. Lastly, one of the major drawbacks, which the company witnessed was that Hamish and Angus was not able to integrate new framework for the organization since they lacked the knowledge of coping up with the new competitive environment of the twenty-first century, which was highly required.

Briefly, it can be said that the organization had several drawbacks, which have been analyzed as per the given case scenario. This includes lack of employee recognition, lack of collaboration and lack of innovative ideas along with lack of an effective remuneration structure. Besides, the other drawbacks of the  company includes lack of effective training to the newly recruited employees, who are experienced along with lack of required knowledge related to the consultancy industry. Moreover, the organization failed to incorporate an effective professional framework along with poor development path related to career as well as lack of task variety. Above all, the organization did not take resort to effective promotional strategies to sustain in effective cut throat competition.  Henceforth, Claymore Consultant needs to draw on these nine indicators of change within its procedures, structures along with framework boundaries for analyzing the current situation, which it is encountering and coming up with effective strategies.

What changes in forms of organizing must be made to the structures, processes and boundaries of Claymore Consultants if the organization is to survive and grow?

Based on the change mode of Kurt Lewin Cummings et al., (2016) has said that three steps are associated with it, which includes changing, unfreezing along with refreezing.

A frozen meal, which needs to be cooked, is required to be defrosted and likewise based on the opinion of Cummings et al., (2016) before the implementation of a change an organization initially needs to go through the step related to unfreezing. This is because most of the people will resist the change, which needs to be implemented within the organization. The aim of this specific stage is to generate awareness among the concerned members regarding the way the current status quo is encumbering the organization in some way. This implied the necessity of analyzing the old procedures, behaviors, organizational structures along with people for showing the employees how a change is necessary for the enhancement of the organization in the current scenario. Within the context of the provided case study, it has been seen that the organization, Claymore Consultant is unable to enhance itself in the competitive industry due to old structure, procedure as well as framework. Henceforth, in accordance with the given case scenario, the organization needs to evaluate the current situation and come up with effective changes accordingly.

Based on the opinion of Tang (2019), people begin to move after being unfrozen implying change as a procedure where it is highly significant for an organization to start moving to new change. In accordance with the changing stage of Change Model of Kurt Lewin, it is highly imperative for the founders of the organization, Hamish and Angut to be familiar with the advancements and take resort to effective changes within its structure by communicating with the employees. Moreover, it should take resort to changes by effective planning as well as execution. It is then highly significant for the founders to enable the employees become familiar with the changes through effective communication. Moreover, they after evaluating the necessities for changes should assist the employees evaluate the reasons for the requirement of such change within the organization.