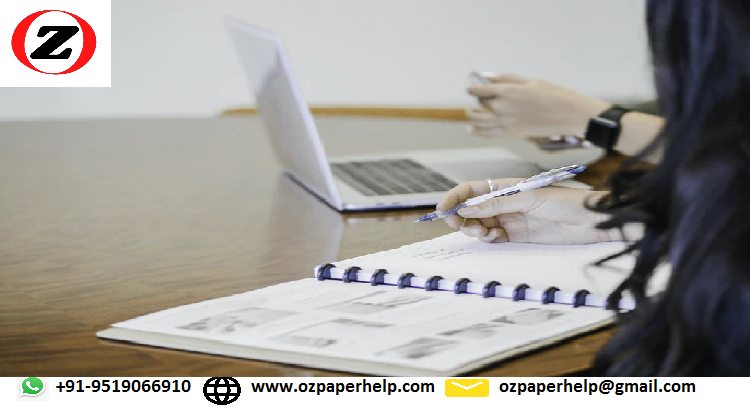 Transparency in financial statements and maintaining a healthy relationship with the stakeholders has helped Newcrest Mining is enlarging their customer base by becoming a top miner in the mining industry of Australia. Smoother service through flexible payments along with higher commitment to retain old customers has been the other main core activity of the company. Becoming the largest miner, providing superior and timely returns and ensuring safe mining for the employees has been the main core activity of the business.  In addition to the focus on employee safety and customer benefit by embracing new technologies has helped the company in maintaining an active balance between profitability and societal betterment.

Effective implementation of new strategies, accuracy in financial statements and higher competitive edge attainment has become the long term success mantra among organizations. Becoming miners of choice among all stakeholders, delivering financial and operational commitments and forging a stronger Newcrest Cutting edge has been the main reason behind the long term success in the company. Overview of the financial as well as a nonfinancial performance of Newcrest Mining Company has been the main subject matter for focus in this report.

2.1: Company- Activities and financial performance of the company

2.1.1: Description of the core business

The company is the leading miner in the country generally looks after the safety of the employee first. The main business of the company is to become the stronger pipeline of the green fields and brownfields that could ensure higher competitive return gainer among the shareholders for longer periods (newcrest.com.au, 2019).  The professional and legal requirement for disclosing the core activities has urged the company in stating these core activities in the financial report. A wider range of sustainable development and effective maintenance of business regulation has been the first and foremost duty of the company. The core business of the company has been extended to Indonesia, New Guinea and Bonikro therefore apart from Australia it has been business spread over to Australia also. In the list of core activities the 2020 aspiration of developing Zero Fatalities and preparation of industry-leading TRIFR has shows that the core activity of the company is to reduce the health impacts and injuries among the workers (newcrest.com.au, 2019).

External sales revenue of 5 segments and others has been US$3562 million and total assets of those five segments have been US$7462 (newcrest.com.au, 2019).

BIS oxford has recently reported that within 2032 the mining exploration will lift and new investments will surely come into the line. As per the ABS data sets, the mining industry is expected to show a growth of 2.5% in the coming year and further growth of 5.5% has been reported in 2018 (businessinsider.com.au, 2019). Therefore, a further increase of over 5.5% has improved the economy of the country by increasing profit and cash margins. The company has been classified as a mining company under ASX and Port Moresby stock Exchange. The company required to disclose financial requirements by showing complete abidance with AASB and Corporation act 2001.

The enormous investment boom and completion of $200 Billion LNG projects will create an expectation of double-digit growth in 2019-2020. This investment boom and more mining exploration could help in improving the profit and operational growth of Newcrest Mining by 3% in the next few years (businessinsider.com.au, 2019). Main competitors of the company are Freeport McMoRan Copper & Gold Inc, BHP Billiton Limited and Newmont Australia Limited. The competitor focuses on the creation of a loyal base of customers and also focuses on the creation of stronger ground for mining explorations at a lower cost. Therefore, strong competition is faced by the company Newcrest from the competitors. However, all the competitors and the company itself works together for the betterment of the mining industry and has succeeded in the development of a stronger pipeline of exploration both within the country and internationally.

The capital structure shows that net debt of the company in 2018 has been $1040 Million whereas in 2017 the net debt was $1499 Million. The growth in cash equivalents from $492 to $953 Million has resulted in this debt decline. This shows that effective debt management has been practiced by the company. On the other hand, a huge increase in the equity shares as compared to the previous year has shown that accurate balance in debt and equity has been maintained by the company.

2.1.4: Describing the elements of financial performance

The main elements that determine the financial performance of the company include information about revenue, profit, investment, and liquidity. The debt to equity ratio of the company stated in terms of leverage ratio shows that due to decreasing debt amount the ratio has been only 0.7 in 2018. The decreasing trend in leverage from 2014 to 2018 has shown that debt reduction and equity enhancement has been the main motto of the company.

Current ratio analysis reflects that increasing current assets and decreasing liabilities has to lead to the enhancement of the current ratio from 1.88 to 2.57. Liquidity management through debt reduction has stated that the company can pay off the debt obligations by converting the assets into liquid cash easily.

Recent market release report states that Newcrest has completed 70% of the acquisition of Red Chris but after the reporting date forward working plan for the deal was released. The deal of acquisition states that the strategic goal of becoming a global portfolio in Tier 1 could be achieved by acquiring Red Chris. Newcrest has been pleased to announce that recently 70% joint venture with Red Chris has been completed and they have acquired 70% of the Red Chris (newcrest.com.au, 2019). However, transformation plan with different elements like resource drilling, exploration drilling, open pit, and process plant optimization along with block cave PFS design could help in transforming the old mining technology by introducing a new one.

2.2.1: Identification of carrying the amount of PPE

The carrying amount of the plant, property, and equipment (PPE) by each class has been US$ 3616 Million in 2018 (newcrest.com.au, 2019). The carrying amount of the PPE in 2017 has been US$ 3955, which has been adjusted against the expenditures incurred during the year where depreciation, disposal, impairment loss, and foreign currency translation has been adjusted for getting the value of US$ 3616 Million.

Accounting policies of PPE states that carrying the amount of the capitalized exploration as well as evaluation assets are used for accessing the impairment costs. According to AS 10 PPE, needs to be a tangible item that is held for production and expected to be used for more than 12 months (Cañibano, 2018). In addition to that initial costs are those tangible items that are used for administrative purpose. As per the carrying cost as identified in Profit and loss account carrying the amount of that PPE are done.

2.2.3: Identification of intangibles and discussing its relevance

The intangible assets for the year 2018 have been amounted to be US$ 42 million. The cost that is incurred for the development of technology systems and software has been used as intangible assets where depreciation has been calculated on a straight-line basis. Customer base and reputation of the company has added more value to the business by helping the company in attaining higher competitive advantage in the long run (Keller, 2016). 10% composition of intangibles assets has helped in earning more operational efficiency than the competitors.

2.2.5: Identification of impaired PPE and intangibles

Total assets impairments of the company have been $194 Million after-tax where $188 million has been generated from the gold mines and written down PPE impairments amounted about $72 Million. The company has flag down total impairment of US$ 270 Million in 18-19, which comprised of mainly PPE and intangible assets. Investment with associates has been impaired and the accumulated amount of that asset has been the US $ 324 million

According to the CSR report, the main key initiative of the company has been sustainable mining delivering profitable and safe operations. The company generally engages local communities so that environmental impacts could be accessed easily and this could further help in taking business decisions transparently and ethically. Five core pillars of sustainability include the safety of the employees, creating value, maximizing operational efficiency, embracement of new technology and focusing on profitable growth (Ali, Frynas & Mahmood, 2017).  Key initiatives of the company for improving sustainability are as follows: