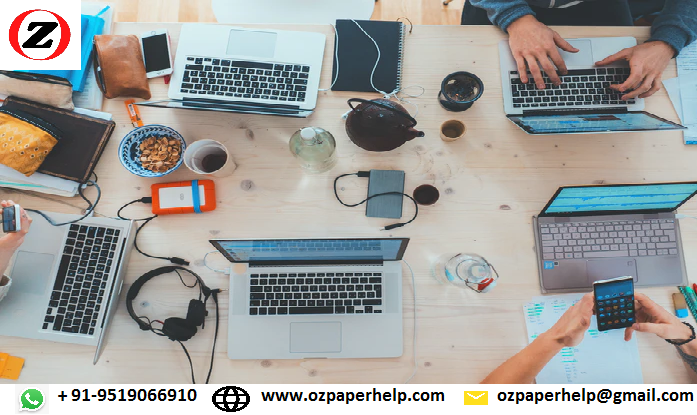 Business and the Business Environment

Business environment is sum of internal and external factors that affects the function of the company and how a company works. Here we are going to talk about different sectors and their scopes and their interrelationship. Later on, their macro and micro environmental factors are going to be discussed.

Different type of organisations and their basic information

Organizations are divided into three type depending on their various aspect. They are public sector organization, private organization and voluntary organization.

Public sector organizations are typically controlled and funded by the government and they are not meant to make profit rather their sole purpose is to serve everyone in the country. Examples are police department which is there to maintain law and order in the state and bring justice to the citizen, education system is to educate everyone in the state and provide knowledge at no cost, and hospital system which are responsible for providing medical help to the needful citizen. This sector is funded by the government which it earns form the citizens in the form of taxes and fees. The size of a public sector organization in UK is big according to its geographical location as the organization caters to the entire country. Their mission and objective is to provide service

Unlike the public sector, private sector is not controlled by the govt. their sole purpose of existence is to make profit out of its product or service from either domestic or global market. This profit allows the company pay their employees salary and other benefits, and also dividend to its stakeholders. This sector’s only aim is to earn revenue for its business and survive in the market by competing with each other. They provide right and quality service to earn the trust and goodwill of their customers and to retain them. Example of private sector companies is like H & M of UK.  ErlingPersson founded this company in 1947 in Sweden and they sold women’s fashion clothing. In 1974 Stockholm stock exchange listed H&M. It’s now become a global organization which has more than 3500 outlets of fashion trends all over the world. Its objective is to lead the sustainable fashion industry. H&M stakeholders are like their employees as internal stakeholders and the externals are like creditors and suppliers other than the owner himself.

This sector is there for helping the needed without much of any profit from it. Its only purpose of making profit is to sustain as an organization so that it could do the needful for the people in distress. Also they are called the charity organization. Their purpose is not for generating revenue for their worker as they work for nearly free and for charity by their will. Examples of voluntary organization like Oxfam and others. Oxfam UK has 70 years of experience in this field and they cater in more than 90 countries all over the world. Health and beauty products, ethical home ware and gifts are their products. Their objective is to tackle poverty all over the world as far as possible including rich countries like UK.
H&M is a private sector organization has 22 production house all over the world, whom are dedicated to supply the 900 retail suppliers. Of these agencies 11 are in Asia, 9 in Europe and 1 in Africa. H&M has full ownership of all this production agencies and they are the soul controller of them. The operational controls of them also are in hand of H&M. the headquarters of H&M decides how these agencies operate and controls the production. They also controls the release of the products and the pricing strategy. So H&M has a big organizational structure and they are in full control of it. In this scenario the business objective which is to gain revenue for the organization is fulfilled due to the vast structure of this company which is operating globally.
NHS or National Health Service of UK is a public sector organization which is an independent body of the government of UK. It is responsible to care of the medical issues of the people of England. Primary caring service, dentists, pharmacists are the responsibility of NHS. It has its facilities spread all over England and catering the service to the people of UK(nhs.uk, 2019). In this scenario the organizational structure is huge and the responsibility is massive which directly affects the objective which is to provide better and effective medical aids to the people of UK, the more it has its faculty the more it can provide faculty efficiently to every corner of the
Oxfam organizational structure is geographical as they work around the world in and with a lot of countries helping the less fortunate. The charity is controlled/run by a chairwoman who is in charge of a number of trustees who makes the main decisions in the company, So Oxfam structure is flat and it doesn't take long.
As a voluntary sector organization like Oxfam of UK, well its organizational structure is based on the geography as they work all over the world to help the needful people. This organization is controlled and run by chairperson. She is in-charge of number of trustees who are responsible to make the crucial decisions for the company. So its structure is flat (Oxfam.org, 2019).
Figure 1: Oxfam organisational structure
(Source: Oxfam.org, 2019)
Oxfam therefore, is not a huge number of people are working as any other companies. It always tries to make the number of managers working for them down and voluntary people’s umber up. Most of its trustees and voluntaries are not paid so the use this methods to control the cost and make it a down as possible.
The interrelationship between organisational structure and objective with the organisational functions
H&M follows a functional business or corporate structure. Under this kind of corporate structure, employees are grouped by the organisation according to similar or specialised set of functions and roles.

Figure 1: Organisational structure of H&M
(Source: Slideshare.net, 2019)
Each of the brand is accountable auto a single responsible individual that also holds local cells companies. centrally multiple number of the joint group together functions which supports every brand for enjoying different advantages of common areas such that each of the brands as well as country can work purposefully as per the central guidelines and policies. Chief executive officer (CEO) as appointed by board of directors in H&M is quite responsible for the daily management operation in group as well as a members of the team of Executive management(About.hm.com, 2019).The team comprises 10 members along with so out of which six members are women. the entire executive management group consists of individuals were responsible for joint group execution- production finance sustainability communication expansion Business Development
PESTLE  analysis is a tool used by marketers to analyse or monitor the macro environmental factors on the business. To identify the environmental factors of H&M the pestle analysis should be discussed.
Now, pestle analysis has components which influence the environment of business. Each letters donates that, political, economic, sociocultural,technological, environmental factors and legal factors. This factors has an impact on H and M as follows,
Political: H&M is a global brand and having their stores all over the world. As this brand, have multiple stores in such countries like Lebanon, Turkey, and Egypt. Political environment is highly unstable there.  H&M profit drops due to Brexit Woes (Stremlau, and Tao, 2016).  The brand has to collaborate due to regulatory reasons. The globalization surge across the globe is one of the most important factors.One more factor Economic instability due to trade restrictions in North America affected the business.
Economic: Due to Brexit, the Europe suffered from the currencies. In June 2017 the sell got upgraded by 7% comparison to June 2016. But the growth was about 10% when the calculation was on Swedish currency, kroner. The tax system got changed in the Asian market created problem for the business. Changing labor laws, increasing disposable income in emerging market is an important factor (Alderin, and Do, 2016).
Socio-Cultural:Because of highly use of social media, people are highly influenced through celebrities. They demand to buy more fancy, trendy and designer goods. So H&M did the designer creation with biggest fashion designers.
Technological: H&M continued to develop their app as people are highly attached to internet connection, and they delivered a reward earning feature so that people get excited to shop more