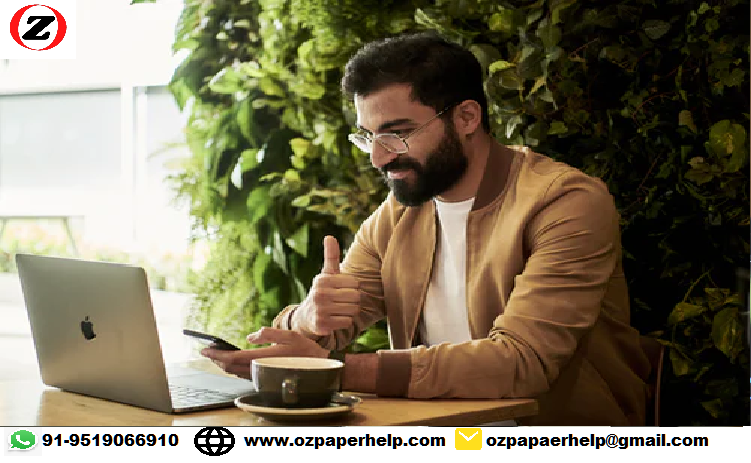 The following report focuses on the financial statement of AHAlife an American fashion market place that is registered in Australian security exchange, the company has just completed 5 years of operations and its performance many not seem very attractive to the shareholders and investors; however there are high chances that the company’s business will improve. Several ratios have been used to analyse the books of Ahalife. This report also contents certain recommendation for the company.

For this study Ahalife.com an American marketplace has been selected for this study, Ahalife is a place that connects fashion designers with different individuals by associating the designers with different fashion brands. The company was founded in 2009, and operates only on the internet and has no operations in the offline market; the company was established in New York, United states by the collaboration between Matt Wilkerson and Shauna Mei. In 2015, the company registered itself in the Australian security exchange. The company has its headquarters in Greater New York Area, in the east coast of the US (ahalifeholdings.com.au 2017). In total the company provides employment to almost 50 to 60 people.

Ahalife came in the business having a major mission; the company aims to connect the best fashion designers of the world with different individuals all over the world. The company aims to provide unique kind of lifestyle products to its customers. The unique products sold by Ahalife are made possible with the help of media, technology, design (ahalifeholdings.com.au 2016). The products sold on the platform is greatly influenced by the fashion trends across the world, travelling pattern, food consumed and above all the company also employs new types of design for its products. The company believes in a philosophy that the products sold by it enhances and upgrades the lifestyle of the people who own Ahalife products and help them to live their life to the fullest, the upgrade and enhancement is only made possible because of the designers and the brands. The company believes that the Ahalife community is very important for the development of the marketplace (ahalifeholdings.com.au 2018). In 2019 Ahalife also acquired Design milk, it is one of the most leading digital media platforms, and the acquisition of Design milk will be very influential for the growth of the company.

Vertical analysis or common size analysis is a way of analysing the financial statements of a company with the help of percentages. Both the balance sheet and income statement can be analysed by it. The common size statement of Ahalife has been made with the help of data for the last three years as in the first two years of registration in ASX the company earned no revenue. The common size analysis of income statement is done by dividing the different elements of the income statement by the revenue earned by sale. It can be observed that Ahalife has a cost of goods sold of about 54 to 60 percent constantly for three years, this shows that the company has too much expenditure while producing goods for sales, the operating expenses of the company is more than double in 2016, this explains that the company also spends in advertising and general expenses. In all the three years the company had operating losses of about 280%, 60% and 62% (ahalifeholdings.com.au 2019). The company has a comparatively low interest expense in comparison to its revenue; the interest expense is not always lower than 0.60%. Interest payment after the operating loss, increases the burden on the company and the net loss is almost 279% in 2016 and in 2017 and 2018 the negative net profit further decreases (Aba, Ladeinde, and Afimia 2019). The common size analysis of the balance sheet of Ahalife reveals that the company has only two major current assets, the total percentage of current asset is 95.9% in 2014, in 2015 there is no noncurrent asset, and from 2016 to 2017, the company saw an increase in the non current asset but again in 2018 the fixed assets decrease. Major liabilities of the company are short term debt, accounts payables, the company has negative retained earnings of -548 percent in the first year and then the retained earnings further decreases every year (Abraham, Harris, and Auerbach 2017). Going by the horizontal analysis of the company, in general the cash increased every year except in 2017.

For income analysis of the Ahalife, gross margin, net margin, EBT margin, EPS will be used. ROE ROIC and ROA will also be calculated to see if the company is earning enough profit for its equity shareholders, other stakeholders and to check if the firm has enough funds to buy and upgrade its assets (Kim and Sohn 2017). The only source of income for the company is ales of different fashion apparels and accessories from its website. However, when the company was first incorporated in ASX in 2014, the company earned no revenue in the first two years that is 2014 and 2015. Therefore for the first two years the company had no gross profit, net profit, operating profit, EBT margin. Apart from these ROE, ROA and ROIC cannot be calculated for 2014 and 2015. In 2016, the company made its first sales after incorporating. The revenue earned in 2016, 2017 and 2018 are AUD 7138917, 6556432 and 6635142 respectively. In 2016 the gross margin stood to be 39.1% the gross margin increased in 2017 to 45.91% this was the result of a decrease in the cost of goods sold. However, the gross profit further decreased in 2018. In 2016 the operating margin was 279.5% this shows that the company had really high administrative expenditure (Kim and Im 2017). The operating margin since 2017 has been reducing. The EBT margin is very close to the operating margin demonstrating that very low interest is paid by the company. The net margin is exactly the same as earning before tax and no tax is being paid by the company as the company is suffering from serious losses. The return on asset in 2016 is -502.05% ad in 2017 is -82.31 and -103.98 in 2018. This shows that the company will not be able to incorporate its revenue for buying new assets. The ROE for 2016, 2017 and 2018 is -784.61%, -122.85% and -163.62% respectively. The ROIC of the company is -755.94%, -122.58% and -163.32% for 2016, 2017 and 2018. The EPS is about 2.74 in the first year, however, after that the EPS has been negative. After calculating and studying the various profitability ratios of the company, it can be said that the company needs to work on revenue model and sales technique.

In order to know about the capital structure of the company, debt to equity ratio will be calculated, the cash flow statement will also be studied to check the flow of cash from the different investing activities. Checking the cash flow will reveal the issue of shares and debentures by the company. Capital structure analysis of a company is very important as it tells if the firm is more dependent on its own shares or debentures (Robinson et al. 2015). After studying the cash flow statement and balance sheet of the company, it is very clear that the company uses both loan and equity share. However, the amount of debt is very low in comparison to the equity funds and the company mostly uses short term loan and quickly pays them off this is evident from its cash flow statement. In 2016 the debt to equity ratio was 0.02. The total debt to equity ratio for 2016 is 131 and it increases again in 2017 the financial leverage for 207 is 2.87 and it further decreases to 13.2 in 2018. It can be seen that that the company was constantly changing is financial structure and was issuing shares from 2017 onwards.

All firms have some kind of risk, and the company's needs to reduce the risk involved and then grow; this is the major way of surviving in the market. The company has been incorporated from 2014 since its incorporation, it has been 5 years. The company faces stiff competition from different major fashion brands and websites; it is the company's major risk (Yakovleva 2017). Apart from this, the company also needs to find new designers who can design new stuff for the company. The company also has a really bad creditability because in the past 5 years the company is not able to earn any kind of net profit so credit agencies are not ready to provide credit to it. The negative profit figures of the company is decreasing, however, it is not able to earn any kind of proper profit figures, the growth of the company can be measured in terms of revenue earned (Sari, Nurlaela and Titisari 2018). In 2017, the company saw a downfall of 8.16% in the revenue earned when compared to 2016. When compared to 2017 the revenue increased by 1.2%. If the profit figures stay the same the company can soon become bankrupt.