An economy of scale is referred to as cost advantage, which arises from increase in the level of output. It mainly refers to carrying out of production activities at a low level of cost involved. Such economies of scale arises mainly owing to the prevalence of inverse relation between fixed costs per unit and the quantity of goods produced (Borenstein and Rose, 2014, p.100). The economy of scale is also capable of reducing the amount of variable costs per unit owing to synergies and the efficiencies with respect to operations involved. An economy of scale is very important in case of markets practicing Monopoly. This is backed by the fact that, the economies of scale can help the monopolists enhance its level of profit level by enhancing its level of production at a very low level of cost involved.

In 2002-2003, only two major airline sectors remained dominant in Australia. One was the airline industry, which was mainly domestic based, and another which was mainly international based. The international based Airline industry of Australia has remained regulated to some extent in the level mainly based on Commonwealth (De Neufville, 2016, p.61). This is backed by the fact that the Commonwealth level is mainly subjected to the capacity controls in detail. Such capacity controls are mainly a part of an agreement based on bilateral based air service. Such an agreement mainly refers to a system long established underpinning the industry. It is the air service agreements (ASA) that assists in providing the international based legal framework. Such a framework assists in enabling scheduled international based services within the countries.

On the other hand, in case of the domestic based airline sector, the robust kind of competition that previously existed in that industry diminished largely owing to certain deregulations practiced within the industry since 1989. Such a deregulation had provided the opportunity for restrained kind of competition in between Virgin Blue and Qantas. Moreover, Qantas is regarded to the sole provider of nation based scheduled services. Some parts of the Australian Airline industry has been characterized by economies of scale. The economies of scale mainly occurs owing to decrease in the cost of production which is mainly average based. This decrease in the rate of average cost is backed by the fact that the Airline industry is a large provider of services. This implies the fact that the Industry in long run, gravitates to attain natural monopoly. The persistence of monopolization in the airline industry should be prevented by practicing some ongoing regulations in order to guarantee commercial viability of its services in the long term.

Business cycle is also referred to as economic cycle. It usually refers to economic fluctuations faced over a period of time (Homsombat et al. 2014, p.14). Exact tracking of the cycle helps the business professionals make proper forecasts based on the direction in which the economy is moving. Over here, as per the current data provided based on France, it can be seen that France is currently showing an upswing trend. The analysis of business cycle is mainly analysed by focussing on Gross Domestic Product (GDP) of the nation concerned, prevalent rate of unemployment and the level of household income. This is backed by the fact that from the table provided, it can be seen that the level of rate of unemployment has shown a downward trend, the level of household income has increased substantially while the level of GDP has remained the same. From this fact, it can be implied that that France, currently is showing an upswing type of business cycle. This means that the economy is progressing gradually. It should also be taken under consideration that the rate of inflation has shown an increasing trend. 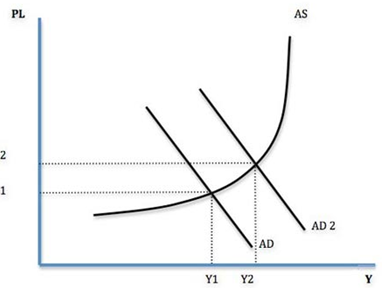 Figure 1: (Representation of the French economy in 2017)

AD/AS, model directs to reflect macroeconomic trends of economy and it is quite undoubted that most of the countries tend to believe on the same factors in terms of growth and prosperity. According to David Myers (2015, p.11), practically, a sustainable and growing economy is dependent on some basic factors like inflation, unemployment, trade balance and growth trends. As it has already been revealed that most of the theories and models depict advantages as well as disadvantages, in case of AD/AS it is the same. For a long term growth, a respective economy tends to make stress on physical resource or human capitals and in the model, the respective factors have got lesser importance. 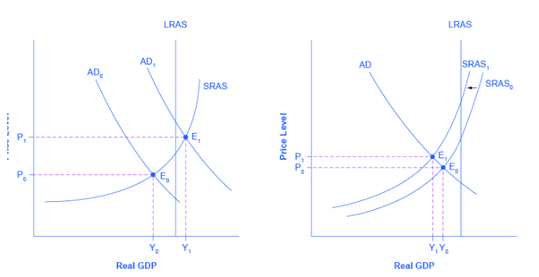 As per provided data, French government may follow AD/AS model in some terms to maintain a sustainable economy. For example, it will be possible to marginalize unemployment while global rate is increasing towards 10%. Practically, if a respective country cannot control unemployment, there will be variable economic growth in future. On the other hand, in terms of increasing physical resource or human capital, it is important to maintain sufficient FDI to strengthen the existing giant business entities. Following the French industrial base will gain a better support of economy and distribution of human capital may gain a sustainable position. It is not only sufficient to manage a booming economy or managing the platform for future prosperity, but at the same time, it is important to make some effort to avoid inflation. A booming economy is always followed by inflation and having the same, there is possibility that French government may face drawback (Borenstein and Rose, 2014, p.97). Therefore, it is supportive to maintain a marginal flow of distribution of capital and this will be diversion of the AD/AS model. As per provided data, French Government may have the reflection of the model as dimensional pressure of inflation may reach to potential growth of the country and in that concern, it will be better to follow a marginal production and distribution in terms of capital and product distribution.

Investment in further educating the workers by Macron can help in enhancing the working skill of the workers while investment on infrastructure by him can assist in enhancing the work structure. According to Narangajavana et al.(2014, p.30), improvement in the level of skill of the workers can help in improving the productive capacity of the workers, thereby helping the firm concerned enhance its profit level. On the other hand, improvement in the work structure can assist in improving the overall work environment. Good working environment in a way directly works on making the workers more motivated towards their work (Baumers et. al 2014, p.198). In addition, increment in the level of motivation is directly proportional to increment in the level of productivity. All these factors mentioned above results in shift of the Aggregate Supply curve with the Aggregate demand remaining constant. The diagram below can illustrate this: 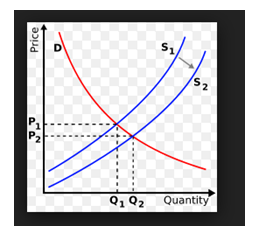 Figure 3: (Effect of increase in investment on educating the workers and on infrastructure)

Borenstein, S. and Rose, N.L., (2014). How airline markets work… or do they? Regulatory reform in the airline industry. In Economic Regulation and Its Reform: What Have We Learned? (pp. 63-135). University of Chicago Press.

Borenstein, S. and Rose, N.L., (2014). How airline markets work… or do they? Regulatory reform in the airline industry. In Economic Regulation and Its Reform: What Have We Learned? (pp. 63-135). University of Chicago Press.