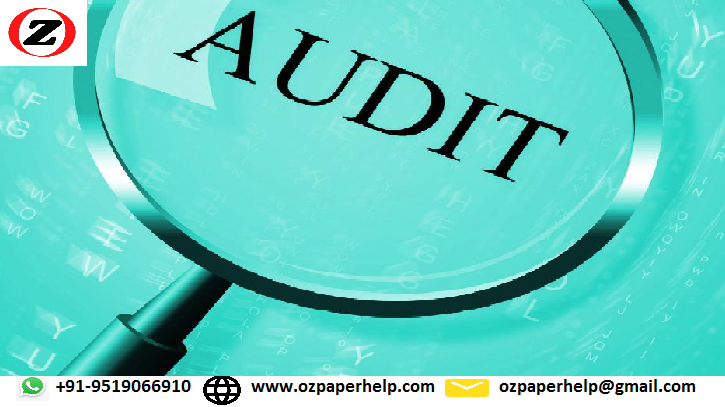 Since auditing is one of the major factors that all Australian listed entities must be focusing on, this report has been prepared in analyzing the compliance of Evolution Mining Ltd, one of the leading gold miners in Australia and one of the top companies listed under the Australian Stock Exchange. In order to prepare the report and analyze how the auditing requirements are actually being enhanced and embraced within the country, the annual report of the organization Evolution Mining Ltd has been determined and the various matter in the report related to auditing has been evaluated. From the report, the independence declaration and remuneration of the auditor, composition and functions of the audit committee and the report that has been provided by the auditor to Evolution Mining’s shareholders have been analyzed. At the end of the report, has been found that Evolution Mining has embraced all the requirements of audit and the standards for auditing.

Evolution Mining Ltd is one of the leading mining companies operating around the world from Australia (Evolutionmining.com.au, 2018). The company is a leading producer of gold and functions its five completely owned mines in Queensland, New South Wales and Mungari. Outside the mining area, Evolution Mining Ltd holds 49% interest in silver, gold and copper production in future from Ernest Henry (Evolutionmining.com.au, 2018). This report is going to conduct an in-depth analysis on how Evolution Mining Ltd is embracing the different types of auditor requirements in Australia. In order to do so, the annual report of the company will be interpreted, which contains all the key auditing matters of the company as well as the auditor’s report. In this study, the role of Evolution Mining Ltd’s auditor in assurance the control of the financial statements as well as control environment of the organization will be analyzed.

Importance of auditing and auditing requirements in Australia

Auditing is one of the main areas of concern in Australia and is of great importance to all the listed companies of the country. In the recent past as well as in the current scenario, the ways in which the enhancement of auditor’s report can be done is being paid attention largely. The IAASB (International Auditing and Assurance Standards Board) has made it necessary for all listed organizations to report the “key audit matters” of their organization as well as to enhance the manner in which these organizations provide material and financial information in plain and simple English (Iaasb.org, 2018). These auditing requirements have commenced from December 2016.

However, new requirements have also been issued with the medium of standard setters of different jurisdictions, such as Australia as well as New Zealand while other jurisdictions have committed to issue these standards soon. In Australia, a number of key standards are also prevalent for ensuring the improvement of the audit requirements in the country and companies disclose all their audit matters. The ISA 701, 700, 260, 720 and 705 are the main standards set in Australia for ensuring proper audit of financial statements (Iaasb.org, 2018). Therefore, it can be understood that auditing is of great importance to Australia as well as its listed companies.

According to Louwers et al. (2015), an independent auditor refers to either a CA (chartered accountant) or a CPA (certified public accountant) who plays the role of examining the business transactions and financial records of an organization with which he or she is not affiliated. The importance of the role of an independent auditor lies in terms of examination of the evidence, which underlies in the information that has been presented by a company, and to express of opinion about the fairness and truthfulness of the financial position, material aspects, operation results and the cash flows in conformity with the accounting standards and principles. There are various standards set out in order to determine and ensure that independence of auditors in a company. The ISA 700 is the key international standard, according to which organizations require having a statement on the independence of its auditor along with fulfilling the ethical responsibilities in relation to the relevant Code of Ethics (Fakhfakh, 2016). However, in Australia, a separate declaration has to be provided by the lead auditor under Section 307C as per the Corporations Act 2001 (Cpaaustralia.com.au, 2018).

The independent auditor of the company also states that they are independent of the Evolution Mining Ltd Group and has completely complied with the requirements of independence stated under Corporations Act 2001 as well as the ethical requirements under APES 110 (ethical codes for professional accountants), which are relevant to the audit of the financial report of the

company. Hence, it can be evaluated that the auditor of Evolution Mining Ltd has compiled with all independence requirements.

According to Kabul (2018), the independent auditor’s report is a report or a disclaimer issued by an independent external auditor for disclosing the results of auditing the financial statements of a company and stating the reliability of its financial reporting. The analysis of the annual report of Evolution Mining Ltd shows the report that has been prepared by the independent auditor appointed by the company. Interpretation of the independent auditor’s report of the company shows the opinion of the auditor. The opinion of the auditor is that the financial reporting of the company shows a true and fair view of its financial position and performance along with complying with Corporations Regulations 2001 and Australian Accounting Standards (Evolutionmining.com.au, 2018). The report also states the basis for which this opinion has been formed and believes that the audit evidence that it has obtained has appropriate and sufficient basis for the opinion.

Non-Audit services performed by the Auditor