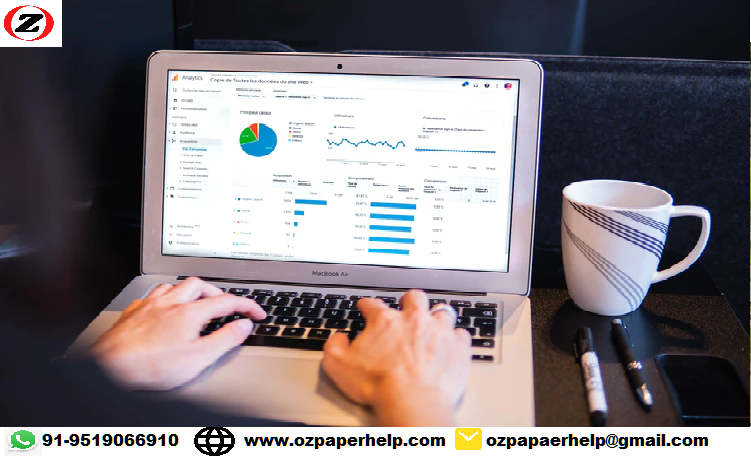 ANALYSIS ON ORGANSIATIONAL CULTURE: A CASE OF VIRGIN ATLANTIC

A culture of Virgin Atlantic is thoroughly discussed in the report structure. Schein framework can help the airline industry to reduce the gap between Organizational cultures along with National culture. Four concepts of the Schein framework are Symbols, Rituals, Heroes, and Value so that the enterprise can take the right decision within the short period of time. This framework raises technological innovation which increase communication and interaction level between all employees in the organization. Effective leadership raises the performance level of the enterprise which decreases the rate of chaotic attitude from Virgin Atlantic. An issue of Virgin Atlantic was the operational and technical failure which last for 4 years. Vivid description between GLOBE and Schein framework is thoroughly discussed in this study. Schein framework is taken into account as it focuses on high-performance work system in the organization that assists Virgin Atlantic to manage their hindrance according to its priority.

Organizational culture is essential as it helps in controlling the behaviour of employees which can help in the growth and sustainability of an organisation. It helps the employees to align their activities with those of culture, beliefs, ideologies, and principles of an organisation. In this study, the organisational culture of Virgin Atlantic has been analysed with emphasis on its issue of loss for the first time in four years. In this context, Schein's theoretical framework in the context of Virgin Atlantic has been analysed. Moreover, Globe theoretical framework and Schein framework has been explained concerning the importance of implementation of one while rejection of other in organisational context. The business report has considered the cultural context and operation for the analysis along with some theoretical underpinnings for further recommendations

Virgin Atlantic is the leading British Airways company which serves in more than 30 destinations for giving fantastic and fabulous customer services. The success of its business strategy lies in its focus on leisure and business markets while driving effectiveness and efficiency. Its mission is to embrace the spirit of humans and let them fly high. The company has a global network of flights and employs near about thousands of people which makes it a special place to work. Its CSR activities include volunteering organised activities in Mt Kenya or Fuji or giving money to charitable campaigns (Virginatlantic.com, 2018). It has around 5436000 customers in 21883 flights to 36 nonstop destinations with 21% improvement in it is On-time Performance (Refer to appendix 1). It has profits of 23 million pounds which is an increase of 0.5 million pounds from the previous year (Virginatlantic.com, 2018). To attract more customers for its services, the company has been providing the cheapest flights in Malaysia and world-class economy, business class and premium economy services. Moreover, Virgin Atlantic gives complimentary onboard dining facilities to all its passengers in all the cabin classes. Moreover, high quality and nutritious food are provided to passengers so that they can have an enriching flight experience. Besides, Upper Class and Premium Economy offer the passengers their choice of upgraded meals quick bites and light snacks.

Implementing this kind of framework in Virgin Atlantic can help it to overcome issues in its operations and enhanced costs. According to Lin, Dahl and Argo (2017), three levels of an organisation determines culture as it depends on artefacts, assumed values and values. It has been implemented in this airline as the culture of the airline is not build in a day instead it is the accumulation of changes and activities that have taken place for many years. However, Oliveira, Carravilla, and Oliveira (2017) argued that Globe theoretical framework had not been implemented in this airline because it reflects on the distribution of power slightly on cultural values and norms. It does not give importance to culture, values, and norms which is essential for Virgin Atlantic to overcome its engine issues. Active organisational culture helps in enhancing the performance of the employees and leadership qualities so that technical experts can be hired for analysing snags in the airline.  Globe theoretical framework emphasise assertiveness rather than on teamwork. Mirabito et al. (2017) commented that assertiveness does not imply that the company will be able to overcome its technical problems as aggression can lead to conflicts and problems among employees. On the other hand, Schein framework is implemented in this company because it stresses on assumed values which cannot be measured. Williams (2016) argued that Assumed values are not given importance in Globe theoretical framework which helps in enhancing work culture and build sustainable relationships. Therefore, Schein framework is suitable for Virgin Atlantic as it can help in building sustainable relationships for overcoming technical issues and cost overruns.

Schein framework focuses on a concept of culture which affects the psychological mind of employees in the organisation. It helps in having effective leadership which helps in enhancing work culture and productivity of employees. Noora and Azizb (2017) illustrated that perfect framework in the organisation occurs when real-time information flow is executed between every stakeholder of the enterprise.

Excellent communication with all stakeholders like employees, customers, government and funders increases profit margin and mitigates the chaotic attitude of the organisation. Schein Framework can aid the higher team of the Virgin Atlantic to perform comprehensive market research so that they can establish the systematic strategy in the airline industry.  Schein model revised business statement so that company can take necessary steps against each issue decently. As per viewpoint of Fareed, Isa and Noor (2016), there is a presence of three level of organisational culture which includes artefacts, espoused values along with underlying artefacts to increase the effectiveness of leaders in the enterprise.  On the other hand, Corfield and Paton (2016) mentioned that this model revised every assumption in the enterprise along with its effectiveness to enhance espoused values in it. Thus, it can be said that the revised concept of business enhances practical leadership skills which creates a positive effect on the company.

These four concepts of the Schein framework can help Virgin Atlantic to reduce a gap between Organisational culture and National culture. The systematic analysis will reduce the insecurity level from the enterprise which raises corporate culture in it and maximises the satisfaction level of the employees in the Airline industry.

It can be concluded that organisational culture depends on effective leadership, norms, values, and beliefs of employees. The enhanced productivity of the organisation depends on the working culture and the shared beliefs of individuals. In this case, Virgin Atlantic has developed many issues like technical and operational failure which has led to decreased productivity. The useful theoretical framework can help the organisation to overcome internal and external problems. Globe framework has not been adopted as it stresses on aggression rather than on cultural values and beliefs. Active organisational culture can be enhanced by cooperation and coordination among employees so that new employees can enhance their performances about peers. Moreover, it helps in implementing different resolution mechanisms so that internal conflict among employees can be minimised. Inherent values and beliefs are required for enhancing skills and knowledge of employees for better productivity.