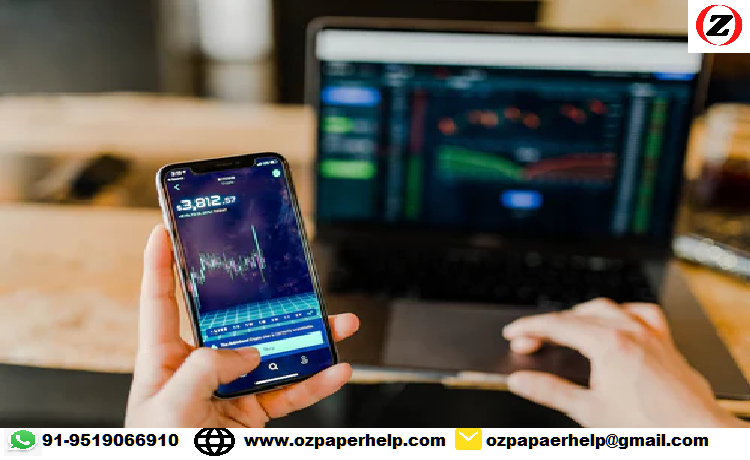 ACCOUNTING FOR LEASE A CRITICAL REVIEW

The essence of lease and the changes that could be implemented by bringing lease as a part of the lease accounts. At first, the concept, as well as drawbacks of AASB 117, has been critically evaluated in this report. The change and the need for the same have formed the second bets criteria that are to be met by the company Brambles. The concept of new standard AASB 16 and the treatments that are to be done has been highlighted here also. The records show the tendency of classifying the lease as off-balance sheet items along with suitable examples showing the changes that are to be seen in this standard has been discussed effectively.  The key disclosures on the lease contract done by the Company and the effects of the transition on the financial liabilities of the company Brambles Ltd have got special attention in this report.

Accurate and error-free financial statements, abidance with accounting standards and perfect and timely decision making combines together to give the companies the required taste for long term success among their competitors. Brambles, the leading global supply chain, and logistics business is the example of trust and remains the first option for the customers has been used as the main company for analysis in this report. Exploration of different accounting standards required to be followed by the companies for showing authenticity in accounting has been reflected as the central theme of this assignment. Further, in this report, the issues associated with the AASB 16 Lease accounting and main benefits existing in the new lease accounting has provided complete coverage stating the essence of standards in financial statements.

According to Jensen et al. (2018, p.20), Lease financing is the most important source for financing needs to be maintained well in a company and Brambles Ltd in this field is of no exception. Different issues involved in lease financing reduce the flexibility of this standard to some extent. This has been clarified as under:

Firstly, the lease accounting involves payment of the fixed amount to the lessor so inflation does not get adjusted in this making calculation less authentic

Careless use of asset can damage it much before the expiry of the asset (legislation.gov.au, 2018)

Different accounting provisions IAS 17, Leases, AASB 117 and AASB 16 are the main standards that are used for recording the provision of leases in Brambles Ltd and other companies.

AASB 117 and its drawbacks

In the words of Toland and Colwell (2017, p.32), AASB 117 (the old accounting standards for lease) was mainly introduced for smoothening the lease process in companies. Companies following IFRS standards used that standard for lease accounting since 2005. AASB 117 is mainly equivalent to IAS 17 and in this standard initial direct costs included in the definition of the interest rate is included. Apart from that in this standard, the application is done as per the Standard of Materiality AASB 1031 (Xu et al. 2017, p.34). Under this, the lease is classified as an economic substance rather than a legal form. Under these standards, the economic life is the period for which the asset is usable to the users and fair value means the amount at which the asset could be exchanged as per the willingness of the users. The drawbacks that exist in the accounting standard AASB 117 are as follows:

A drawback of not bringing all the leases into the balance sheet made AASB 117 manipulative and less accurate (Holland, 2016, p.666).

The aforesaid drawbacks that existed in the AASB 117 demanded replacement of the new version and that has been introduced as AASB 16 in the accounting standard group (Holland, 2016, p.666).

Reasons behind the necessity of the change

In AASB 117, the tendency to show all the leases as operating lease could be stopped by this change. It has been seen that the companies generally segregated maximum assets as an operating lease and shows that as footnotes in the balance sheet. This tendency for not showing as the assets in the balance sheet usually made this accounting less authentic and manipulative. This nonprotection given to the small shareholders triggered the required change. It became important for changing the lease standard from AASB 117 to new and fully equipped and better lease standard (leaseaccounting.com, 2018).

The further important notion behind this concept was that showing the lease standards as footnotes generally made the small investors hurt who have lesser resources in hand. In addition to that in the new standard generally, the assets are shown as a financial lease that has further helped in determining the return on assets that are the good indicator for performance analysis of a company. This aspect has helped Brambles Ltd in recreating the reputation and trust of the shareholders. In addition to that, the straight line expense for the entire time period of the lease remains the same got changed to the front-loaded expense that gets reduced at the time passes in the lease contract (Dakis, 2016, p.99). These necessitate the change for Lease accounting standard so that accuracy could be maintained in the lease accounting process.

AASB 16 is the new leasing standards introduced from February 2016 for replacing the off-balance sheet operating lease loopholes as seen in AASB 117. This new standard is mainly based on IFRS 16 (leaseaccounting.com, 2018).  It contains some specifications that make this more efficient than AASB 117. Firstly the asset is identified and in this respect if the asset is physically distinct and if it is substantially capable to be an asset to be received by the lessee when it is recorded under this new standard of lease accounting. Allocation of economic benefits right to directly use the asset and stating the appropriate use of the asset are mentioned as the important aspect for lease accounting in this new standard (Joubert et al. 2017, p.2). The main changes that have been incorporated in AASB 16 are as follows:

Effective from 2019, the responsibility of bringing the majority of operating lease on balance sheet is the major change done by AASB 16 (assets.kpmg, 2017)

Under the provision of AASB 117 the plant and equipment was generally shown as off-balance sheet items but under AASB 16 this is shown as right of use asset bringing more transparency in the commitments done by the company for lease and also serves as the tool for determining the performance benchmark of the company (home.kpmg, 2018).

Showing the lease expenses as front-loaded and reducing the value of that expense as the time of the contract goes has been the major change done for bringing more authenticity in the lease accounting treasury. (nsw.gov.au, 2017)

Brambles Ltd also by using this new technique have helped in making the financial statements more authentic and error free.

Previously when IAS 17 was followed then the companies that are reporting their lease in footnotes now need to maintain a full record of the lease in the balance sheet and not in the footnotes, therefore, the companies that are using an only significant level of lease suddenly reported an increase in assets or liabilities. This confusion due to change could reduce their stakeholder's investment. This change could impact their performance ratios as the situation of a lease or buy option will arise in the companies using significant lease (pwc.com, 2018). Accurate recording of the lease shows that accuracy and transparency are maintained in the accounts that could further help in significant recording of the assets and liabilities in the balance sheet of the company and Brambles Ltd is no exception to this.

Therefore, the companies need to take better guidance and this stepwise recording of lease asset and estimation of the lease amount shows that it becomes a time-consuming task for the companies who use a significant amount of lease.