Australian Constitution act was enacted by Parliament which executed Australia’s commonwealth. Moreover, commonwealth temperament formed powers, roles, and structure of Parliament and discloses a process for modifying authority and the constitution for implementing current regimes to council. Additionally, it issues power making laws to the commonwealth as well as states estimated during federation. Hence, power making laws are classified such as- concurrent, exclusive, residual, and specific powers. Furthermore, differences between such groups are underpinned as- 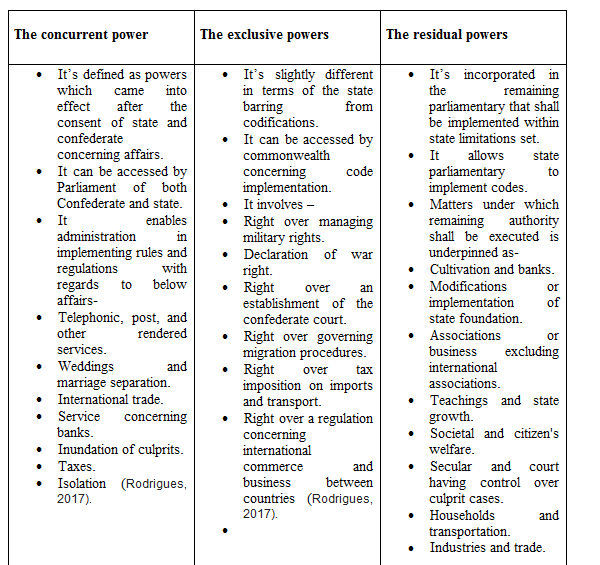