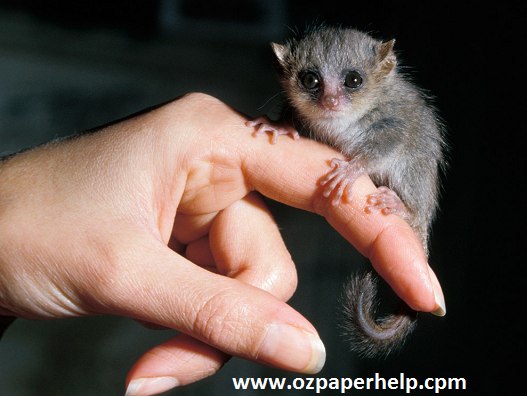 An overview of Grey mouse Lemur:-

Experiments have revealed that there are some primate species that show both daily torpor and seasonal multi-day hibernation. The grey Mouse Lemur is no exception to that rule.

The Grey Mouse Lemur, also known as Microcebus murinus appears to be the smallest primitive primates still alive. It is the smallest mouse among the other lemur species found in the island Madagascar. 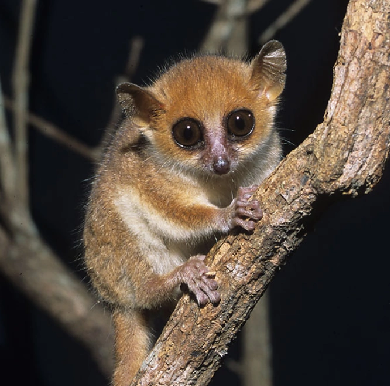 •They are omnivores. Their diet generally relies upon insects, flowers, fruits, and leaves.

•In order to conserve energy, this species enters the torpor period during the day, or at times of the year, when there is a little food available.

•This species is least threatened. It is considered one of the most abundant primates on the island.

•Healthy and pathological aging research on the grey mouse lemur, have demonstrated that this primate is an exceptional model, which could help to determine the study of age-dependent transformations in endocrine systems, biological rhythms, thermoregulation, sensorial, cerebral and cognitive functions of a human. They are very useful for human aging research.

•Chronic moderate caloric restriction can extend its lifespan and enhance the health. It is proved in an experiment that by reducing the consumption of food by 30 percent, the lifespan of this species has extended by 50 percent (6.4 to 9.6 years).

This species primarily hunt for insects from the ground to the canopy, although it tends to prefer the understorey where the vegetation is dense. The grey mouse lemur’s diet includes fruits, nuts, berries, shoots the most but they often feed on passing rodent. Commonly, they like to hunt alone. You can find a lemur resting in the trees with other grey mouse lemurs too. They also rely on nectar from flowers to get adequate amounts of nutrition.

They can be found in spiny or deciduous forest, in the drier coast, as well as in the semi-arid thorn scrub and secondary forest. They are mostly found at an elevation from sea level to around 800 meters.

Madagascar Island is the home-ground of grey mouse lemur. They usually live in a nest for 5 days and wish to create a new one. A grey mouse-lemur can use three to nine different tree holes or nests, and typically occupying each one for several consecutive days. Male tends to leave alone.

As this species is nocturnal, you can find it out at night. The pigments of their eyes are very unique when it comes to adopting the night vision, and function as to the need. They don't live in groups; rather you can say they don't give socialization very much priority. A Grey mouse lemur requires sleep during the day. They believe the idea that day sleeping is the best option for them to be out of the way of any predators that may wander along.

This animal experiences seasonal limitations in the food supply and in cold temperatures. These changes drive them to enhance their survival instinct in dry weather with hibernation. To facilitate this, they consume more food in autumn season to build up body lipid-reserve in order to make it turns into fuels during the winter. This is followed by an active summer breeding season. Hibernation and torpor are responsible for regulating the metabolic rate that inhibits many physiological mechanisms such as heart-rates, organ perfusion, kidney filtration, and neurological activity, and maintenance of core temperature of the body.

After their birth, the mortality rate is 50%. If survive, they only are fed on mother milk by two months of the age. Thereafter, they head out to find food. A grey mouse lemur will become fully matured in a year. It is seen that they can mate for about 5 years.

The Madagascar Low Eared Owl and the Barn Owl are amongst the prime predators of this species. There are numerous snakes, who find a grey mouse lemur way more delicious than other small preys. The Ring Tailed Mongoose and the Fossa are also well known as predators. They are also vandalized by humans as they create holes in trees which cost no compromise to us.

Generally, in springtime, they feel pride in mating. Females are considered to be dominant over the males. A female when chooses a male gives preferential access to food, and ultimately attracts a male.

The grey mouse-lemur is a grayish-brown mouse that has soft furs and long limbs. It has two large, protruding ears which are brown in color. There is a whitish patch between the eyes. Some individuals also have got dark, dense patches around the eyes. The underparts of the body and the throat are off-white.

It has a long figure, short legs with a long tail and a spherical face with large eyes in comparison to other species. They have weighed between 40 to 70 gm with a height of 12-14 cm. Their tails are long. It can be 12.5 to 15 cm.

The genus Microcebus was believed to own just two species with nonoverlapping ranges: The grey mouse lemur (M.murinus) and the rufous or brown mouse lemur (M.rufus). As soon as the Primatology comes as a subject in the year 2000, a primatologist team first discovered the presence of this species in Western Madagascar.

•Behind the retina of each eye, a reflective layer (tapetum) reflects light, making them easy to spot with a torch-light at night.

•This species is thought to have a promiscuous mating system.

•They are usually seen perching on thin branches of a tree and occupy ranges of up to 5 acres in size.

•Contributions as Nonhuman Primates for Research on Aging.