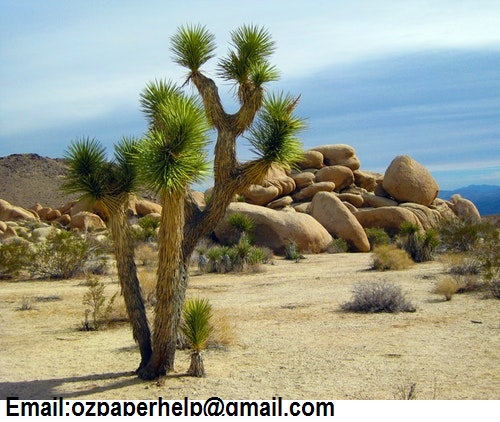 Kodak was one of the largest companies in the production of old cameras and film cameras. The company has been at the helm of the camera industry for 133 years and has achieved a long history of great success in the camera industry. Founded in 1892 by George Eastman, the company was specializing in the production of photographic equipment and materials, based in New York. After a long history, the company officially declared bankruptcy, but could have wisely avoided it. The company achieved a 90% success in acquiring the US market, but since the late 1990s, the company has been suffering from the low sales of its film products due to the digital camera appearance. The company started to fall in 2004, Of Dow Jones' list of the top 30 companies in the United States, but the price of the company's shares declined significantly in the US stock market, until the share price reached one dollar. With the company's beginnings, which relied on the so-called razor-blade strategy, in order to obtain high marketing quotas for both film and photo paper, the main principle of the company was to produce large and low-cost Powerful advertising, thus achieving global reach, focus on the customer by constantly searching for it. After this long history of success, the company announced its bankruptcy in 2012, the company resorted to that step to protect the assets of the company from creditors and reorganization, did not predict the company revolution digital photography and smart phone cameras, and was trying to compete, after Citigroup provided a credit facility, Worth $ 950 million, to save the company but also no longer competitive enough to compete with major camera companies such as Canon and Nikon. Kodak was a juggernaut of a company; but the tragedy of its collapse runs deeper. It is not that the company could not have saved itself by responding to change. The tragedy is that Kodak invented the change that eventually killed it. A Kodak engineer, Steven J. Sasson, invented the first digital camera in 1975. In an interview with the New York Times, Sassoon describes how Kodak’s management reacted to negatively his camera because it was filmless photography, instructing him to tell no one about it. Kodak is not the only company that has gone through this cycle of near death and then a slow revival. Other examples include Nokia and Blackberry. The important question for corporate leaders is why large companies struggle with doing innovation during the good times when they were still profit making. Do companies need a crisis before they start to respond to change? Is it necessary for companies to experience a near collapse before they start innovating? He further said, one of the questions I often get asked is why I care so much about innovation in large companies. Is it not inevitable that creative destruction will result in large incumbents being replaced by new start-ups? The economic impact of large company failure is often felt more widely than the failure of a start-up. But even more important to me is the fact that the failure of many of these companies is mostly unnecessary. Most large For Resubmission opportunity: An assignment provides the final assessment for the relevant learning outcomes and is normally a final assessment decision. A student who, for the first assessment opportunity, has failed to achieve a Pass for that unit specification shall be expected to undertake a reassessment. ● Only one opportunity for reassessment of the unit will be permitted. ● Reassessment for course work, project- or portfolio-based assessments shall normally involve the reworking of the original task. ● A student who undertakes a reassessment will have their grade capped at a Pass for that unit. ● A student will not be entitled to be reassessed in any component of assessment for which a Pass grade or higher has already been awarded. For Repeat Unit: A student who, for the first assessment opportunity and resubmission opportunity, still failed to achieve a Pass for that unit specification: ● The student must study the unit again with full attendance and payment of the unit fee. ● The overall unit grade for a successfully completed repeat unit is capped at a Pass for that unit. ● Units can only be repeated once. For Academic Malpractice: (Plagiarism and Collusion) In order to achieve a BTEC qualification, you must produce your own work. You will not be allowed to: 1. Copy and paste from textbooks. 2. Copy and paste from the Internet. 3. Copy from other students (past or present). Any act of plagiarism or collusion will be seriously dealt with according to the centre regulations. In this context, the definition and scope of plagiarism and collusion are presented below: Plagiarism is presenting somebody else’s work as your own. It includes copying information directly from the Web or books without referencing the material; submitting joint coursework as an individual effort. Collusion is copying another student’s coursework; stealing coursework from another student and submitting it as your own work. If you copy the work of the above you will risk having your own work cancelled and may achieve nothing. If you lend your work to others, you will also risk having your work cancelled. If you take another student’s work and copy it, the exam board may cancel all of your courses. Good practice Make backup of your work in different media (hard disk, memory stick, etc.) to avoid distress due to loss or damage of your original copy. For more information, please check the student handbook. ABC horizon 2019 Business Higher Education Qualifications Assignment Brief


DOWNLOAD SAMPLE ANSWER
ozpaperhelp.com provides guaranteed satisfaction with a commitment to complete the work within time. Combined with our meticulous work ethics and extensive domain experience, ozpaperhelp.com is the ideal partner for all your homework/assignment needs. We pledge to provide 24*7 support to dissolve all your academic doubts. We are composed of 3000+ esteemed experts who have been empanelled after extensive research and quality check. ozpaperhelp.com provides undivided attention to each assignment order with a methodical approach to solution. Our network span is not restricted to US, UK and Australia rather extends to countries like Singapore, Canada and UAE. Our assignment help services include thesis help, case study help, homework help, coursework help, MBA help and Programming help. Get your work done at the best price in industry.