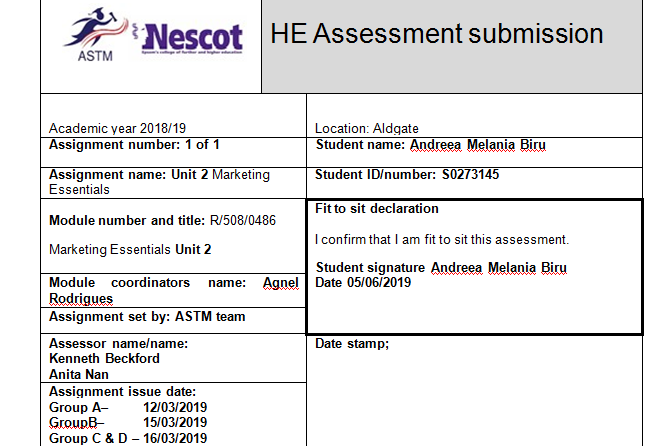 Plagiarism; defined broadly as the unacknowledged use of the work of another person.  Including words, images, artwork, computer generated work (including Internet sources), thoughts, inventions and/or discoveries whether published ornot.

Fabrication; falsification of results or evidence, for example, experiments, interviews, observations or other forms of empirical research and investigation.

Collusion; working collaboratively with others in the preparation or production of material submitted for assessment where not explicitly permitted by programme documentation.

You have explained only two key roles and responsibilities of the marketing function. P1criteria has not been met. Analysis as per M1criteria has been carried out, so M1 has been achieved.

You have compared the ways in which two organisations (Coca Cola and Cadbury) apply the marketing mix to the marketing planning process to achieve business objectives. P3 criteria has been met and achieved. M3 has been achieved because the evaluation has been carried out as per M3 criteria.