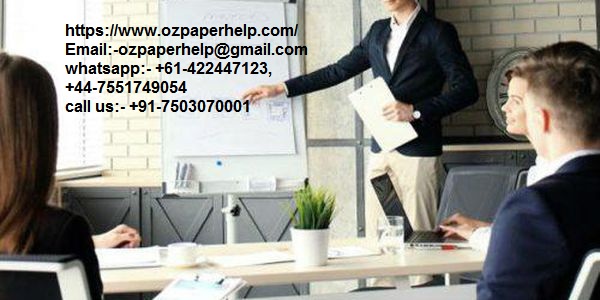 Corporate Social Responsibility (CSR) refers to a corporation’s task to review and manage the impacts that the company’s efforts have on social and environmental well-being(Woolf, 2016). CSR, in some cases, is referred to as “corporate citizenship”, as it involves short-term costs that are incurred by a company without immediate benefits in terms of finances. However, it has a positive effect in promoting environmental and social change. Corporate interests may cause a lot of harm to the local communities as corporations may engage in activities that can result in huge detrimental effects on the environment. As a result of the negative legacy, some of the companies have embraced a philosophy that manages the balancing of profit-making and committing itself to ethical conduct.  For example, Uber Technologies Inc. Uber is a company that applies technological developments within the transportation industry through its app-based taxi operation(Mims, 2014). This paper critically examines the various roles of Uber stakeholders in regard to CSR by discussing the strengths and weaknesses of Uber’s CSR initiatives in building stakeholder relationship and driving strategic objectives. Moreover, provide recommendations for future improvement in an effort to ensure satisfaction in addressing the interests of the stakeholders through its corporate social responsibility policies and programs.

Uber is a web-based transportation network company that provides a platform technology of taxi-replacement by employing an app based on locations to connect drivers and partners. Its operation has extended to over 60 countries globally. It is the leading web-based network in transportation with a competitive advantage as a first-mover over other companies that operate in a similar way. It was founded in 2009 in San Francisco, California and has experienced a rapid growth over the years (Mims, 2014). In the year 2012 through to 2013, the growth rate of uber was 369% and 300% in 2014 (Mims, 2014). The progressive and massive growth is due to the taxi company’s efforts to rise through expansion efforts in the market space as fast as possible. The efforts that contribute to its massive growth include minizing their competition in relation to price with the risk of losing profit margins in the process. With its corporate culture, innovative technology, and qualified drivers and cars, Uber has delivered great services to its clients at An affordable cost. Moreover, Uber has been involved in scandals related to ‘surging profits’ which has affected the trust it had with its customers. Nonetheless, Uber has served a great value to the society as part of its corporate social responsibility initiative (Woolf, 2016).

Stakeholders can be defined as individuals, groups, or assets that are involved in or affected by a certain course of action. Uber’s stakeholders include all the parties that are involved in the progress and survival of the company and similarly include all parties affected by the performance, policies,and activities of the organizationamong others. These stakeholders include clients/passengers, the partner-drivers, government and regulatory agencies, company executives, society, employees, and traditional taxi operators who are impactful to Uber with regards to CSR(Pizza, 2016). The stakeholder that is considered most important in Uber is the client base. The client base is responsible for the total revenue generated by the company. Therefore, it is of great importance to put into serious consideration the best interests of these clients. As a result, a sustainable business model will be maintained even in the future. The government as a stakeholder is responsible for the stewarding of the land which the Uber company will conduct its business. The traditional taxi operators are stakeholders of Uber who do not use apps in their taxi business to reach out to different customers. In general, the society,is another stakeholder of Uber Company and its operations have both a positive and negative impact on the societal conditions which might be observed in future years. The company directors are a key shareholder in Uber Company as they are the individuals who have made investments in the company which is important because shareholder wealth maximization is considered to be the key objective of any firm (Pizza, 2016). The employees are also important stakeholders in this app based company as they impact the company in many ways.

In terms of stakeholders’ perception towards Uber, customers view the company as a good replacement of the traditional taxi firms since it offers high quality service based on convenience and speed (Woolf, 2016). Due to this, many customers have shifted from the services offered by the non-app based taxis, thus raising a major cause of concern. The non-app taxi services perceive the Uber taxi services as a threat because of the affordable prices and better services offered, which is advantageous from the customers perspective (Woolf, 2016). A similar perception to that of the non-app based taxi services is evidently shown by the government through its efforts to introduce certain regulations that are aimed at specifically controlling various operations of Uber. Uber is an inevitable technological advancement necessary for progress from the society’s perception. Its  employees perceive the company as a boon to them because of the jobs created that would otherwise not be in existence (Woolf, 2016).