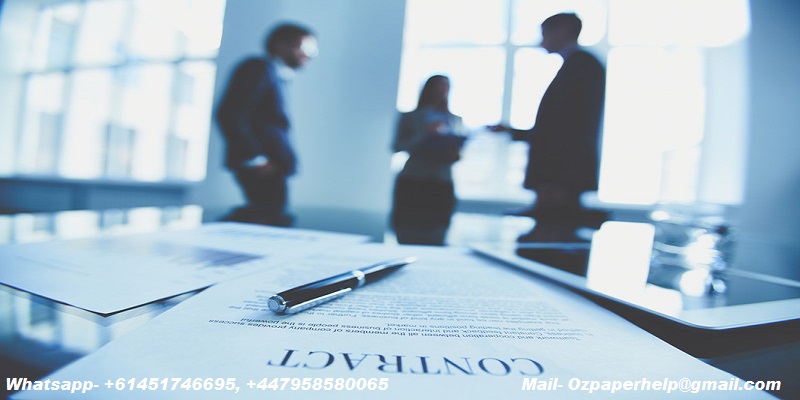 Answer the following questions with reference to the relevant statute law and general common law principles operating in Australia concerning the incorporation and registration of the company, the consequences of the company being a separate legal entity and the limits of the separate entity doctrine. Do not consider the effects of legislation potentially applicable other than that specifically identified. As a guide, students should write about 2000 words (+/- 10%), or about 1000 (+/- 10%) words per 20 mark allocation.

Richard has an extensive olive grove in the Hunter Valley region of NSW. He has around 12,000 trees established and has recently purchased his neighbour’s adjoining property with a view to expansion.

His business is flourishing and his two sons, David and Liam, have recently moved from Sydney to help him expand the business. They see opportunities opening up in new markets and would like to become further involved in the business. They want the family business to be in a form that would allow it to expand as necessary and also make it easier to raise the capital required for this expansion. They have also heard that there are tax benefits in operating a business through a company structure rather than as a sole trader or partnership. They persuade their father to take advice on turning the family business into a family-run company. There is some contention regarding the naming of the company. Richard prefers to name the company after themselves – “Ridali” – whereas David and Liam prefer the name “Rich’s Guaranteed Olives”, in honour of their father.

Advise Richard and his sons of the steps that need to be taken to incorporate and register a company.

Terry was an employee of Cosmo Mining Services Pty Ltd (CMS). CMS is a subsidiary of Cosmo Mine Ltd (CM) as CM owns 120 of the 200 issued shares in CMS. CMS owns and operates a lead, zinc and copper mine at Gunbarrel, Western Queensland. CM has an arrangement with the New Vision Bank Ltd whereby it leases all of the mining equipment and then subleases the equipment to CMS which pays CM a leasing charge per annum equal to the bank’s leasing costs plus 10 per cent.

Recently, CMS has attracted considerable media attention as scientists have discovered that CMS’s mining activities have contaminated a nearby river which supplies the water to themine and Gunbarrel. A number of Gunbarrel residents and former employees, including Terry, have contracted cancer because they drank the contaminated water. The CMS shareholders call a general meeting for the purpose of addressing CMS’s potential liability to its employees (current and former) as well as the residents of Gunbarrel. The CMS shareholders unanimously vote in favour of selling CMS’s business to a newly formed company, Lazarus Pty Ltd, and winding up of CMS. Advise Terry if he can take action against Lazarus Pty Ltd, CMS and/or CM.

You will have shown evidence of the following: