THE SUPREMACY OF FATALISM 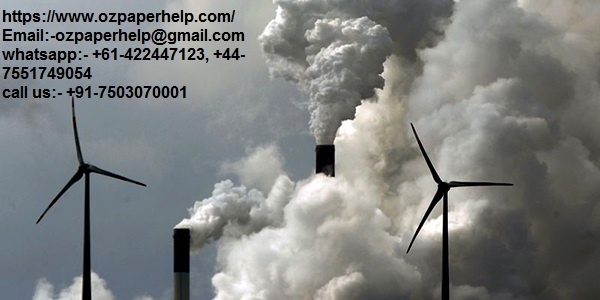 THE SUPREMACY OF FATALISM

The novel series of Harry Potter by J.K. Rowling has been immensely successful not only in the field of literature but the novels of the series have also been remarkably adapted into the movies. However, Harry Potter and the Sorcerer's Stone, the first novel in the series introduced Harry to the world. At the same time, the novel clarified many distinguished aspects and themes that were continuously implemented into the later novels. One of those predominant aspect is the dominating impact of fatalism. The pre-dominating nature of fatalism has been represented by the actions and the thought processes of the characters throughout the novel. This essay tries to critically analyze the fact that fatalism plays a pivotal role in determining the actions of the characters in the Harry Potter and the Sorcerer's Stone. It has been observed that a number of characters have taken the factor of fatalism very seriously. This acceptance of fatalism has prevented them from involving into such activities that are morally suitable. Thus, the fundamental values of the human morality and ethics have been violated. Moreover, the impact of fatalism also influence the characters into the state of being uncertain about their decisions. Thus, the fatalism does not only establishes its prominence in a direct manner but it also affects several characters in a passive way. However, it has also been observed that some characters of the novel have indeed asserted the supremacy of decision-making and individual choice of activities. These characters have tried to exercise their own individual values over the traditionally accepted conceptions of fatalism. But the influence of fatalism has dominantly determined the course of actions in most of the cases. Thus, fatalism has appeared to be the most impactful guiding factor of the decision-making ability of the characters in this novel.

The aspect of fatalism plays a pivotal role in influencing the characters of the novel to act in a certain way. Destiny and fate are obviously two of the most dominant themes that have been explored in the literature from multiple dimensions. But the impact of this aspect has not been presented so vigorously in most of the literary works. Therefore, it is indeed relevant to analyze how and to what extent the fatalism determines the actions. This would be significant to evaluate the remarks of the characters and the analysis of various other experts to establish this claim. A number of characters think that the human beings do not have any control over fate and destiny. This is evident from an incident that took place in the Forbidden Forrest. Hagrid, Harry and Harmione were in great danger. Ronan and Bane could help them easily. But these two characters refuse to help them simply by the reasoning that "Mars is bright tonight". They think that the brightness of the Mars solidifies the fact that Hagrid, Harry, and Harmione are destined to fall in danger and face the inevitable destined fate. Their thought process suggests that they cannot change what has already been decided and determined by fate and therefore, they also think that they should not interfere in the course of destiny. This kind of thought process and decision-making leads to the evaluation of Nietzsche's theory. According to the theory, the aspect of individual choice and free will adheres to the concept of human morality by ensuring the good for all. But the fatalism does not allow them to practice their free will. Furthermore, the dominant nature of the fatalism leads the characters to refrain themselves from helping the people in danger even if they can potentially help them out from the dangerous situation.  But the impact of fatalism is not only limited to influencing the actions of the people, the influence can also been observed in the lack of conviction when the characters are making their decisions.

The impact of fatalism even invokes a sense of uncertainty in the decision-making and choice making process of a number of characters including the protagonist. This impact restricts the characters from clearly deciding the assumed r expected outcome of an event or an action. But this sense of uncertainty is indeed fuelled by the utterances of those characters who believes in the supremacy of fate and destiny. These characters try to convince others that human fate is fixed and immovable. This kind of expression is supported by their astrological interpretations such as when Bane questioned harry, "Have we not read what is to come in the movements of the planets?'. Such statement influences Harry to think that the planets might potentially have an impact on the destiny and that the fate of every human being has already been sealed. Actually the importance of astrology is predominant here. But it can be argued that astrology should never be taken for granted as a all-exclusive subject. Instead of blindly supporting the results of astrological assumptions, the characters should try to realize the rationale. But it does not happen in the novel and the one-sided remarks about astrology and fate reduces Harry's ability to think from a justified perspective. This does not only lead Harry to the apparent failure in determining his choice but it also restricts him from separating the good from the evil. Harry becomes suspicious about those characters who have always tried to help him and this uncertainty of thoughts convinces him that he will be inevitably killed by Voldemort. Such kind of impact does not only go against the traditional and desired way of human morality but it also influences the affected characters and other surrounding him in a passive but considerable manner. However, there are a number of characters and incidents in the novel who have tried to insert the prominence of free will and establish that the fate is not fixed.