The report involves critical examination of the Green Light product 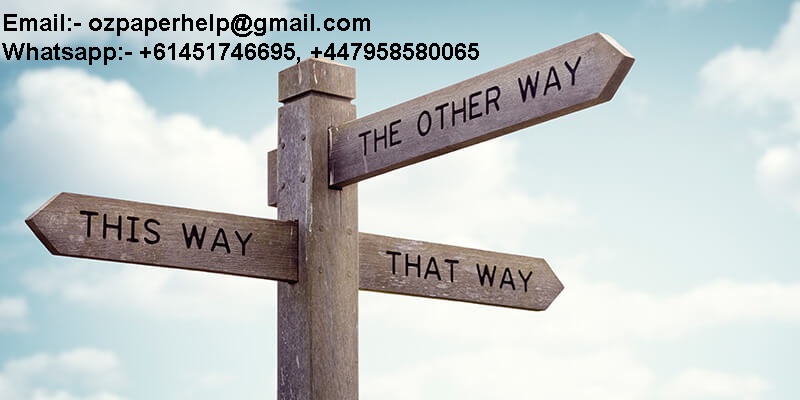 The report involves critical examination of the Green Light product

The inception of the business report comprises discussion on driving forces that has provoked the idea of integrating pedals with that of the street lights; the chosen scenario for the business idea lays the foundation for opportunities and scope in the lighting industry. The aims and objectives critically portray the deliverables of the business proposal.

1.1 Rationale behind the BI

Dreaming has been the most important traits amongst entrepreneurs and the idea of manufacturing Green lamps that are integrated with pedals has its roots deep sourcing from the scope of opportunity in the field of green lighting. Source of electricity has been making its shift towards renewable sources such as wind energy and solar energy, given the complexities in the environmental regulations and the cost cutting intentions amongst the governments, organizations and construction of new buildings the rationale of manufacturing street light that are powered by pedals came in to existence (Haustein, 2009). Knowledge gained through academic courses and personal desire of creating a green world for tomorrow paved way for listing down of thoughts and ideas that will add value to both human beings as well as the fulfil the necessity of lighting in the streets, commercial apartments and in parks (Ineson, 2009). Thus serving the niche market in the field of lighting across the globe has been the primary objective of manufacturing and selling the lamps that are integrated with the pedals with the conversion of kinetic energy to charge the batteries that aids in glowing the lamps. Building the future of green lighting by means of making the product available to each and every corner of the world is the ultimate rationale behind this idea.

Necessity being the mother of invention the current life style across the globe has provoked thoughts amongst entrepreneurs and critics. The transformation from non - renewable source of energy to that of renewable source of energy has laid the foundation for the business idea of manufacturing city light that is powered by the pedals that will aid human beings in doing exercise and also add energy to the batteries of the lamps (Ineson, 2009). There is plenty of scope in the lighting sector as the number of investments made by governments, private organizations in serving

the public infrastructure is increasing than ever before. Huge investments made by government calls for return on investments through cost cuttings, reduced wastage of electricity and most importantly making the general public participate in the revolution of green lighting. UK lighting industry has been exposed more number of challenges in terms of increasing the efficiency of lighting and at the same time reduce the total number of current spent in ensuring constant lighting (Haustein, 2009). The scenario that has been chosen for the business idea reflects the opportunities in the lighting sector in UK which has developed immensely in the past 2 decades. The challenges that are being put forward for organizations in the lighting sector by UK government stressing on increasing the efficiency and also to innovate lighting that would work free of electricity has formed the core rationale being the idea of integrating the pedals with that of the lighting in streets, commercial apartment’s and organizations (Wessner, 2010).

Dreaming as well as thinking is closely interloped with one another in the birth of a business plan, the aims and objectives of this work relies on assessing the idea of manufacturing street lamps in the light of its feasibility.

Aim: To critically evaluate the feasibility of manufacturing and selling green lamps which are integrated with thepedal lamps.

1.       To critically evaluate the idea of manufacturing and selling green lights with the help of primary and secondary market research.

2.       To explore the possible resources, core competencies of the green light manufacturing and sales.

3.       To develop the business model and business plan with uncertainty and risk assessments associated with the idea of green lighting.

1.4 Structure of the work

The business proposal initiates with discussions on the business idea and the framework under which the product would be integrated. It depicts the sequences of process and systems at place which will reflect the actual patent and business idea of the green lighting. Post the discussion on

the foundations of the business idea the feasibility of making the dream a reality is being done through analysing the feasibility of product green light, in its industry of operations - lighting industry andassessment of the issues as well as the challenges associated with all modes of resources in order to take the business ahead. Followed by the discussion on the feasibility the process of raising the funds, jotting down of the resources that are essential for making and selling the green light is listed. The final part of the report involves analysis of cause and effect outcomes that would turn as potential threats, challenge’s for the proposed selling of green lights across United Kingdom. This part is crucial as it will involve responses of the frequently asked questions by each one of the stakeholders who will involve in the process of making the product reach the destiny of the green environment.

Equal proportion of contribution from the lighting and health sector is essential in the development of green light project. The description of the business concept involves designing of the street lamps which are integrated with pedals that are being used for doing exercise by the human beings. The following figure would portray the physical appearance of the business idea (Ineson, 2009)

The idea involves the conversion of the kinetic energy that has its source from operating the pedals which in turn charges the battery that would aid the LED lamp glow. Lighting has been successful through grabbing of energy from electricity, charging of batteries through electricity and solar energy. But these does not involve active participation from the general public where in the business idea is to create and offer a product that would be available to the general public filling the lighting and health needs of individuals and groups. (John, 2010)here are more number of players who have successfully been running their business in manufacturing of lights on one hand and a set of companies who involves in manufacturing of fitness equipment’s to the general public and those who are really concerned about fine tuning their health. Exploration of the synergy through the integration of the lighting and fitness equipment forms the unique product and the business concept involves producing and selling of the equipment’s to the target customers across united kingdom.

The product: Green light is the proposed product that has equal proportions of lighting and the fitness equipment integrated together to form the lighting product.

Given the pressure from climatic changes and global warming the need for reducing the use of natural resources has insisted governments, general public, designers of commercial apartments, organizations to install lighting that will add value to greening of environment and at the same time aids in grabbing of desires and involvement from the general public (Buenstorf, 2010).

The value additions post the installation of the green lights is proposed to be abundance. Stakeholders of the product would gain the ultimate credit of using the green light as they are listed as follows:

1.       The commitment from the individuals who workout on the pedals under the light would have great value additions to their health and would also have the satisfaction of burning a set of calories and will be happy in contributing to the span of glowing of the green light.

The display along with the green light will directly portray the value gained by the end user with that of the remaining span of light to glow. This would be the first of its kind to add value to physical activity amongst the human beings and on the other hand also aids in charging of the battery essential for the light (Haustein, 2009). With the changing lifestyles the individuals are more conscious about their health and are more intended towards working out on gyms or on any fitness machine which would reduce the risk of heart diseases this is the most important unique selling proposition of the green light (Buenstorf, 2010).

The construction of superior infrastructure to the general public such as the parks, playgrounds, bus stations, railway stations, street lights and other places is done by the intervention of the government. Thus by installing these lamps the future of lighting would shift to greening as reliance on electricity would go down and considerable amount of energy is this saved with more sustainability of natural resources (Utterback, 2010).

Apartments, organizations other construction places could install the product in their infrastructure through which a considerable amount of energy is being saved and also the expenses on electricity is being cut to a greater extent.

Thus the value gained through the installation of the product is for both the individuals who work out in the pedals and also an innovation that address the challenges of sustaining environment through green lighting (Buenstorf, 2010).

As listed in the description of the business idea the specific features of the green light is its unique integration of the green light with that of the pedals connected through the device that converts the kinetic energy to charge for the battery which in turn connects the glowing LED lamp (McKeever, 2009).

In order to stimulate the participants to workout on the pedals on a daily basis the device is being installed with a monitor that displays the amount of calorie that has been burnt by each one of them followed by an indication on the time of glow remaining to the light. The following figure is an instance of the replica which would display the message to the end user of fitness’s equipment (Vaseghi, 2011)